Did Facebook 'Censor' an Image of Santa Kneeling Before Baby Jesus?

The social media platform briefly covered a religious image that has been online for years. 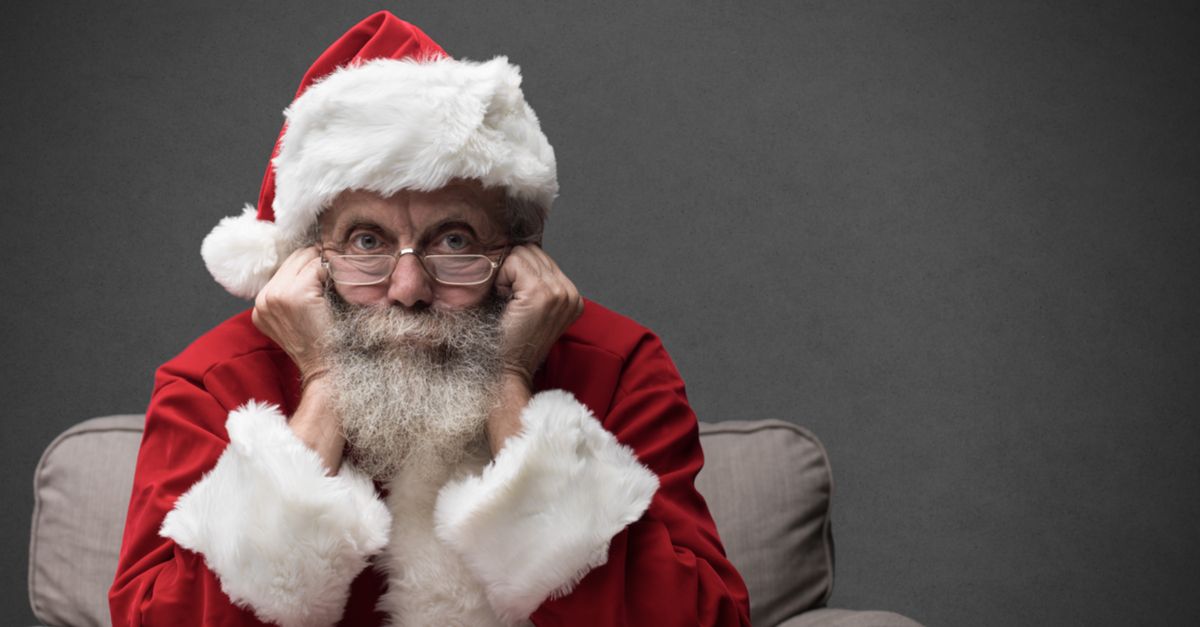 The same image has been freely viewable on Facebook for years, it was not deleted or blocked such that users could no longer see it, and the warning screen was soon removed.

On 5 December 2018, the pro-life Christian web site LifeSite reported that social media giant Facebook had "censored" an image of Santa Claus kneeling reverently before the baby Jesus because the illustration was deemed 'violent content'":

Facebook has covered over a posting of a picture of Santa Claus kneeling before the Baby Jesus, warning viewers that the photo "may show violent or graphic content.”

A second warning beneath the obscured image of Santa on bended knee, reverentially adoring the Christ Child states, “This photo was automatically covered so you can decide if you want to see it.

Users can click on a button to uncover the photo. The following day, LifeSite reported that Facebook had since removed the covering message that warned users about "violent or graphic content."

Asserting that the image was "censored" was quite an exaggeration (aside from the fact that Facebook is not a government entity), given that it was neither deleted nor restricted in a way such that ordinary Facebook users could no longer view it. It was simply covered with a warning message that a user had to click on to see the underlying picture: And LifeSite's own story noted, that particular illustration had already been present on Facebook for over three years:

The image in question — of the Savior of the World as an infant and a popularized version of a saint — was originally posted on December 1, 2015, with [an] accompanying poem explaining the touching illustration ...

In other words, as of this writing the image had been readily viewable Facebook for three years, with only a very brief interruption to that status on the platform.

It's exceedingly improbable that anyone truly thought the illustration was "violent or graphic" or that Facebook deliberately chose to place a warning message on it. As the company confirmed to us, it was "automated systems that mistakenly applied a warning screen to this image," a process that can be triggered by users (either mistakenly or prankishly) flagging an image as offensive. Facebook told us that the "warning screen was removed as soon as we identified the mistake."

In early December 2020, readers directed our attention to a post containing the image, which was made in 2015. The image was covered with a message that it contains "sensitive content," and viewers must click on it to see the image. The warning label was removed, however, after we contacted Facebook asking why it was there. A Facebook spokeswoman confirmed in an email to Snopes that the label applied to the image was an error.

Updated to note that one post containing the image was covered with a "sensitive content" warning, which was removed after we contacted Facebook asking about it.

Updated to note that a Facebook spokeswoman confirmed the label applied to the image was an error.