You cannot win a new Audi, Mercedes, Range Rover, Camaro, or other car by liking a Facebook page or post and sharing it with friends. 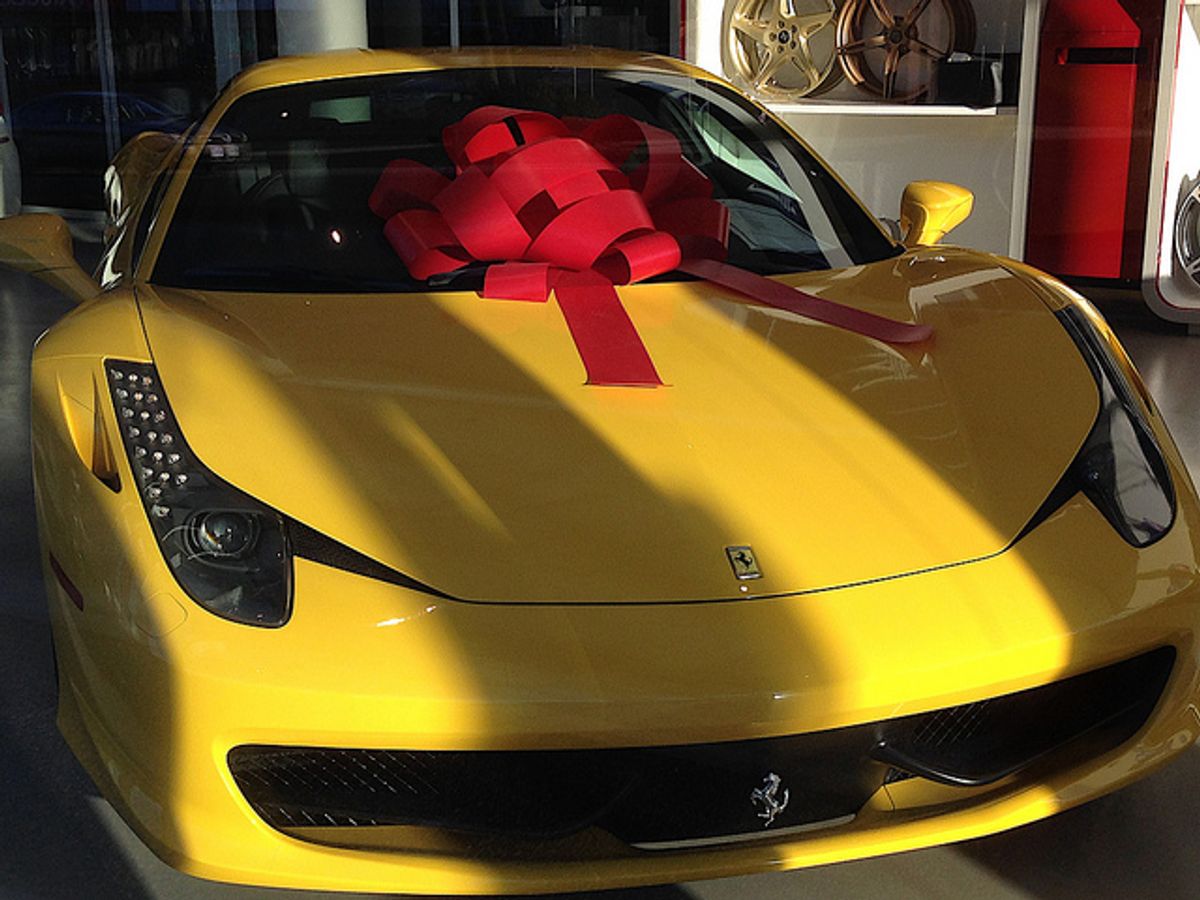 Claim:
You can win a free car by liking or sharing a post.
Rating:

In December 2014, a number of Facebook pages using car brand names such as Audi, Range Rover, Mercedes, and Camaro (among others) posted directives similar to the messages quoted above. The pages claimed that Facebook was giving away cars. Among the cars offered in the giveaways were Audi R8s, Range Rovers, Mercedes-Benz E63 AMGs, and Chevrolet Camaro SS models. Almost all the scams followed the same format: they instructed users to like a separate page, like the original post, and share the post on their own Timeline (thereby validating its legitimacy and enticing others to do the same).users were eligible to win one of two available vehicles in the winner's choice of color simply by liking a separate Facebook page, liking and sharing a post, and waiting for an inbox message confirming the winners.

In April 2016, the scam reappeared, this time with a Range Rover as the car offered in the giveaway: The first clue the giveaways following this format were not on the up-and-up was the pages to which Facebook users were directed, pages that had been created just days before the giveaway posts begin to appear. Not only were the secondary Facebook pages involved always new, they were also not linked with car companies or other interests one might imagine could reasonably be expected to offer up a car in exchange for social media advertising (such as automobile dealerships, insurance companies, or large retailers). Were a legitimate company to engage in such a high-ticket contest giveaway, the incentive would be exposure; however, no corresponding promotional return on advertising investment was discernable in these Facebook giveaway claims.

The tactics were similar to recent scams involving Costco, Kroger and Amazon gift cards, but the six-figure price tag attached to some of the vehicles involved in the Facebook car giveaway posts proved a far more difficult-to-resist enticement for some users, not all of whom questioned whether sharing a page presented any negative consequence should it later turn out to be a prank, hoax, or other false promise.

The pages to which users were directed carried all the hallmarks of "like farming" operations intended to quickly build and sell popular Facebook pages. Even if the page creators' intent were only to build an audience, users' participating in the scam created a larger incentive for employing future fakery of the same description to crowd Facebook feeds. Scammers could also exploit a large audience by mining varying levels of personal data from those who have liked a page of dubious origin. So Facebook users who participate in such fake giveaways not only unwittingly help spammers pollute the social network with scams, they may also risk being exposed to malware, clickjacking, or other unpleasantries (such as finding their names and identities endorsing a scam, hate page, or other undesirable activity).