In a sweeping ban of news in Australia, Facebook appears to have banned its own page. 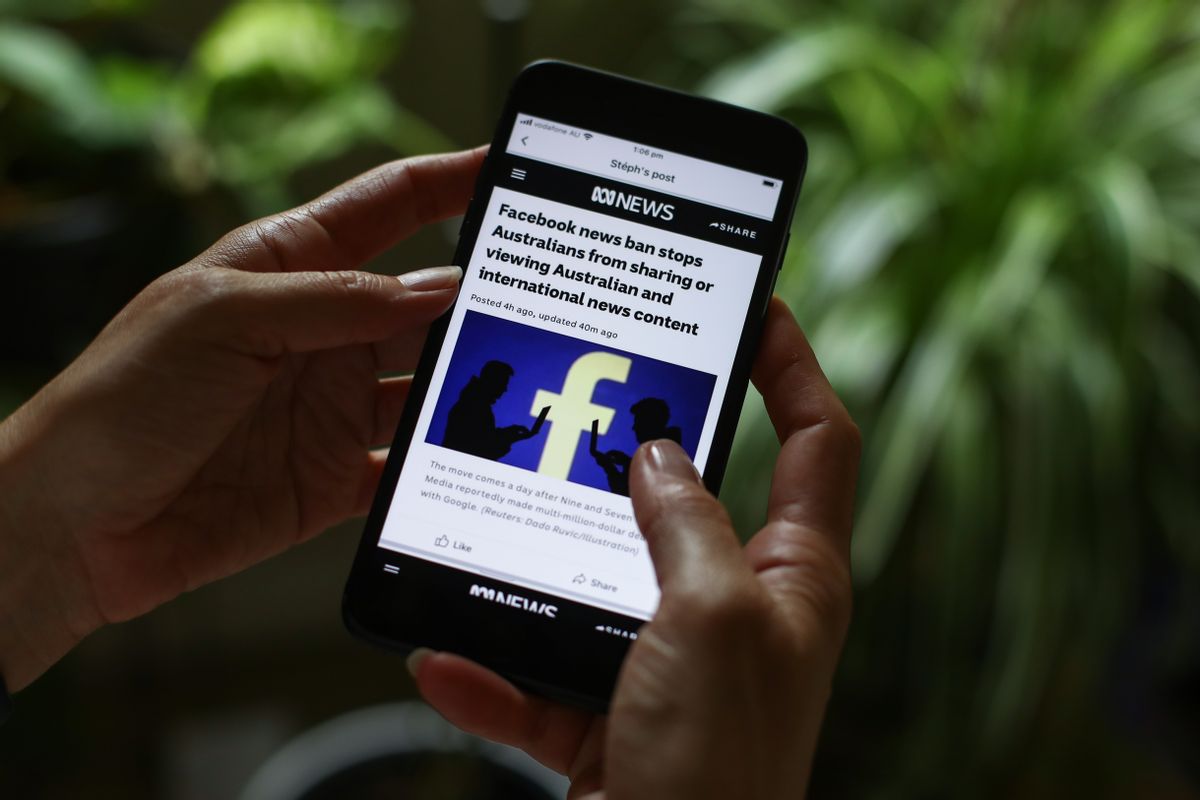 Claim:
In February 2021, Facebook banned its own page while implementing an initiative to ban all news publications on its Australian platform.
Rating:

Facebook's page in Australia appeared to be banned following its announcement that it would be banning news publications on its Australia platform.

As of this writing, it remains unclear whether Facebook's banning its own page was related to the general ban on news, and whether Facebook has reinstated that page. A Facebook spokesperson told an Australian news outlet that non-news page bans were mistakes and would be reversed.

In what appeared to be a botched effort to ban news sites on its platform in Australia, Facebook appeared to ban its own page — along with a number of pages for government agencies, health services, and charitable organizations.

In February 2021, Facebook banned news on its platform in Australia in response to a proposed law working its way through the Australian government that would require technology platforms such as Facebook and Google to pay news sources for content.

Google has chosen to negotiate and strike deals to pay news agencies. But Facebook stated that "with a heavy heart," it was instead choosing to ban news, stating:

This discussion has focused on US technology companies and how they benefit from news content on their services. We understand many will ask why the platforms may respond differently. The answer is because our platforms have fundamentally different relationships with news. Google Search is inextricably intertwined with news and publishers do not voluntarily provide their content. On the other hand, publishers willingly choose to post news on Facebook, as it allows them to sell more subscriptions, grow their audiences and increase advertising revenue.

It appears that in so doing, Facebook caught a number of non-news pages up in the ban, including its own page. The ban only affected pages for Facebook users in Australia, however — these changes wouldn't have been visible to audiences on other continents. But Josh Taylor, a journalist for Guardian Australia, captured a screenshot:

Facebook's own page wasn't the only one that was affected by the broad ban in Australia. As The New York Times reported, government agencies and various public welfare organizations were also banned:

And then Australians discovered it wasn’t just those staples that were missing. Pages for state health departments and emergency services were also wiped clean. The Bureau of Meteorology, providing weather data in the middle of fire season — blank. An opposition candidate running for office in Western Australia, just a few weeks from an election — every message, gone.

Even pages for nonprofits providing information to domestic violence victims fell into the Facebook dragnet, along with those for organizations that work with the poor and vulnerable.

We reached out to Facebook asking whether the problem would be resolved, but as of this writing, we haven't received a response. Guardian Australia reported that a Facebook spokesperson said the banning of non-news pages was a mistake:

A Facebook spokeswoman said the blocks on non-news organisations had been a mistake.

“The actions we’re taking are focused on restricting publishers and people in Australia from sharing or viewing Australian and international news content,” she said.

“As the law does not provide clear guidance on the definition of news content, we have taken a broad definition in order to respect the law as drafted. However, we will reverse any pages that are inadvertently impacted.”