No, a man didn't murder a woman who tormented him because she was inspired by the #WasteHisTime2016 Twitter hashtag. 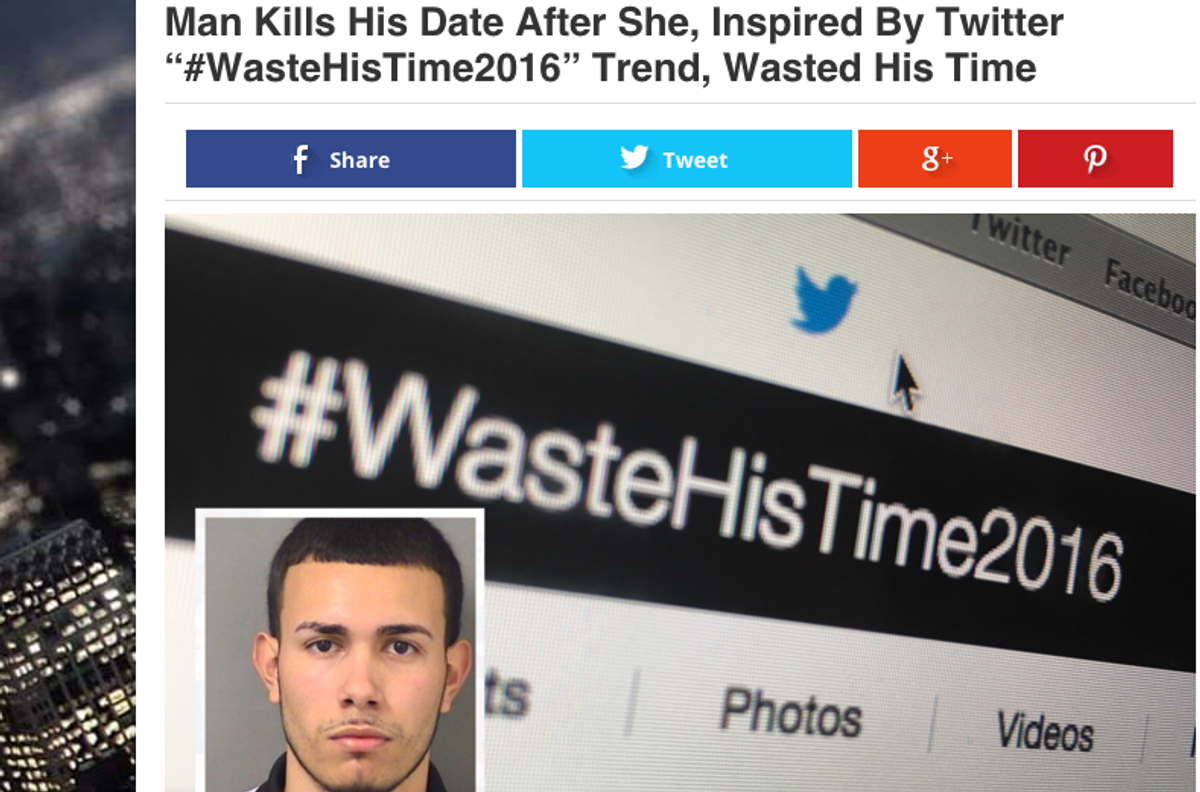 Claim:
A Denver man murdered a woman whose behavior was inspired by the #WasteHisTime hashtag on Twitter.
Rating:

DENVER – Fabian Suarez, age 23, has been reportedly arrested after killing a 22 year old woman for allegedly “wasting his time on purpose”, which she apparently gained inspiration from by a popular Twitter trend: #WasteHisTime2016 ... Suarez reportedly stabbed Lina Johnson to death Thursday night on the 5200 Block of N Monroe St. after she allegedly "wasted his time" According to authorities, Lina, who was an avid twitter user, was influenced by the “#WasteHisTime2016” trend.

The nature of the #WasteHisTime2016 tweets were clearly humorous and didn't involve actual devious plans to lead men on; typical tweets from the Twitter fad were obviously satirical:

If you really want to #wastehistime2016 Get a tub of protein powder & replace it with nestle chocolate milk powder — daniel or danyal (@sirdanyal) January 9, 2016

#wastehistime2016 when he tells u to send him nudes send him pictures of lipstick repeatedly pic.twitter.com/2wRbl1KG4N — taylor (@taylorhardee16) January 7, 2016

NotAllowedTo does not print factual stories. Its disclaimer states that all articles on the web site are for "entertainment purposes only":

Prior to the #WasteHisTime2016 murder yarn, NotAllowedTo published claims that Meek Mill was the son of Martin Luther King, Jr., that Americans petitioned to replace the Stars and Stripes with a rainbow gay pride flag, and that a Colorado McDonald's added a weed-smoking section.