Does This Video Show an Extreme Theme Park Thrill Ride?

"I dunno how to explain this but watching these rides gives me a real deep primal fear and makes me feel uncomfortable." 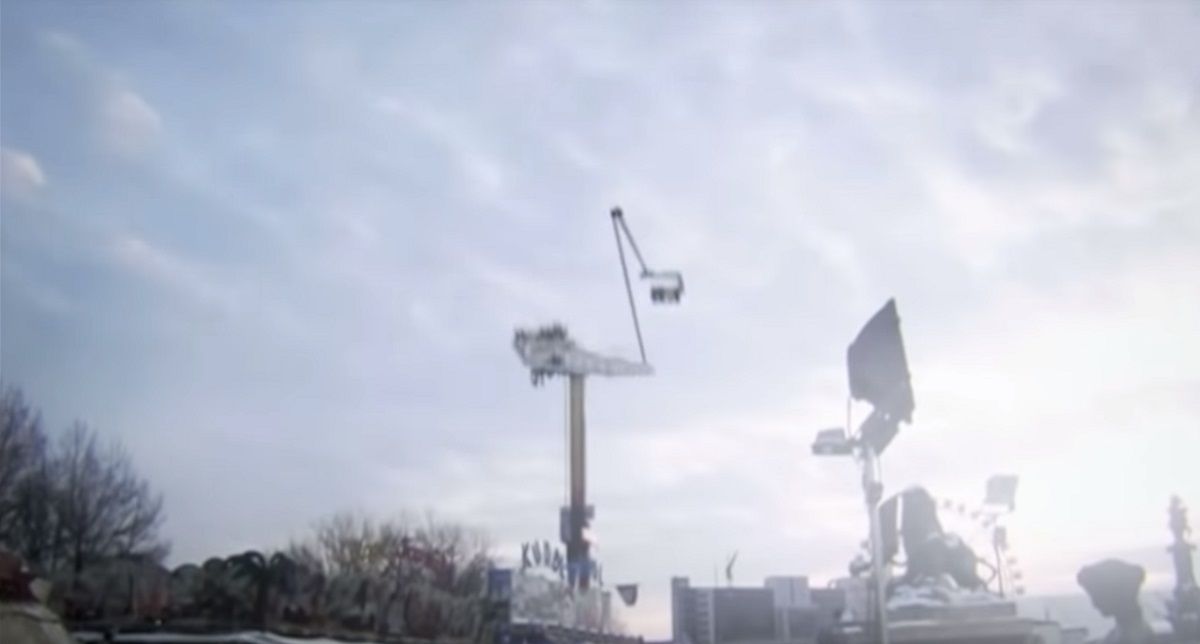 In the last few decades amusement park thrill rides have been growing increasingly faster, higher, and steeper — to the point that it's now sometimes difficult to distinguish between real "nail-biting freak-outs" and software-created renderings of gravity-defying attractions.

A case in point is the following video, which has long been generating "Is this real?" inquiries from viewers who have encountered it on various social media platforms unaccompanied by any explanatory information:

In fact, this scene does not depict a thrill ride to be found at any amusement park. It's actually an excerpt from the 2012 short film The Centrifuge Brain Project, created by Till Nowak using a mixture of live action and digital animation, as described on the Internet Movie Database (IMDb) website:

Based on his childhood fascination for the strange atmosphere of amusement parks Till Nowak created the fictional documentary 'The Centrifuge Brain Project'. He collected footage and used digital animation to create a series of non-existing thrill rides. Dr. Laslowicz is convinced: Making his machines more powerful brings him comes closer to the solution for all our problems. An obvious mistake or just typical human?

The film is narrated by "Dr. Nick Laslowicz" (as portrayed by Leslie Barany), who has picked up on a project to "study the effects of kindergarten rides on the learning curve of 4-year-old children" that has been extended to "building larger, stronger devices to examine the effects also on adults."

Dr. Laslowicz leads the viewing audience through a succession of increasingly bizarre amusement rides conceived and created to further his study — including one lasting a whopping 14 hours on which, the researcher laments, "some people fell asleep and missed their stops and had another 14 hours, and you can imagine the problems that entailed."

The "ride" seen above appears near the tail end of the film, around the 5:37 mark:

Although the thrill rides displayed in The Centrifuge Brain Project may be nothing more than products of the filmmaker's imagination, one YouTube commenter spoke for many in stating: "I dunno how to explain this but watching these rides gives me a real deep primal fear and makes me feel uncomfortable. There's something alien about these rides with their freakish size and unnatural movements. I know they're fake but they still scare the shit out of me by just watching them. This is pure nightmare fuel."