Do These Photos Show the Effects of Extreme Hot Weather?

Extreme heat waves are not to be taken lightly, even if many photographs purporting to show their effects are unrelated. 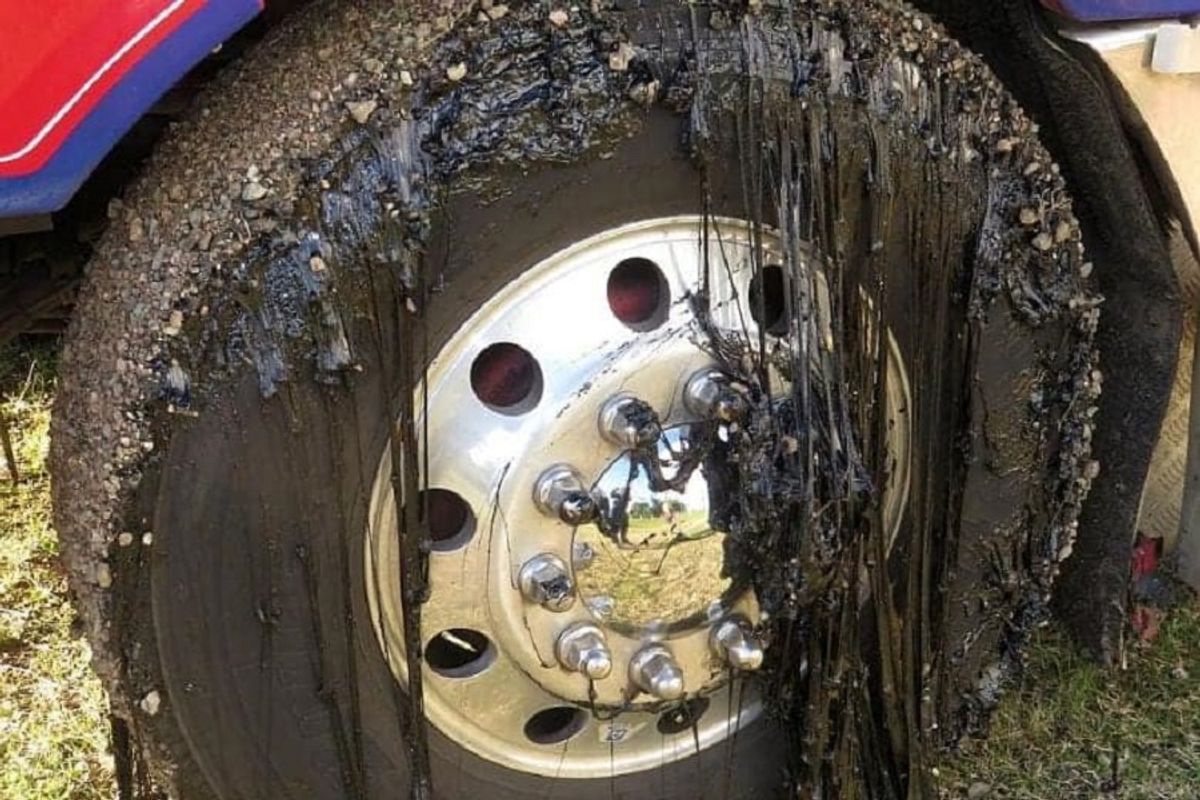 For several years, it seems, every extreme heat wave in the U.S. has prompted the circulation of photographs purportedly demonstrating the effects of intense hot weather, images picturing melted objects such as automobiles, tires, trash receptacles, ceiling fans, and street signs: However, most of the photographs included in such collections are several years old and actually capture the results of fires or weather phenomena other than extreme heat. Take, for example, the following picture of a fence that supposedly melted under the hot sun: This image was included in a 2017 BuzzFeed article about the effects of an extreme heat wave in the Southwest U.S. but was subsequently removed and replaced with a correction noting that "This post previously included a photo of a fence that melted due to a fire, not the heat wave."

Pictures of "melting tires" are popular during extreme weather events: What such photographs typically capture, though, is not heat damage to tires themselves but the effects of driving on roadways that have been recently resurfaced and/or have semi-liquified during hot weather, coating the wheels with a sticky mess.

Another much-circulated photograph appears to show a street sign whose lettering is seemingly dripping from being melted away: But this picture, which also circulated during the 2017 Southwest heat wave, was reported as being due to several environmental factors, not just a single heat wave:

According to Monica Hernandez, spokesperson for the Phoenix Street Transportation department, the sign deterioration could be linked to a wide-range of elements they are subjected to over time -- including weather, dust, and, yes, sun exposure.

Consider this photograph of a melted waste bin of the type typically used for the collection of recyclables: These kinds of receptacles are generally made of a form of rigid and thick polyethylene, a substance whose melting point is around 250° Fahrenheit -- far too high to be triggered by exposure to sun-warmed air alone. The damage pattern seen here suggests a fire was started at the bottom of the bin, or the bin was sitting adjacent to something that was burning around ground level.

Another much-traveled image shows a traffic light that looks to have melted from hot weather: One would wonder, naturally, why extreme weather would have melted a traffic signal but left another one adjacent to it apparently undamaged. That's because this picture appears to stem from a motorist in Kuwait's slamming into a traffic signal pole, with the resulting fire melting the signal directly above the burning vehicle:

The following photograph may be a genuine example of extreme heat effects, but this phenomenon sometimes occurs when people situate indoor ceiling fans in outdoor environments that expose them to levels of heat and humidity they were not intended to withstand: Although not all of these photographs demonstrate the deleterious effects of hot weather, heat waves that bring prolonged high temperatures certainly pose very real dangers to humans and other animals, and they can indeed severely damage some types of inanimate objects exposed to heat and direct sunlight for too long. Everyone is advised to follow standard protocols for preparing and staying well during severe-weather events.