Is 'Everyone' Leaving Los Angeles in a 'Mass Exodus'?

The idea of a "mass exodus" from LA might remind readers of the 2020 rumor that New York City had become a "burning hellscape." 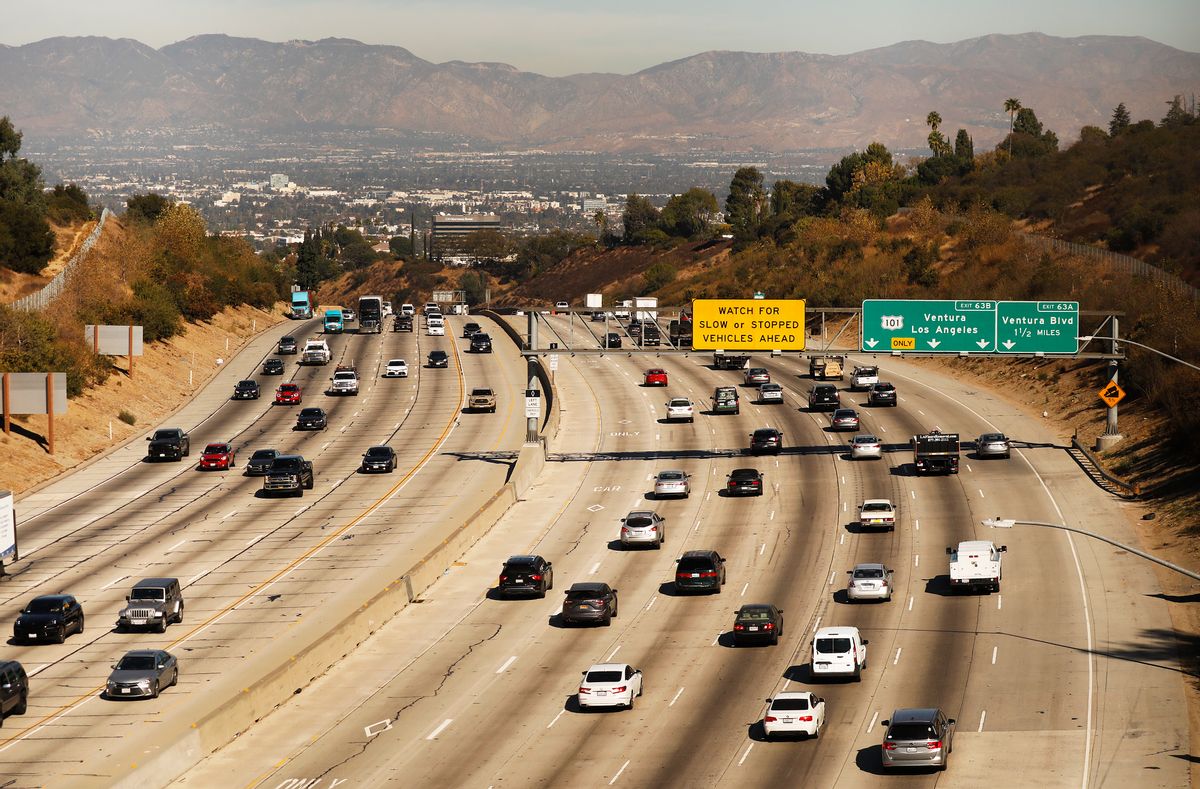 Claim:
Everyone is leaving Los Angeles in a mass exodus in 2020.
Rating:

Based on initial numbers, Los Angeles and other big cities across the United States, including New York City and Houston, were experiencing more people moving away in 2020 than in previous years.

However, according to those initial numbers, a "mass exodus" of people leaving Los Angeles did not appear to be occurring. In the entire state of California between July 1, 2019, and July 1, 2020, an estimated 135,600 more people left the state than moved there. The state's population is more than 293 times this number.

More concrete population numbers for 2020 were expected to come in 2021.

When a TikTok video posted on Dec. 15, 2020, claimed there was a "mass exodus" from Los Angeles and that "everyone's leaving," it evoked memories of scenes from the film "Independence Day," so we decided to take a closer look. It was the latest in a long line of claims that people were leaving California.

In the TikTok video, @margowithit showed a number of "For Rent" signs in what appeared to be Culver City, California, which is in Los Angeles County. The words "everyone is leaving Los Angeles" were displayed in the video. "Everyone's leaving," she said. "This is just a quick 15-minute walk around my neighborhood, and when I moved in two years ago you had to know someone in a building to get an empty rental."

It may seem obvious, but a dozen or so "for rent" signs does not amount to a mass exodus. However, is the video picking up on some larger trend?

More data will be available in the coming months about population changes in Los Angeles in 2020, as well as Houston, New York City, and other cities. We'll know more about how the COVID-19 pandemic impacted numbers, as well as if taxes, governmental policies, and immigrants swayed things one way or the other.

For now, we'll have to look at two stories that have reported some initial numbers. In October 2020, Livabl.com reported that 26,438 people moved out of Los Angeles between February and July 2020.

Using change-of-address (COA) requests from the United States Postal Service, affiliate media company MyMove conducted an analysis of nationwide moving trends during the pandemic. According to their rankings, Los Angeles was 2020’s fifth most moved-out-of city in the United States.

Los Angeles has been losing more residents than it attracts since 2017, thanks in large part to the high cost of living and ongoing housing crisis. However, compared to the 13,474 outbound movers recorded in 2019, LA has seen a 96 percent rise in the number of residents fleeing the city either permanently or temporarily.

Not all former City of Los Angeles residents left the county entirely. A migration map shows that suburban neighborhoods like Sherman Oaks, Pasadena and Long Beach were popular local destinations.

As for the state of California as a whole, on Dec. 16, 2020, The Associated Press reported that the state had the third-largest net migration loss ever recorded. This meant that more people left the state than moved into it. The state "added 21,200 people from July 1, 2019, to July 1, 2020," which increased the population to 39.78 million people. This was a population growth of 0.05%. However, "135,600 more people left the state than moved here." For comparison, the state's population was more than 293 times this number.

In other words, even with a high net loss of residents compared to previous years, initial numbers showed that the city and county are still plenty occupied.

The reporting also offered reasons why an exodus of any size might have occurred:

But while it’s fashionable to blame California’s taxes and policies for its recent exodus, state officials say the more likely culprit is the (coronavirus) pandemic and the migration patterns of the state’s large community of international immigrants.

Walter Schwarm, a demographer with the state Department of Finance, said California’s net increase from international immigration has fallen every year since 2017, shortly after President Donald Trump took office and put in place policies that made it more difficult and expensive for people to legally move to the United States.

Plus, people who move to the United States from other countries often come to California first, but don’t settle here, Department of Finance spokesman H.D. Palmer said.

“They have migrated to other states and other regions in the country because of either family ties or because there have been larger communities in certain areas of the country that reflect the home countries from which they came,” he said, pointing to the large Hmong population in Minnesota as an example.

The Associated Press also cited more deaths and fewer births as the reason why the state population only grew by 0.05%. It appeared that all of the data were initial estimates, as the final paragraph of the story said that "this year’s estimate is shakier than usual because several of those data sources were affected by the response to the coronavirus pandemic." It also added: "The state will likely revise this estimate next year based on new information." We will update this story in the future should more information come to light.