Does Everyone with Cancer Have a pH That Is Too Acidic?

This premise is rooted in a cherry-picked reading of science, based on information that has not been updated since the Eisenhower administration. 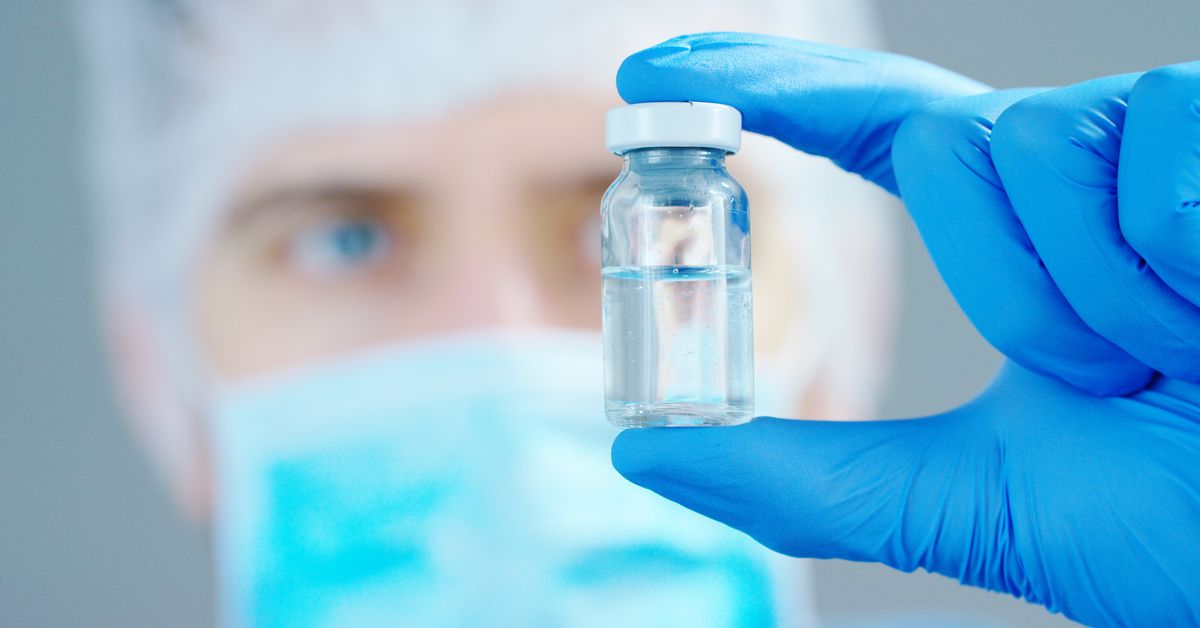 Claim:
Everyone with cancer has a pH that is too acidic.
Rating:

A meme stating that every person who has been diagnosed with cancer has a pH that is "too acidic" (and that cancer cannot live in an alkaline environment) has been popping up on social media since late 2016. This specific meme was posted by prolific internet misinformation artist and frequent abuser of the appeal to nature fallacy David "Avocado" Wolfe, who believes, among other things, that mushroom spores can levitate off the planet: Ignoring the fact that Wolfe never defines what “too acidic” means (which makes the statement completely meaningless), it is worthwhile to dive into the scientific history of claims that link pH to cancer, as it is a far more complicated subject than a single meme whose claim is so broad it almost defies debunking.

An additional David "Avocado" Wolfe page goes deeper into the "logic" behind the meme:

Many people who are reading this may have a high acidity level in his or her body. This is due to the typical first world diet of processed foods, refined sugars, and GMOs. However, many people do not know that an acidic body is a breeding ground for cancer. How long have we known this? Since 1931. That is right. 84 years.

Of course, the first problem with the premise proposed by Wolfe is that it doesn’t mention which part of a human body’s pH is “too acidic” in cancer patients.

The stomach (the place where all of that scary food goes), for example, has wildly varying pH levels that are extremely acidic (as low as 1.5 to 3.5). Blood, on the other hand, exists in a tightly regulated range that stays steady at around 7.4. Different parts of different tissues vary as well at both the macro and micro level.

The only part of the body whose pH a person can affect through diet, however, is the digestive tract and the collection of systems related to excreting urine from your body. Your liver tightly regulates the pH of blood and extracellular fluid. Therefore, as stated in an October 2013 paper in the British Journal of Nutrition, unless one has specific pathologies that prevent their body from sustaining this function:

[F]ood components trigger neither extracellular fluid acidosis nor alkalosis. Any influence of nutritional origin that slightly disrupts the acid–base equilibrium is at once corrected by biochemical buffering systems operating in both the extracellular and intracellular compartments. Then, as indicated above, come into play the homeostatic systems involved in the regulation of pulmonary ventilation and urinary acid excretion.

This is important, as close examination of the (flawed) scientific rationale behind a dietary connection to cancer relies on the impossible premise that your diet can alter your blood pH.
As the additional text of the meme makes clear, the main source of scientific rationale comes from the misrepresentation of work performed by Nobel Prize laureate Otto Warburg:

Dr. Otto Warburg won the Nobel Prize in 1931 for proving that cancer can’t survive in an alkaline, oxygen-rich environment but thrives in acidic, low-oxygen environment [sic].

First, Dr. Otto Warburg, a prolific and truly impressive scientist, did not win his 1931 Nobel Prize for discoveries relating pH to cancer. According to the Nobel Prize commission, he won for his contributions to our understanding of the chemistry that makes cellular respiration possible:

In our cells nutrients are broken down so that energy is released for the construction of cells. This respiration requires enzymes, substances that facilitate the process without being incorporated in the final products. Otto Warburg studied the respiration of sea urchins and other organisms at an early stage of development. By measuring oxygen consumption in living cells and studying which enzymes reacted, in 1928 he concluded that the respiration enzyme he was looking for was a red ferrous pigment related to the blood pigment, hemoglobin.

It was Warburg’s interest in cellular respiration that led him toward cancer research, as mentioned in Nobel Prize biography:

For his discovery of the nature and mode of action of the respiratory enzyme, the Nobel Prize has been awarded to him in 1931. This discovery has opened up new ways in the fields of cellular metabolism and cellular respiration. He has shown, among other things, that cancerous cells can live and develop, even in the absence of oxygen.

Based on analyses of the veins and arteries of in vitro tumor cells, Warburg observed that cancerous cells, in particular, utilize a different method of respiration more readily than other cells, but can still produce roughly the same amount of energy. Instead of utilizing oxygen to break apart pyruvate (an example of aerobic respiration), he found that cancerous cells derive much of their energy from the fermentation of glucose (glycolysis) which produces lactic acid as a byproduct.

Cancer cells originate from normal body cells in two phases. The first phase is the irreversible injuring of respiration. Just as there are many remote causes of plague — heat, insects, rats — but only one common cause, the plague bacillus, there are a great many remote causes of cancer — tar, rays, arsenic, pressure, urethane—but there is only one common cause into which all other causes of cancer merge, the irreversible injuring of respiration.

The irreversible injuring of respiration is followed, as the second phase of cancer formation, by a long struggle for existence by the injured cells to maintain their structure, in which a part of the cells perish from lack of energy, while another part succeed in replacing the irretrievably lost respiration energy by fermentation energy. Because of the morphological inferiority of fermentation energy, the highly differentiated body cells are converted by this into undifferentiated cells that grow wildly — the cancer cells.

The important takeaway from Warburg’s hypothesis is that, in his estimation, the causative agent that transforms normal cells into cancerous cells is not the acidic or low oxygen conditions, but an irreversible damage to a cell's ability to derive energy from respiration. Yes, their ability to ferment glucose gives them a competitive advantage after the fact, but he never claimed these factors to be the cause.

Warburg came to this conclusion in 1927 by comparing (in vitro) a tumor’s arteries (which transport glucose and oxygen to a tumor) and its veins (which carry blood that had passed through the tumor):

This process (fermentation) produces lactic acid, and therefore by its nature increases acidity. That means, by his model, that both the acidity and the low oxygen would be a symptom, not a cause. It also bears highlighting that Warburg is talking about the pH of blood in veins and arteries here, which, as discussed above, cannot be modified by diet.

The second problem with Wolfe’s selective use of Warburg’s work is that scientists have actually completed a great deal of research on the topic of cancer since 1956, and that work makes it even clearer that the causative agent in the formation of cancerous cells is not related to pH, and that both low pH and low oxygen are not a cause but a byproduct (and potentially a survival mechanism) of a series of not fully understood processes.

A March 2016 review in the journal Trends in Biochemical Sciences provided the latest thinking on the role of the Warburg Effect in the development of cancer, arguing that it was a secondary process early in its progression but not the cause:

It is likely that the Warburg Effect provides an overall benefit that supports a tumor microenvironment conducive to cancer cell proliferation. However, the Warburg Effect is thought to be an early event in oncogenesis that is an immediate consequence of an initial oncogenic mutation.

In other words, the initial triggering event for the development of cancerous cells has more to do with genetic damage than it does to do with acidity or oxygen. The Warburg Effect, many now argue, is a result of that damage and may serve as a mechanism that allows the survival of cancerous cells at the expense of healthy cells. The effect of low oxygen is further exacerbated by the growth of the tumor as its size forces it to migrate away from a close proximity to the veins that supply the cells with oxygen.

Later research on the relationship between pH and cancer has further complicated the myth that an alkaline diet reduces cancer risk. Recent studies have suggested, for example, that acidic conditions can lead to a faster and more aggressive progression of tumor development, leading to a wave of research into possible drugs that can alter the acidity of the area in which a tumor is growing. Importantly, though, these solutions are targeted pharmacologic agents that have the ability (unlike a nice glass of alkaline water) to affect the chemical processes that regulate a body’s pH.

With respect to the viability of alkaline diets as a cancer prevention tool, a systematic review of over 8000 citations published in the journal BMJ Open concluded:

Wolfe's use of the Warburg Effect to suggest that "every single person who has cancer has a pH that is too acidic" is a classic example of circular logic. Warburg’s main contribution to cancer research was the observation that cancer cells actually produce low oxygen and high acid conditions, not that they are caused by such conditions in the first place.

Bonjour, Jean-Philippe.   "Nutritional Disturbance in Acid–base Balance and Osteoporosis: a Hypothesis That Disregards the Essential Homeostatic Role of the Kidney."     British Journal of Nutrition.   October 2013.