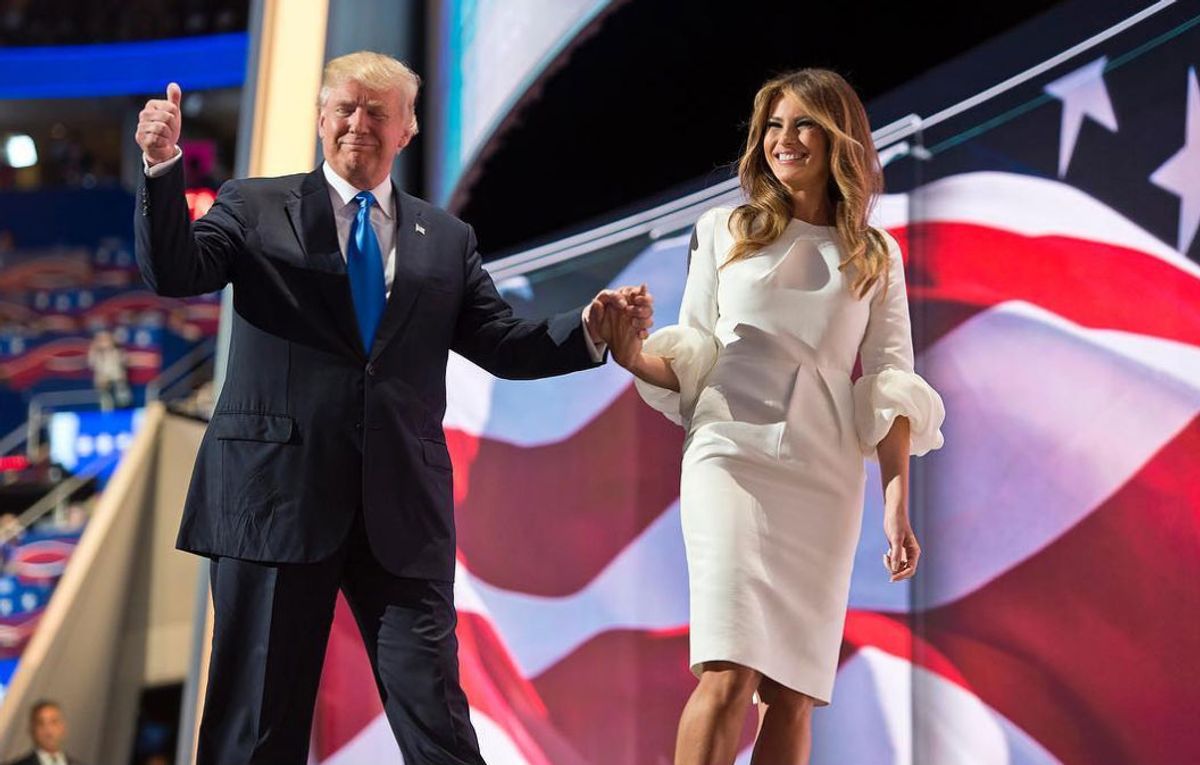 Claim:
Eric Trump defended his stepmother's speech at the Republican National Convention by saying it was actually Michelle Obama who stole from Melania.
Rating:

On 19 July 2016, the entertainment Facebook group "Stop The World, The Teabaggers Want Off" posted a quote ostensibly uttered by Eric Trump in defense of the originality of Melania Trump's Republican National Convention speech against charges that she had plagiarized it from a 2008 Michelle Obama convention speech: Although the Trump campaign has defended Melania's speech against accusations of plagiarism, Eric Trump himself did not make the remarks attributed to him above. The image and wording originated with "Stop The World, The Teabaggers Want Off," a satirical Facebook page notorious for sharing fake quotes on social media and states that its content is for "entertainment purposes only":