Did Eric Trump Say His Father Would Cancel Taxes for Wealthy People?

A fake news article that fabricated statements by Eric Trump got picked up by hyper-partisan web site Democratic Moms. 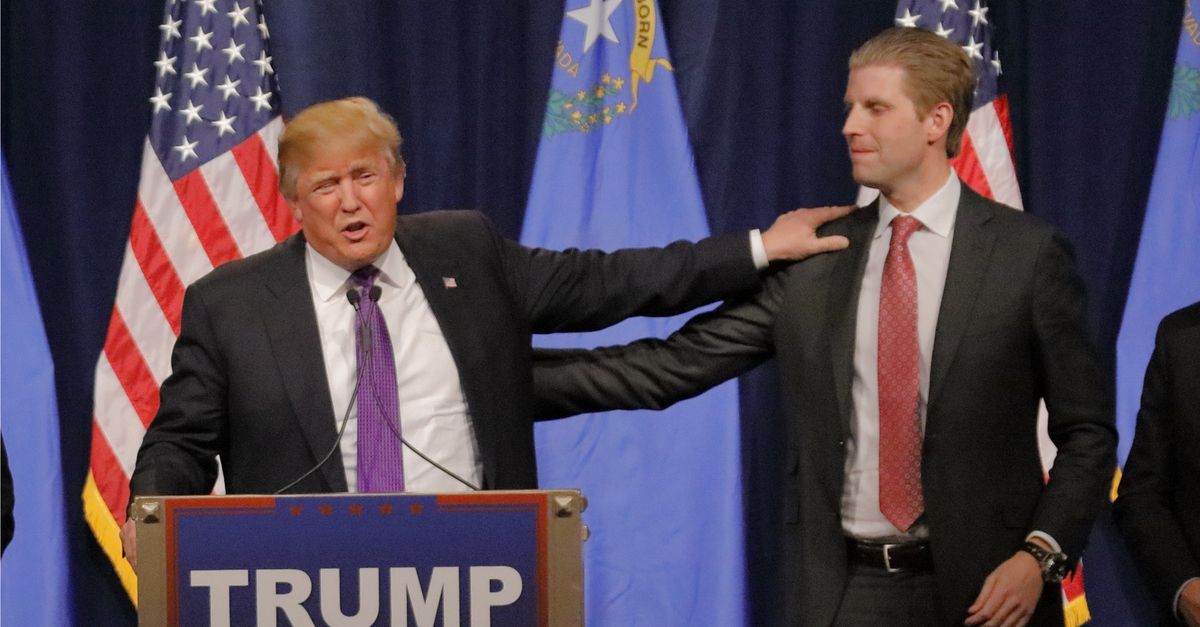 “As always, his son Eric was there to provide a helping hand in defending his father. During an brief phone interview with KYXL Radio based out of Orlando, Florida, President Trump’s second son argued that his father’s tax return is “irrelevant,” largely because “he knows all there is to know about following the letter of the law, especially when it comes to paying taxes.” He said, “When you come from a background like the one my father comes from, you have to know all there is about paying taxes and doing your part to make this country a better place.”

Eric continued, “And while we’re on the subject, I kind of have to say, it’s funny how taxes work. They sort of punish the hardest working and most productive members of our society while taking nothing from those who would rather be lazy and beg on the streets. That’s kind of not fair. What he have here is a system that flat out punishes those who want to contribute and make their lives better and at the same time, rewards those who want to be nothing more than dead weight. The worst part is, I’m not saying something that’s revolutionary here; this system has been in place ever since the country was established. My father, regardless of the fact that he’s president, is just one person out of millions of those who are capable enough to be successful but are simultaneously struck down by our tax system. That’s a catastrophe ... At the end of the day, it’s irrelevant whether my father choses to disclose his tax return or not. It won’t matter soon anyway”

Although Newslo (and its sibling sites Religionlo, Politicops, and Politicalo) are often identified as fake news by social media users, the claim was picked up by the hyper-partisan web site Democratic Moms and spread with fewer obvious red flags. Newslo and related sites normally start each article with a paragraph of factual information followed by the embellishments featured in its headlines. Newslo’s "hybrid" fake news sites include a clickable feature enabling readers to "show facts" or "hide facts." When a reader clicks "show facts," the factual portions of the article are highlighted. However, by default, all articles first appear in "hide facts" mode:

As the article indicated, President Trump tweeted about his tax returns and currency manipulation on 16 April 2017:

Why would I call China a currency manipulator when they are working with us on the North Korean problem? We will see what happens!

I did what was an almost an impossible thing to do for a Republican-easily won the Electoral College! Now Tax Returns are brought up again?

But as the "Show Facts" button demonstrated when activated, the Eric Trump's purported statements on taxation and wealth were fabricated: