The woman, who left the country abruptly in 2015, has been photographed with several high-profile U.S. politicians. 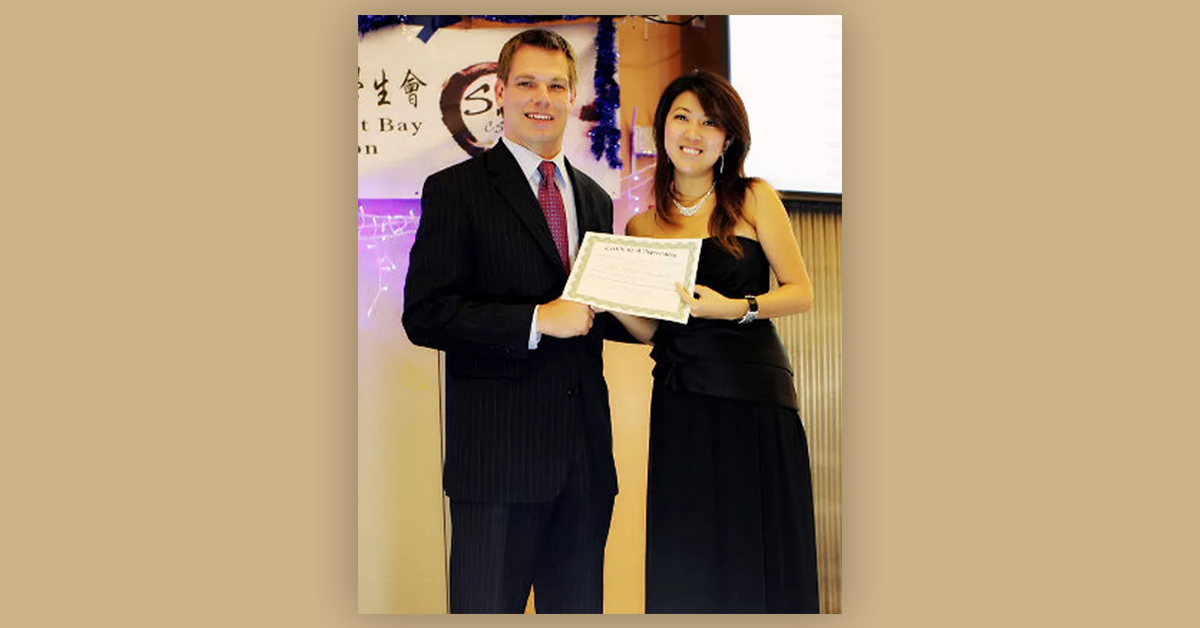 On Dec. 8 2020, Axios reported on the efforts of a suspected Chinese intelligence operative who went by both Fang Fang and Christine Fang, and who developed high-level political connections in the San Francisco Bay area between 2011 and 2015. According to their reporting, Fang enrolled as a student at California State University, East Bay (CSU East Bay) and served as a president of two student organizations — the Chinese Student Association and the CSU East Bay Chapter of Asian Pacific Islander American Public Affairs. Many of her initial political connections came from her role in these groups, according to Axios' investigation.

One of the most high-profile connections she developed was with current U.S. Rep. Eric Swalwell, who now serves on the House Intelligence Committee but was, when the two first met, a city councilmember for Dublin, CA. Axios' reporting included multiple pictures of Fang and Swalwell collected from Facebook and Chinese social media, including one photo (far right) receiving significant viral attention on social media: From left to right, the pictures show the two at a 2013 Lunar New Year banquet held at CSU East Bay; at an unnamed 2013 event; and at an October 2012 CSU East Bay event. Fang also helped raise money for Swalwell's campaign for Congress, and she also "helped place at least one intern in Swalwell's office," according to Axios.

Around 2015, Axios reported, federal investigators alerted Swalwell, who has not been accused of any wrongdoing, to their concerns about Fang. Swalwell cut ties with Fang "immediately" and not long after that, she left the country. "U.S. officials do not believe Fang received or passed on classified information," they reported. One particularly viral tweet describes the 2012 picture of Fang and Swalwell (shown above) as a picture of "Eric Swalwell posing for a picture with his Chinese communist spy girlfriend.” Donald Trump Jr., as well, has repeatedly suggested the two were involved in a sexual relationship.

While Axios, citing "one U.S. intelligence official and one former elected official" reported that Fang "engaged in sexual or romantic relationships with at least two mayors of Midwestern cities over a period of about three years," and that "At least two separate sexual interactions with elected officials, including one of these Midwestern mayors, were caught on FBI electronic surveillance," no evidence to date has been presented that demonstrates that Fang and Swalwell were ever in a romantic or sexual relationship.

Swalwell refused to comment on the matter, citing potentially classified information in a statement his office provided to Axios:

Rep. Swalwell, long ago, provided information about this person — whom he met more than eight years ago, and whom he hasn’t seen in nearly six years — to the FBI. To protect information that might be classified, he will not participate in your story.

In other media appearances, he has declined to comment on whether or not the two had a sexual relationship. While allegations of a sexual relationship between Fang and Swalwell lack concrete evidence (at least in the public record), the photograph of the two of them together going viral on Twitter is genuine.