Did Eric Carle Say Publishers Made Him Add Stomachache Scene to 'The Very Hungry Caterpillar'? 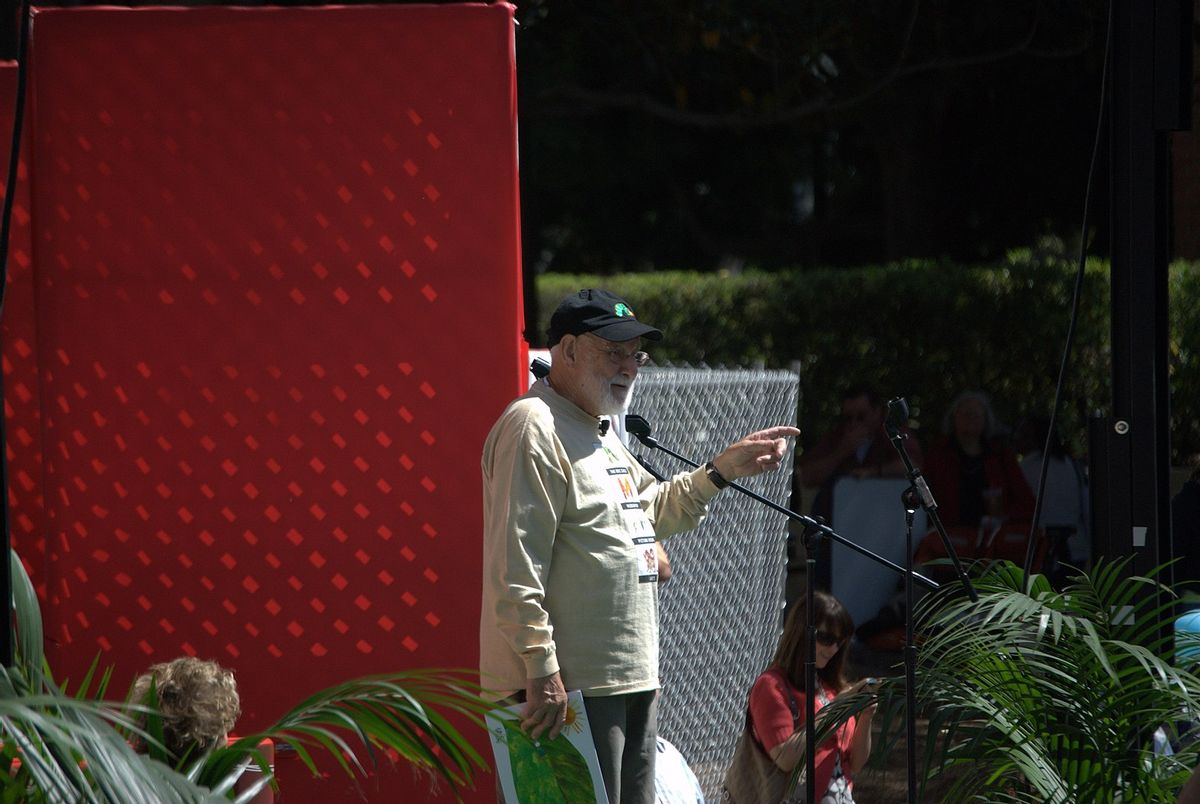 Claim:
Children’s book author and artist Eric Carle said his publisher forced him to add the stomachache scene to “The Very Hungry Caterpillar.” He also added that such a scene “ran entirely contrary to the message of the book.”
Rating:

In late May 2021, famed children’s book artist and author Eric Carle died at the age of 91. Soon after his death, Twitter users shared a quote purportedly from an interview with Carle, claiming that he fought with his publisher against putting in a certain scene in his famous book “The Very Hungry Caterpillar.”

The quote in question spread across the internet, and in it he reportedly said the scene involved the caterpillar getting a stomachache. Carle's alleged reasoning:

My publisher and I fought bitterly over the stomachache scene in The Very Hungry Caterpillar. The caterpillar, you’ll recall, feasts on cake, ice cream, salami, pie, cheese, sausage, and so on. After this banquet I intended for him to proceed immediately to his metamorphosis, but my publisher insisted that he suffer an episode of nausea first—that some punishment follow his supposed overeating. This disgusted me. It ran entirely contrary to the message of the book. The caterpillar is, after all, very hungry, as sometimes we all are. He has recognized an immense appetite within him and has indulged it, and the experience transforms him, betters him. Including the punitive stomachache ruined the effect. It compromised the book. Many pointed to the quote coming from a 2015 interview in literary magazine The Paris Review. But this item was not a factual recounting of real-life events. The article originated from a page that describes its output as being humorous or satirical in nature. The article was posted on April 1, 2015, as part of a parody issue called “Introducing The Paris Review for Young Readers.” As the “interview” gained traction, The Paris Review addressed it in a tweet:

The Paris Review also placed a disclaimer above the article in question: “This piece was published as part of an April Fool's post in 2015, entitled "Introducing The Paris Review for Young Readers." It is a fictional interview, and intended purely as a parody. It is not intended to communicate any true or factual information, and is for entertainment purposes only.”

It took some time for Twitter users to catch on that Carle never said these words, especially after he was erroneously quoted by the Smithsonian. The Smithsonian also issued a correction stating, “This article previously presented a quote from a satirical Paris Review article as fact. The quote has been removed.”