Was EPCOT Built on a Sinkhole at Disney World?

Disney originally denied the existence of the sinkhole where part of EPCOT was planned, but later confirmed it, according to reports. 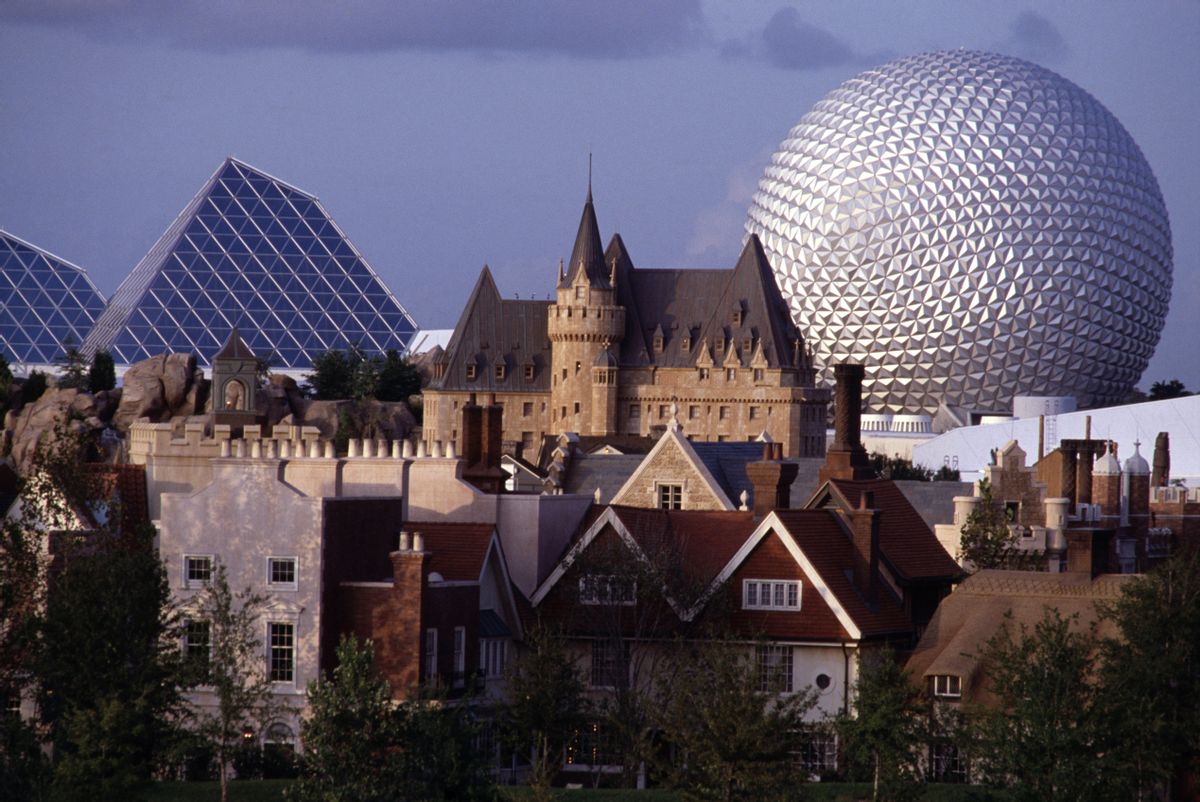 Claim:
A sinkhole sits under part of EPCOT in Florida.
Rating:

Yes, EPCOT has a sinkhole. As the Disney vloggers The Mouselets mentioned on TikTok, the Walt Disney World Resort theme park is "hiding a huge secret" under part of the property in Orlando, Florida.

The video claims there's a large space between two key areas of EPCOT because that's precisely where a sinkhole was observed before the Disney World park opened in 1982. The France pavilion in EPCOT on Oct. 21, 1982. (Photo by Bernard CHARLON/Gamma-Rapho via Getty Images)

To learn more, we jumped back in time to newspaper archives from 1981. On May 19 of that year, the Orlando Sentinel printed that Disney officials denied the rumor of a sinkhole where EPCOT was being constructed.

Fast forward 31 years to when we learned more about the EPCOT sinkhole rumor from D23, the official Disney fan club. D23 is perhaps best known for its official, biennial event that showcases the world of Disney.

On Oct. 5, 2012, the Orlando Sentinel reported that "longtime Imagineer Marty Sklar shared fun facts in a prerecorded presentation." Sklar had worked for The Walt Disney Company since 1956 and eventually served as vice chairman and principal creative executive for Walt Disney Imagineering.

The Sentinel went on: "And he recalled a big obstacle to building EPCOT: a sinkhole between Future World and World Showcase. 'I still don't think we found the bottom of that,' Sklar said."

We were unable to find a recording of the presentation on YouTube. However, we did uncover further reporting.

According to silive.com, a publication that covers news about Staten Island, New York, Sklar also mentioned a man named John Tishman, who was referred to as "a pioneer of construction management." According to the story, his firm built EPCOT and the original twin towers for the World Trade Center.

"John told us that building EPCOT was more difficult than building the World Trade Center buildings," Marty said. It had a lot to do with meeting the seemingly impossible deadline. "October 1st was never a problem," Tishman said. "1982 was the problem."

One of the many hurdles that needed to be tackled in constructing EPCOT — and, indeed, building anything on Walt Disney World property — is the fact that many of the structures had to be placed on top of former swampland.

"One of the reasons there's so much space between Future World and the World Showcase lagoon is that we discovered a gigantic sink hole near where the Odyssey Restaurant is [in EPCOT]," Marty said. "We couldn’t build anything on top of it."

He related how workers tried in vain to shore up the land by driving massive piles into the earth, “but the piles just kept getting sucked into the ground.” They covered the sink hole by placing giant steel plates on top of it.

Sklar died in 2017 after having made a lifetime of contributions to The Walt Disney Company.

In sum, it's true that there's a sinkhole under part of EPCOT at Disney World. The data we used to make this determination comes from a credible figure in Disney history who described the EPCOT sinkhole at an official company function in 2012. We were unable to find any official information about the sinkhole's size.

We reached out to Disney World for further comment, and will update this story if we receive a response.