Partisans debate who deserves credit for the $100 million grant awarded by the EPA to Michigan for water infrastructure upgrades in Flint. 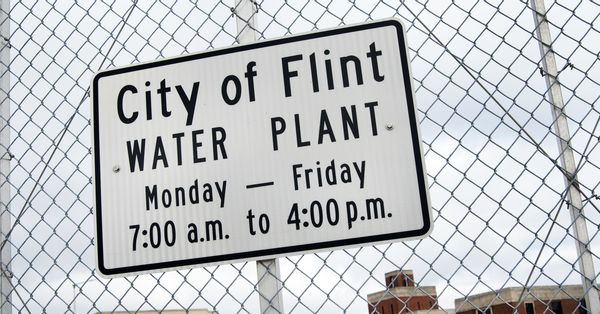 On 17 March 2017, the U.S. Environmental Protection Agency (EPA) published a news release stating that the agency had just awarded a $100 million grant to the state of Michigan to upgrade drinking water infrastructure in the city of Flint. Flint began experiencing a crisis in 2014 after insufficiently treated water from the Flint River became the drinking water source for the city, exposing over 100,000 residents to potentially high levels of lead.

Shortly after the EPA's announcement, conservative outlets published articles crediting "Trump's EPA" for the $100 million grant, some stating that President Trump had "bestowed" $100 million upon Flint, giving the city its "first real hope" since the start of the water crisis.

But as these articles circulated on social media, others argued that it was actually President Obama who deserved credit for the grant. In this case, both opinions are rooted in some truth.

The $100 million grant was funded by the Water Infrastructure Improvements for the Nation Act of 2016, or WIIN, which was signed by President Obama in December 2016:

President Barack Obama [has] signed a bill authorizing water projects across the country, including $170 million to address lead in the drinking water in Flint, Michigan, and $558 million to provide relief to drought-stricken California.

Obama said the bill advances vital projects across the country to restore watersheds, improve flood control and rebuild water infrastructure — including pipes in Flint, where residents have struggled with lead-tainted water for more than two years.

Although this legislation carried President Obama's name, the EPA did not officially award the grant to Michigan until March 2017, by which time President Donald Trump was in office. As such, it was technically correct to say that "Trump's EPA" awarded the grant money, although the funding for that grant was originally provided for under legislation signed by President Obama just before he left office:

The U.S. Environmental Protection Agency has awarded a $100-million grant to the Michigan Department of Environmental Quality to fund drinking water infrastructure upgrades in Flint, funding that had been approved by Congress and former President Barack Obama late [in 2016].

Provided by the Water Infrastructure Improvements for the Nation Act of 2016, the funds awarded Friday, March 17, are designed to allow the city to accelerate work to replace lead service lines and make other infrastructure improvements, including upgrades to Flint's water treatment plant.

Crediting President Trump for this $100 million water infrastructure grant was touted as hypocritical by some critics since his 2017 blueprint budget contained several major cuts to the EPA's funding, but the blueprint maintains that the proposed budget "provides robust funding for critical drinking and wastewater infrastructure" and that "these funding levels further the President’s ongoing commitment to infrastructure repair and replacement and would allow States, municipalities, and private entities to continue to finance high priority infrastructure investments that protect human health."

The EPA itself noted that President Trump's budget blueprint would not cut the EPA’s Drinking Water State Revolving Fund:

The WIIN funding supplements EPA’s Drinking Water State Revolving Fund (SRF), a federal-state partnership. In addition to the federal funds announced today, the State of Michigan is providing the required 20% match of $20 million. Over the years, EPA has provided more than $32.5 billion to states for infrastructure upgrades through the Drinking Water State Revolving Fund.