A TikTok video shot at Chipotle Mexican Grill showed an empty restaurant in broad daylight with no sign of anyone inside or outside. 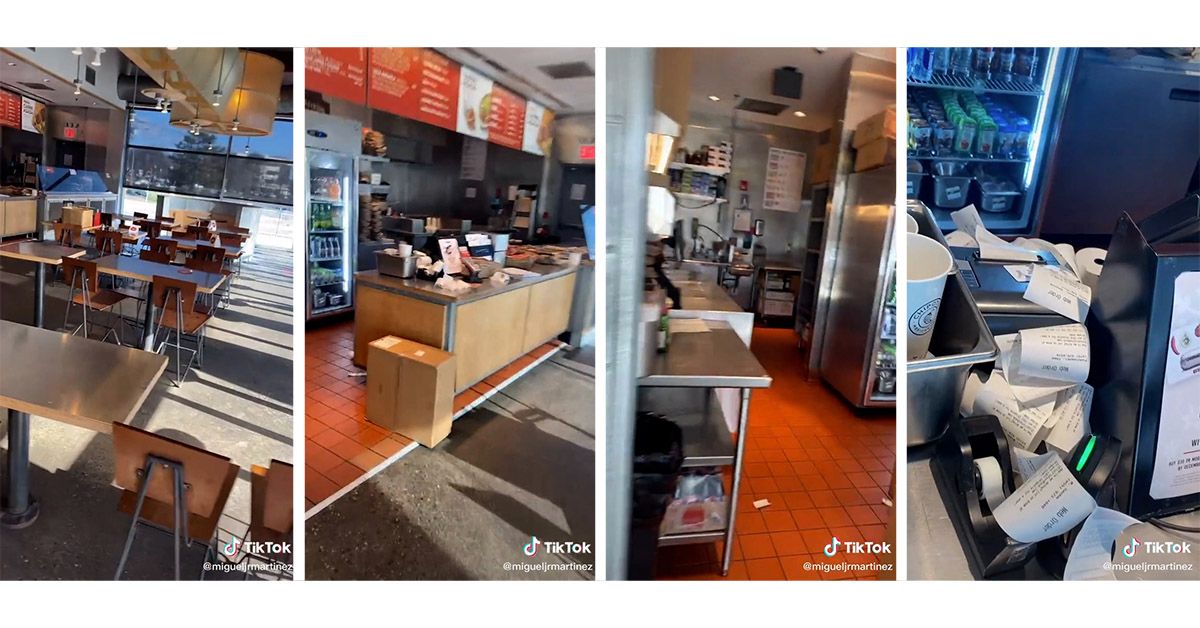 Claim:
Employees and customers at a Chipotle Mexican Grill restaurant mysteriously vanished with no explanation as to what happened.
Rating:

Mysterious disappearances were often the main focus of both the old and rebooted "Unsolved Mysteries" television shows. "Next on 'Unsolved Mysteries'... the disappearance of Chipotle workers," commented TikTok user Cory Fogarty. However, the case of the empty Chipotle likely won't be looked at in a future episode, because the truth was right there all along.

Less than a week later, it had been viewed more than 108,000 times. In the video, the restaurant's lights were on, something in the kitchen was beeping, and a stack of online order receipts was filling the countertop. The TikTok user said: "Guys, there's no one in here. Who opens a Chipotle ...?"

Commenters speculated on what was happening in the video. One user said: "And that's on someone being scheduled to open and then the entire rest of the staff calls out... so they dip." Another commented: "That's what happens when a business doesn't appreciate their employees. They leave." Others thought the employees all must have quit. A few commenters had other ideas: "I would've made me some Chipotle. A few bowls and burritos, chips, guacamole, and queso, extra steak to go."

However, it was much ado about nothing. Chipotle employees didn't mysteriously vanish, nor did any customers. The video presented a strange situation with an empty restaurant and a small pile of online order receipts. The truth was right near the beginning of the video.

While standing next to the front door, @migueljrmartinez panned the camera left to right. A sign was visible on the front door. We flipped the video frame horizontally: We are temporarily closed.

We apologize for the inconvenience and will be up and running as soon as possible.

According to commenters, the video purportedly showing an empty Chipotle was recorded at the Willowbrook Blvd. location in Wayne, New Jersey.

As for why the Chipotle location was temporarily closed, a tweet from a Cedar Grove High School lacrosse Twitter account may have answered the question: New Jersey had experienced below-freezing temperatures in early December.

We reached out to Chipotle, and they confirmed that restaurant was temporarily closed because of a heating issue.