Did Emma González 'Admit' to Bullying the Parkland School Shooter? 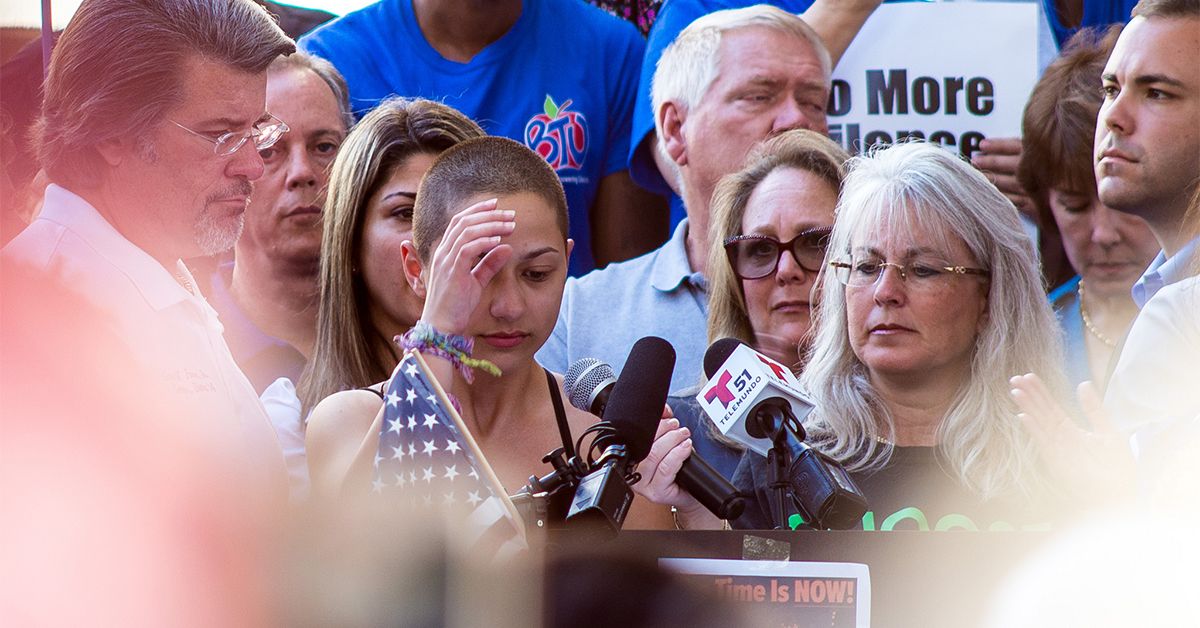 In March 2018, conspiracy theorists made another attempt to use disinformation in order to discredit gun safety activist Emma González by accusing her of "bullying" her former high school classmate accused of killing fourteen students and three staff members at a month earlier.

In this case, conservative blogs such as LouderWithCrowder.com and right-leaning magazines like The American Spectator circulated a brief clip taken from her remarks at a rally on 17 February 2018 in Ft. Lauderdale, Florida, calling it "proof" that González admitted to mistreating the suspect, Nikolas Cruz:

Since he was in middle school, it was no surprise to anyone who knew him to hear that he was the shooter. Those talking about how we should have not ostracized him? You didn't know this kid, OK? We did.

But placed in context, González's remarks reveal that students at Marjory Stoneman Douglas High School had alerted officials over concerns about Cruz's potentially dangerous behavior and had not ostracized merely out of spite:

So many signs that the Florida shooter was mentally disturbed, even expelled for bad and erratic behavior. Neighbors and classmates knew he was a big problem. Must always report such instances to authorities again and again. We did, time and time again. Since he was in middle school, it was no surprise to anyone who knew him to hear that he was the shooter. Those talking about how we should have not ostracized him, you didn't know this kid. OK, we did. We know that they are claiming mental health issues, and I am not a psychologist, but we need to pay attention to the fact that this was not just a mental health issue. He would not have harmed that many students with a knife.

The Federal Bureau of Investigation confirmed shortly after the 14 February 2018 shooting that they had received reports concerning the suspect but failed to act upon them.

Prior to being expelled from the school the month of the attack, Cruz had also reportedly threatened online to commit a school shooting and was suspended for attacking a student who was dating his former girlfriend. He also reportedly posted racist and homophobic thoughts in a private chat group and also wrote, "I think I am going to kill people," later claiming that he did so in jest.

Another Marjory Stoneman Douglas High student, Isabelle Robinson, called the idea that she and her classmates could have prevented the shooting by being nicer to their attacker "a slap to the face" to both the survivors and the victims in a 27 March 2018 op-ed in the New York Times.

Robinson wrote that she first encountered Cruz when he hit her in the back with an apple and displayed no remorse. A year later, she recalled, she was assigned to tutor him as part of the school's peer counseling report:

Being a peer counselor was the first real responsibility I had ever had, my first glimpse of adulthood, and I took it very seriously.

Despite my discomfort, I sat down with him, alone. I was forced to endure his cursing me out and ogling my chest until the hourlong session ended. When I was done, I felt a surge of pride for having organized his binder and helped him with his homework.

Looking back, I am horrified. I now understand that I was left, unassisted, with a student who had a known history of rage and brutality.

Suggesting that Cruz's issues could have been remedied by being "loved more by his fellow students," Robinson wrote, represented both a fundamental misunderstanding of mental health and a dangerous idea. "It is not the obligation of children to befriend classmates who have demonstrated aggressive, unpredictable or violent tendencies," she said. "It is the responsibility of the school administration and guidance department to seek out those students and get them the help that they need, even if it is extremely specialized attention that cannot be provided at the same institution."