Did Elvis Give a Blind Girl a $50K Check?

There's no reason to be all shook up about this rumor. 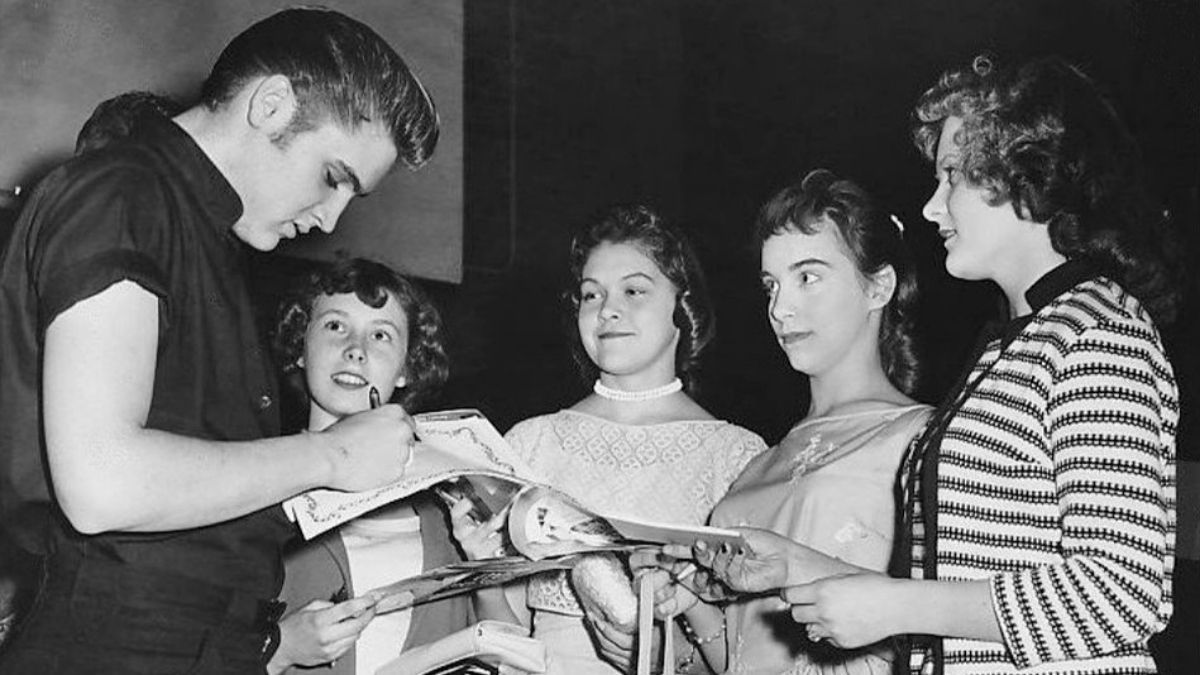 Claim:
In 1975, Elvis Presley gave a young blind girl $50,000 and a concert ticket — plus travel expenses — to every one of his upcoming shows.
Rating:

There is at least one true story about Elvis Presley and a blind girl, but this isn't it.

If you're an Elvis Presley fan with a social media account, you've probably come across a story about an interaction between "The King" and young blind fan.

In short, this viral anecdote claims that during a concert in 1975, Elvis was informed that there was a blind girl in the crowd. The musician stopped the show to bring the girl up on stage where they had a heartfelt exchange. After the show, Elvis was so moved by the little girl's story that he gave her a $50,000 check and a concert ticket (plus travel expenses) to every one of his future shows.

There's no evidence to support this version of events. This is a modern-day work of fiction that is far removed from any firsthand accounts of Presley's interactions with blind fans.

A spokesperson for Graceland, the Elvis Presley Museum in Memphis, Tennessee, told us that after checking with the archive team and various long-term staff members, they could provide "no record of this happening."

The earliest version of the claim that Elvis gave a blind girl a $50,000 during a concert that we could find comes from a Facebook post in November 2016. That post, which makes no mention of a source for this information, starts with a brief introduction and then supposedly reproduces a verbatim conversation Elvis had with this little girl. The post ends with the claim that Elvis gave her a $50,000 check: This version of the "Elvis and the blind girl" story is an exaggeration of similar story about Elvis and a blind girl that dates back to at least 2012.

A 2012 post on iheartelvis.net (which notes that this story has been around "for years" before they wrote about it) relays a much simpler story behind this photograph. In this version, Elvis simply had a brief conversation with a blind girl before giving her a scarf. This version makes no mention of a $50,000 check. Interestingly, this story from 2012 specifically notes that Elvis "kept the microphone away from his mouth" so nobody could hear what they were talking about.

That version of the story reads:

During the July 20, 1975 show, between songs Elvis was joking around and giving out scarves when he noticed a little girl standing on the far left of the stage. He walked over and knelt down on one knee in front of her. Realizing she was blind, Elvis held her hands and spoke to her for a few minutes. The audience could not hear as he kept the microphone away from his mouth. He then kissed his scarf and touched both her eyes with it. When he was finished he took the scarf and held it to the child’s face. The little girl stood there with complete confidence in what Elvis was doing. The girl had been blind since birth.

This 2012 anecdote, however, also appears to be an embellishment of the original story. We found a review of Elvis' July 20, 1975 concert and it makes no mention of this incident. The review does state that several young fans lined up to meet Elvis, and that the musician gave them all scarves — something that he regularly did during his concerts, especially during his later years — but it does not mention a blind fan or a $50,000 check.

Mary Dissen's wrote in her review of the concert for the Norfolk Ledger-Star:

A fan, a female fan, a worshipper, approaches the stage. At first, they seem shy. They just drift up one by one. Elvis, stuffed into a suit so white and sparkling that it makes that famous shock of shoe-polish black hair gleam like a mirror, takes the scarf from around his neck, wraps it around the faithful's head and pulls her close to him. Then an assistant (who sings and plays guitar, but could also be called lead scarf player), drapes another filmy object around Elvis' neck. And on and on. By the end of the show, no one is shy, and it takes a little police ingenuity to keep these emotionally bedraggled fans from zapping onto the stage.

While the viral photographs truly show Elvis handing a scarf to a young fan, we can't verify that this little girl was blind. Furthermore, the claim that Elvis gave this fan a $50,000 check appears to have been conjured out of thin air in 2016, some 40 years after this photo was allegedly taken.

While the above-displayed image may not show Elvis and a blind girl, and while the claim that Elvis gave a blind girl $50,000 and a ticket (plus travel expenses) to his future shows is certainly a fabrication, there is at least one grain of truth to this story. In 1957, a blind girl named Judy Wilkinson won a radio contest to attend a concert and meet Elvis Presley.

In 2019, Wilkinson published an article for the California Council of the Blind that recounted her meeting with Elvis in 1957. But Elvis did not give Wilkinson a $50,000 check or tickets to any future shows. Instead, he gave her something that she still remembers to this day: a song.

Wilkinson writes that she was nervous to meet her idol and when he asked her about her favorite song she responded: "I Want You I Need You I Love You." Elvis, in turn, told her that he'd play that during the concert just for her.

Joyful stomach butterflies suffused my entire body. Our seats were in the absolute front row. At one point I reached out and touched the rope separating us from the stage. The previous days and especially the past hour were filled with excitement yes, but fear, panic and terror too: all at an almost unbearably painful intensity. Now instead of being a taut violin string, I became the singing violin joining the ritual, the fevered frenzy of hysterically-screaming girls, shrieking as one.

"Whether the preponderantly female audience came to hear Presley sing or to watch his caricature of sex, could not be determined. They roared through every one of his 14 rock-n-roll offerings in such crescendo that three policemen and four firemen were forced to leave the building."

Roar we did! Generally prim and reserved, I sobbed and shrieked with thousands.

"Don't Be Cruel," with that famous, sexy, "ummmmmm" and all of us in ecstatic screaming harmony!

"I Was the One Who Taught Her to Cry"; panting and hoarse with delirious exhaustion; "Heartbreak Hotel"; and then some time in the middle of the set, "I Want You I Need You I Love You," surely sung especially for me!