Did Elon Musk Tweet a Dessert Picture from a Restaurant Amid COVID-19 Restrictions?

He posted the photo of an ice cream sundae from Buca di Beppo Italian Restaurant while stay-at-home orders were in effect. 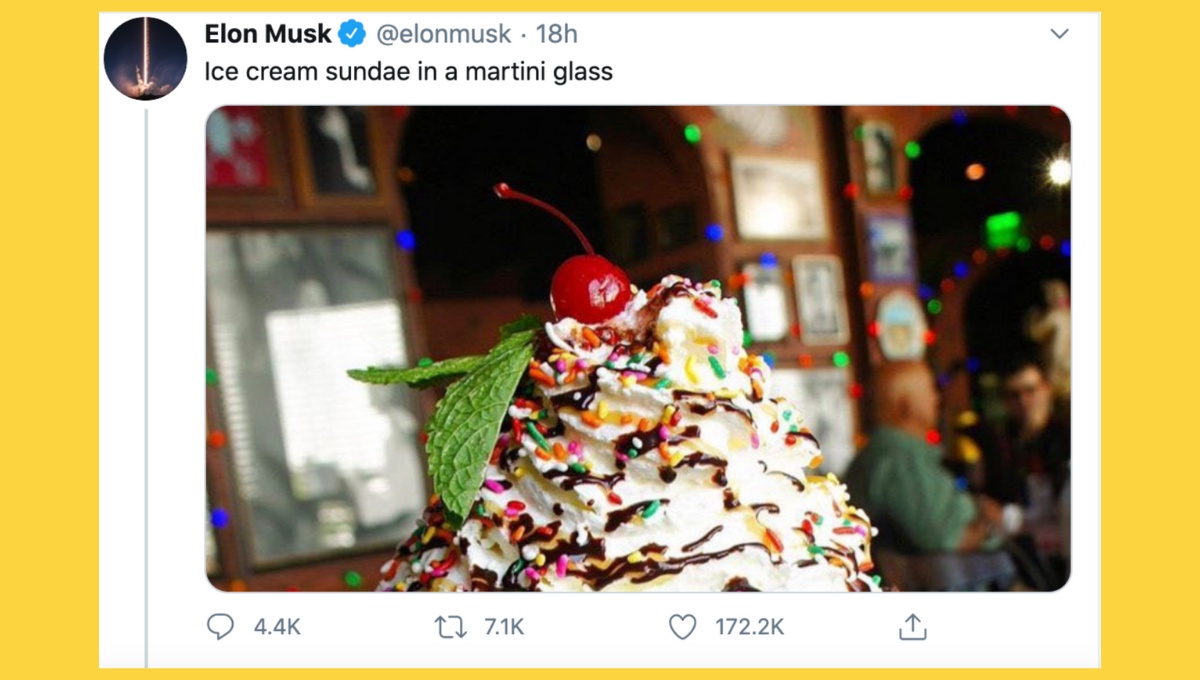 However, the picture was originally posted two years earlier, not while stay-at-home orders resulting from the COVID-19 coronavirus pandemic were in effect in May 2020. The picture was controversial in light of stay-at-home orders brought on by the COVID-19 coronavirus pandemic. Musk had also posted a tweet two days prior stating that the Tesla plant in Alameda County in California's Bay Area would reopen against the area's local stay-at-home orders. The Bay Area had been hit hard by the pandemic, and officials announced in late April that, in an effort to slow the virus' spread, they would extend those orders through the end of May 2020.

The cumulative impression left some viewers with the impression that Musk had posted the picture to demonstrate he had gone out to eat an ice cream sundae in defiance of orders. But internet detectives doing reverse-image searches discovered that the picture of the dessert posted to his Twitter account was identical to one originally taken by the food blogger The Episodic Eater, and reposted on Twitter by the Italian restaurant chain Buca di Beppo in 2017. That prompted some social media users to poke fun at Musk.

Buca di Beppo responded with a joke itself, referencing Musk's advocacy for sending humans to Mars by stating that it was working with Musk to establish the first restaurant franchise there. Because Musk did post a picture of a sundae from the restaurant, but that the picture was posted 2 years prior to the pandemic, we rate this claim "Mixture."

Taylor, Kate. "Elon Musk Tweets a Food Blogger's 2017 Photo from Buca di Beppo, Saying 'Life Should Be Lived' as He Advocates for Businesses to Reopen."   Business Insider. 14 May 2020.

Updated to note the original image was taken by the food blogger The Episodic Eater.