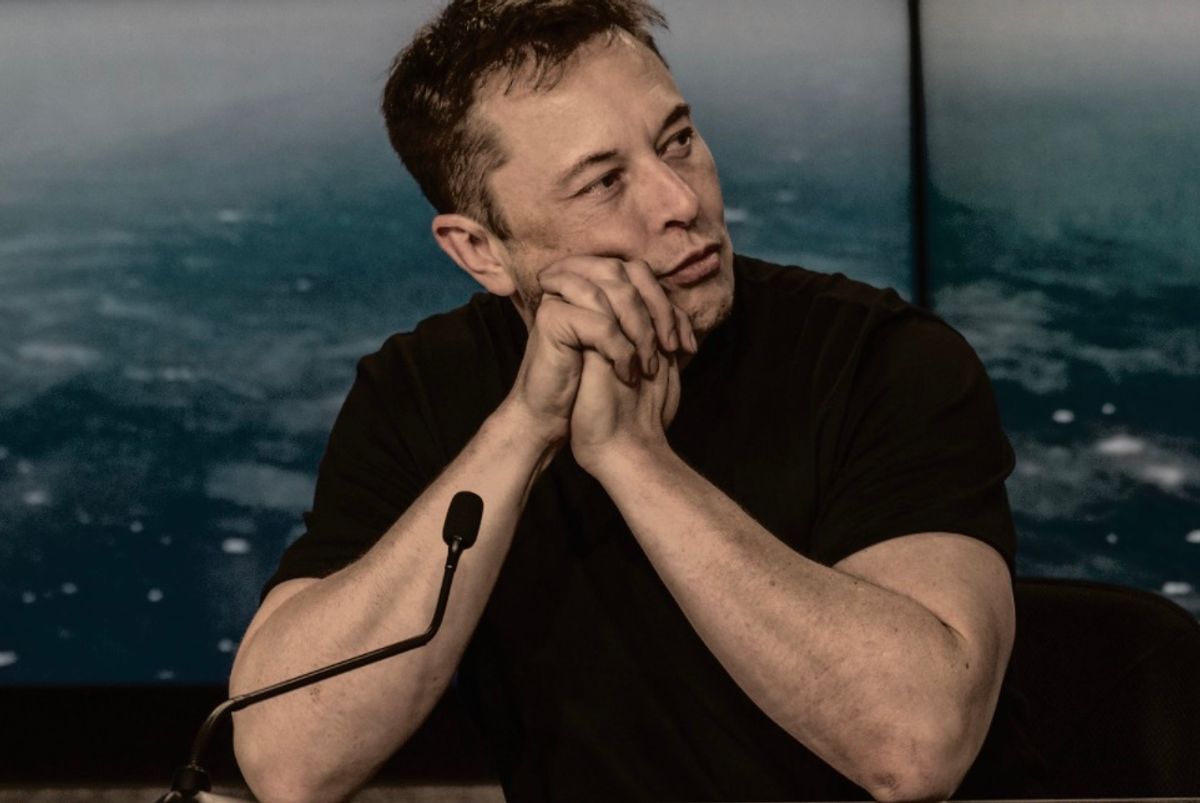 Claim:
A billboard with a picture of Elon Musk states, "Defend billionaires. We're just like you."
Rating:

In early June 2021, social media users shared a photograph that purportedly showed a billboard displaying a black-and-white image of billionaire Tesla CEO Elon Musk along with the message, "Defend billionaires. We're just like you." We were unable to find any evidence that this billboard exists in the real world. There are no news reports about it, which would be surprising given that single tweets penned by Musk often spark headlines. Also, none of the posts containing the photo included any specific information, such as where this alleged billboard is located.

The image appears to be a joke poking fun at Musk and others among the mega-wealthy, a class of people who have been in the news lately for stories critical of wealth inequality and the fact that billionaires are able to avoid paying income taxes.

Another red flag: The image contains what appears to be an image of Musk that can be easily found on the internet and a black background, which other social media users have used to create their own billboards. Here are some examples.

While we're very skeptical this billboard exists anywhere, without definitive proof we're rating this as "Unproven" for now. This would not be the first time, however, that Musk has been trolled via billboard.

Previous Article
Next Article
Article 11 of 15 in Collection