Did Elizabeth Warren Say Women Should Be Raped by Muslims to ‘Prove Our Tolerance’?

A bizarre and offensive quote about rape, Muslims, and Planned Parenthood attributed to Senator Elizabeth Warren of Massachusetts is a fabricated one. 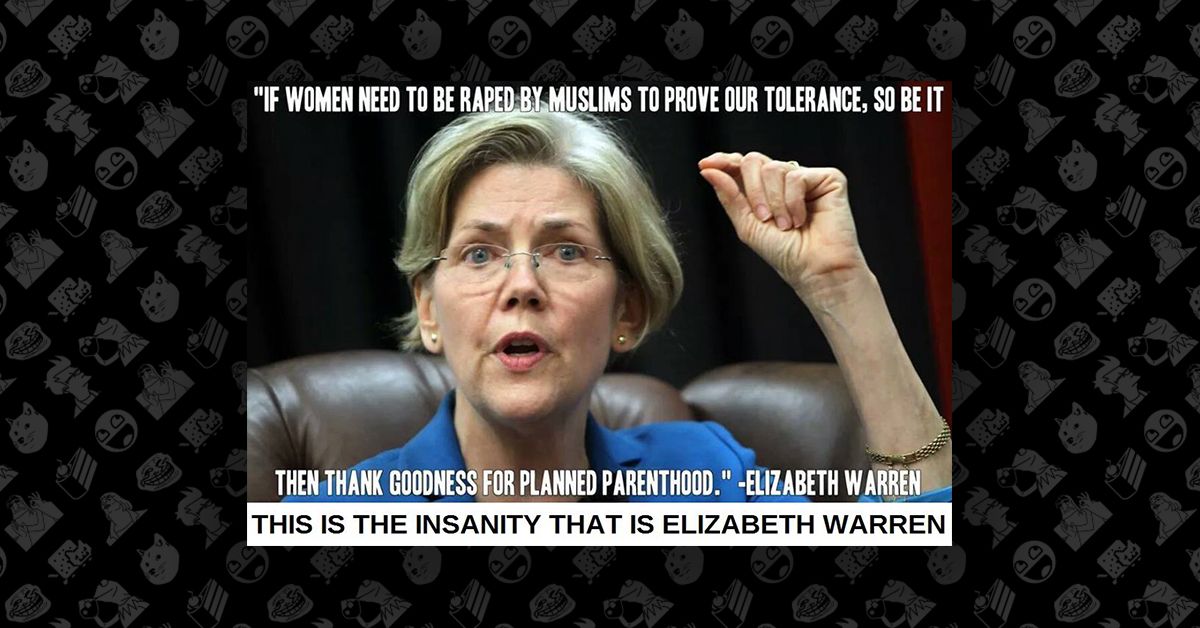 Claim:
Senator Elizabeth Warren said that women being raped was an acceptable cost for the tolerance of Muslims and praised Planned Parenthood.
Rating:

On 8 January 2017 A Facebook user shared tan image of Senator Elizabeth Warren of Massachusetts, attributing to her the following bizarre quote: "If women need to be raped by Muslims to prove our tolerance, so be it — then thank goodness for Planned Parenthood." The poster commented in the original that "She really did say this!" However, neither he nor any other commenter managed to locate a source for the credulity-begging remarks. Predictably, we also found absolutely no trace of comments made by Senator Warren that matched (or even paraphrased) the words attributed to her above. No other sources latched on to what would be a highly newsworthy statement, and social networks other than Facebook appear to be largely free of the same claim.

It appears the quote was fabricated from thin air, as we were unable to locate even a satirical article in which the "rape" comments were attributed to Elizabeth Warren.