Did 'Elizabeth From Knoxville' Use an 'Onion Towel' To Make Herself Cry?

A video of a woman who participated in rioting at the U.S. Capitol went viral after some noticed that she appeared to be a holding an onion. 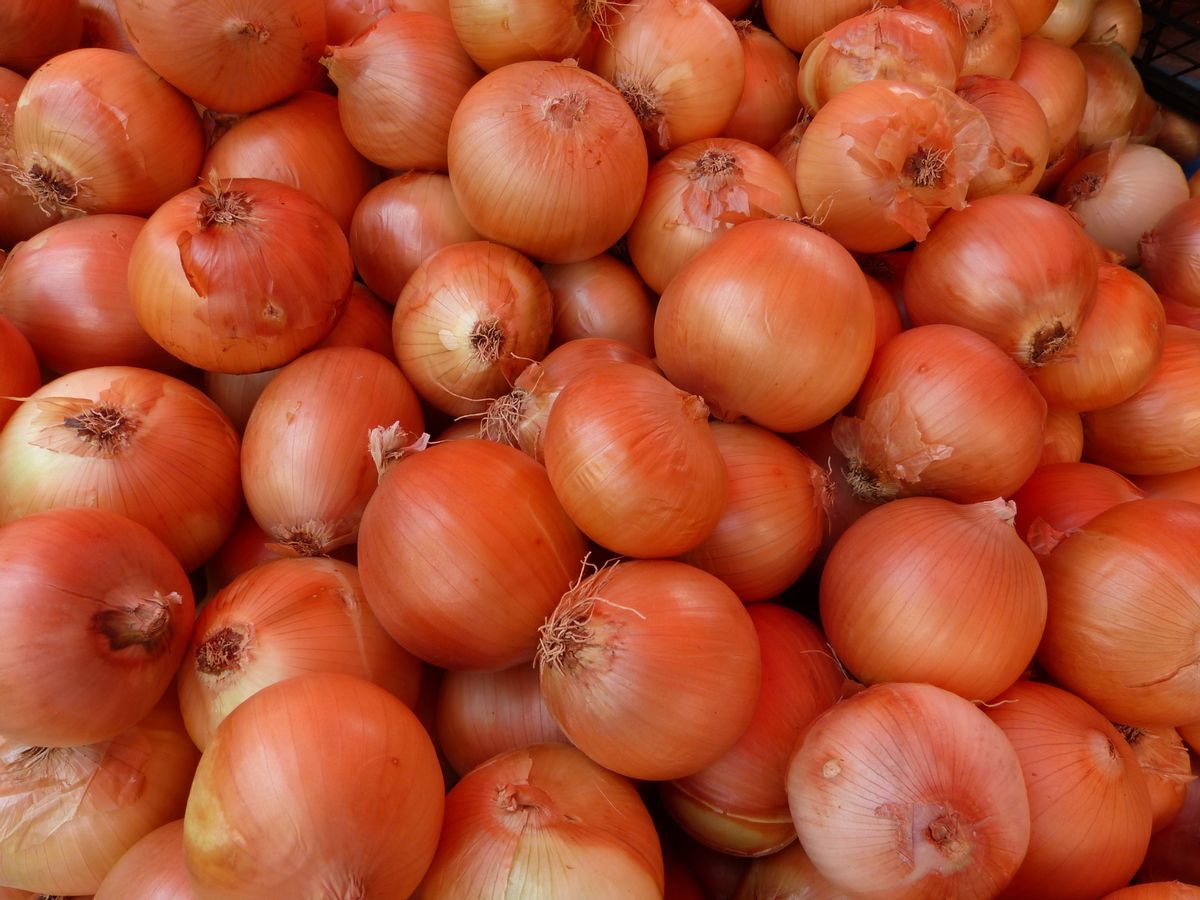 Claim:
A video shows a crying woman holding an onion while telling a reporter that she had been Maced during a riot.
Rating:

The video is real and shows a woman who identified herself as Elizabeth from Knoxville after rioting took place in Washington, D.C., on Jan 6, 2020.

It's not clear what she's holding. However, onions have previously been used by protesters to alleviate the effects of tear gas and other chemical irritants.

On Jan. 6, 2021, a pro-Trump mob stormed the U.S. Capitol in an apparent attempt to stop the certification of President-elect Joe Biden's victory. In the immediate aftermath of the incident, a video went viral that showed a woman named Elizabeth from Knoxville, Tennessee, telling a reporter that she had just been Maced inside the Capitol building.

This video, from Yahoo News reporter Hunter Walker, quickly went viral, with many users posting comments mocking Elizabeth for crying over her staged coup attempt. The video received even more attention the following day when some people noticed that it appeared that this woman was holding an onion:

Did she fake her tears? Did she use an onion to make herself cry, and then lie about being Maced? While we're not entirely sure what Elizabeth from Knoxville is holding in the photos, we doubt that this onion was used to "fake" tears.

Police truly did use tear gas at some points during the pro-Trump riot at the U.S. Capitol. While we don't know the particulars of this person's involvement in the riot, the fact that she appears to be holding an onion may bolster her claim that she was Maced. As Reuters noted in 2018, onions were used by protesters in the Middle East in an attempt to alleviate the impact of tear gas and similar chemical dispersants:

Medical masks, plastic bottles, T-shirts and keffiyehs have all been pressed into service against the gas canisters fired daily by Israeli troops. One ingredient is common to many of the devices: onions.

A single vegetable’s effectiveness is questionable when pitted against the latest “riot dispersal means” deployed by one of the best-equipped armies in the Middle East. But the protesters persist.

Some say they are imitating the techniques used in the first Palestinian intifada, or uprising, against Israel in the 1980s. Others have copied masks they saw in Hollywood movIes such as ‘V for Vendetta.’

Jehad Abu Mehsen, 48, covered most of her face with a plastic bottle holding an onion in place over her nose. She was sure that the more onion she used, the longer she could stay at a protest.

“It does help to alleviate the strong smell but it doesn’t stop the gas from coming. I have twice been taken to the medical tent to be treated,” she said.

While some have used this vegetable in an attempt to lessen the effects of tear gas, the International News Safety Institute notes that "breaking an onion in half, sniffing it, and getting it close to your eyes does not reduce the irritation [of tear gas] and it is likely to make you cry — just as it does when you are peeling it."

Updated [8 January 2021]: Updated to note that sniffing an onion is not an effective method to alleviate the effects of tear gas.