Was this Elephant Carved out of Stone in India?

Unlike real elephants, the internet always forgets whether this image is fake. 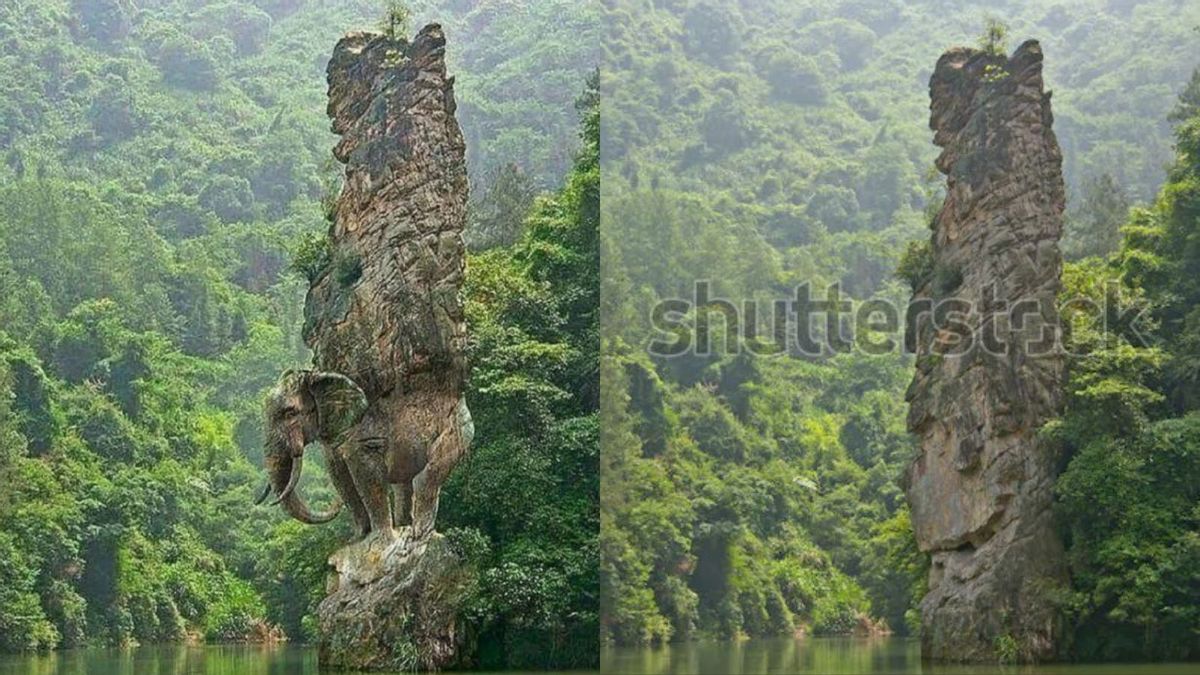 Claim:
A photograph shows an elephant that was carved out of a natural stone pillar in India.
Rating:

An image supposedly showing an elephant carved into a natural stone pillar in India has been circulating on social media for years. An April 2021 posting to Reddit, for example, was captioned: "Elephant carved out of stone in India." This is not a genuine photograph of a genuine location in India but digital artwork by Marcel Laverdet.

The above-displayed image was created by altering a stock photograph of a mountain in China. Here's a look at the genuine picture (right) and the doctored image (left): Laverdet's elephant pillar image has been circulating online since at least 2014. The image can currently been found on the Illustration X page for Rive Gauche, a Parisian illustration studio run by Laverdet and Frank Neidhardt. That version is accompanied by the tags "3D / CGI Rending" and "Fantasy."

The above-displayed artwork is reminiscent of another image we examined in 2018 that supposedly showed an elephant carved into a mountainside.