Photo Doesn't Show Electric Cars in France, Nor Were They Abandoned Due to Battery Replacement Costs

There's no shortage of misleading online memes about electric vehicles. 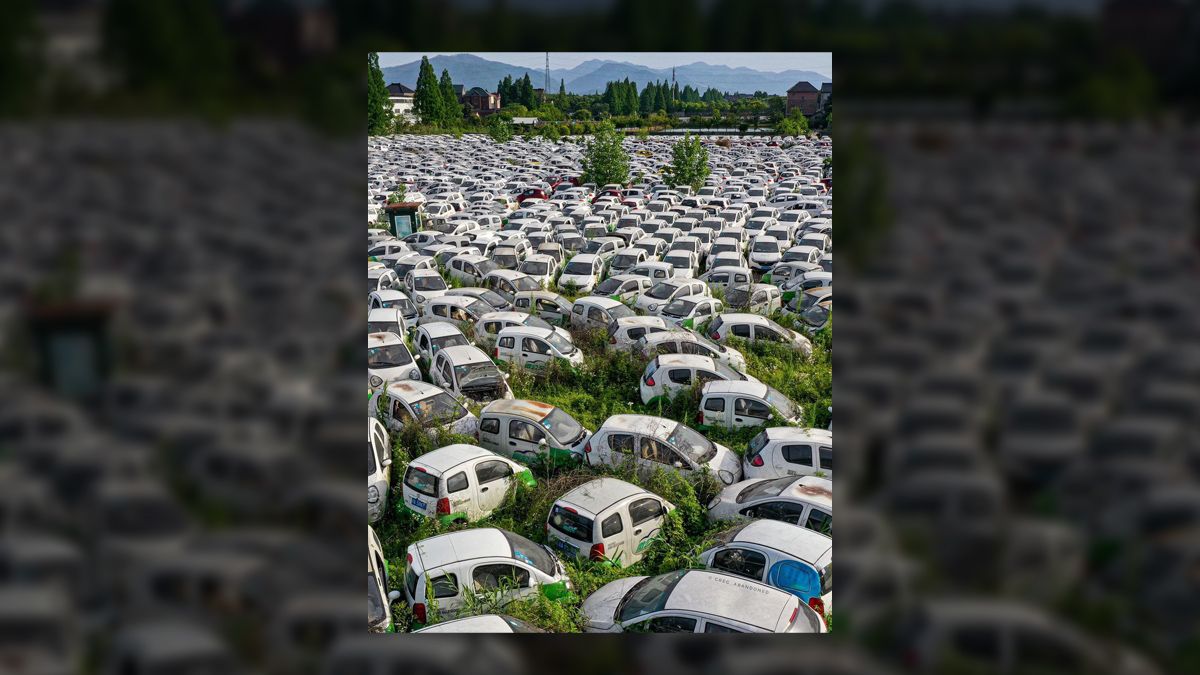 This photo does not show electric cars that were abandoned in France because of how expensive EV batteries cost for replacement. (Image Via @gregabandoned (Instagram))

Claim:
A photograph shows hundreds of white electric cars that were abandoned in France because the cost of replacing the batteries was too expensive.
Rating:

On Oct. 12, 2022, an "alternative-health guru" named David "Avocado" Wolfe tweeted a false meme on the subject of electric vehicles (EVs). The meme claimed to display a photograph that had been taken in France showing hundreds of electric cars that were abandoned due to the high cost of EV battery replacement. However, this caption was very misleading. The meme was engaged with tens of thousands of times.

The misleading caption read, "France: They bought electric cars for civil servants but it was too expensive to replace the batteries. After that, no one else wanted the cars. Now they are here."

The Observers previously reported that the picture was taken not in France, but rather just outside of Hangzhou, China. They cited several different sources.

The photographer who captured the picture was Instagram user @gregabandoned, who explores abandoned places around the world.

The cars in the picture belonged to an electric car-sharing company that was named Microcity. Thousands of their Kandi-brand vehicles hit the streets in 2013. However, The Observers reported that there wasn't enough demand for their business. The company went bankrupt in 2019. There's no data to show that EV battery replacement costs had anything to do with the reason the cars were abandoned.

We previously reported on other photos that had a similar caption about abandoned electric cars, EV battery replacement costs, and France. In that case, the pictures truly were captured in France. The BlueCar fleet was owned by Autolib, also an electric car-sharing service. However, once again, the electric cars in those pictures were not abandoned because of expensive EV batteries. Instead, a failed business model was to blame, just like with Microcity.

d'Entremont, Yvette. "David Avocado Wolfe Is the Biggest Asshole in the Multiverse." The Outline, 7 Aug. 2017, https://theoutline.com/post/1951/david-avocado-wolfe-is-the-biggest-asshole-in-the-multiverse.