Is this Really an Electric Car From 1905?

A photograph of the vehicle is real, but misdated. 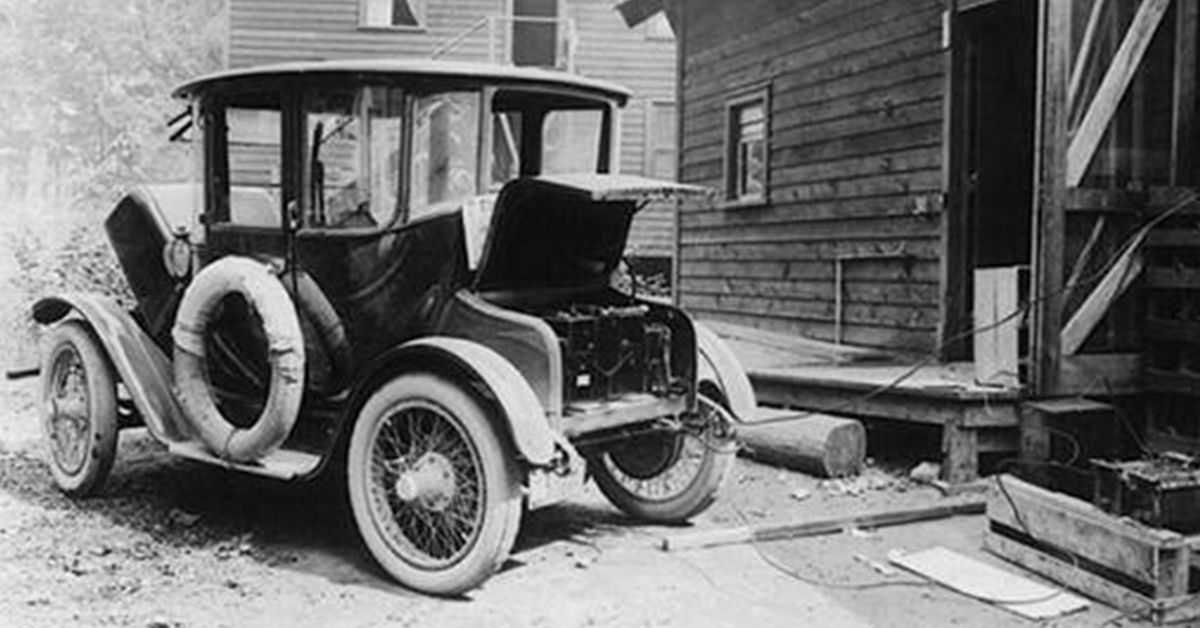 Image Via The Library of Congress

Claim:
A photograph shows an electric car charging in 1905.
Rating:

With a rise of interest in "green energy" fueling the expansion of automobile companies such as Tesla, one might assume that the electric car is a relatively recent invention. A photograph purportedly showing an electric vehicle from 1905, however, suggests otherwise:

This is a genuine photograph of an electric car charging in the early 1900s. However, according to the Library of Congress, this picture was taken several years later than claimed — in 1919, not 1905 —  and shows a Detroit Electric charging up between stops on a promotional tour between Seattle and Mt. Ranier in August 1919:

The plugged-in car featured in the photo which initially caught my eye was a Detroit Electric, a vehicle produced by the Anderson Electric Car Company from 1907 to 1939. The photo is part of a group of promotional images showing the auto on a trip from Seattle to Mount Rainier. Other photographs from the group show the car wending its way through the mountains of Washington.

The photographs also don't show the world's first electric car, just an early one; London inventor Thomas Parker claimed to have produced an electric powered vehicle as early as 1884.

Here's a photograph of Parker in one of his earlier models: Sitting aboard is Thomas Parker, who was responsible for innovations such as electrifying the London Underground, overhead tramways in Liverpool and Birmingham, and the smokeless fuel coalite.