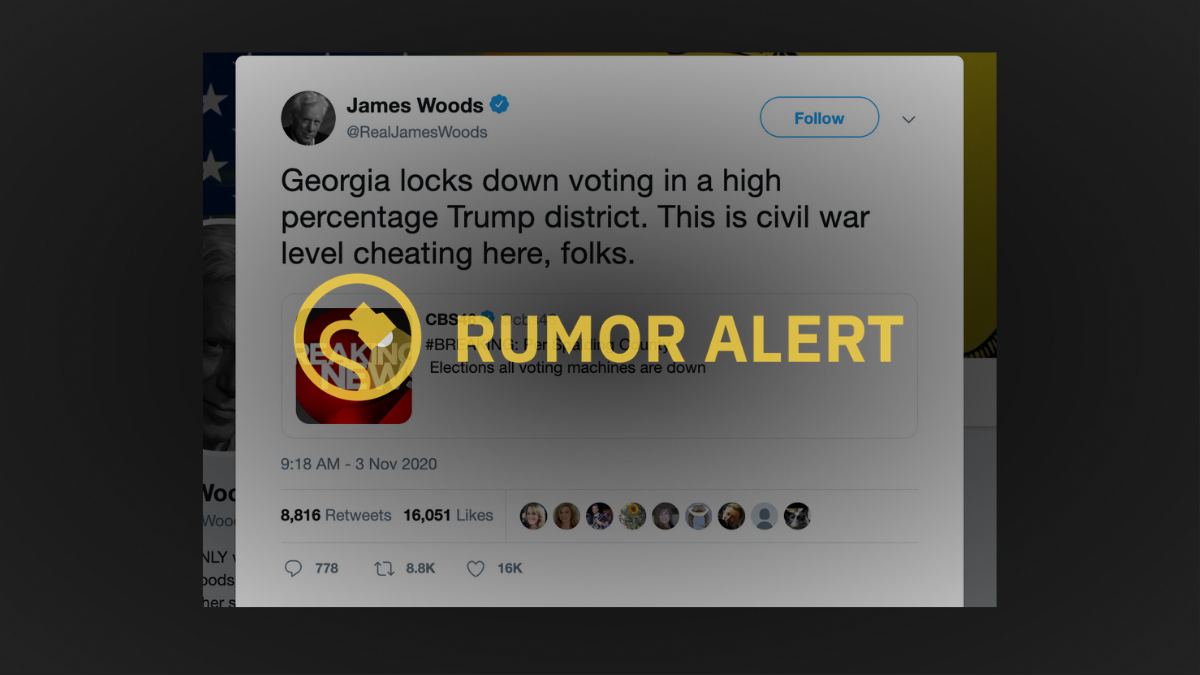 Claim:
Did Georgia "lock down voting" in a county that has strong support for President Donald Trump?

On Election Day 2020, Snopes readers asked about a widely reported glitch that caused voting machines in Spalding County, Georgia, to go down. Without evidence, actor and conservative Twitter figure James Woods asserted in a tweet that this was evidence of "civil war level cheating" by the Democrats because Spalding County is a "high percentage Trump district."

Although details regarding the technical glitch are still emerging, Woods' claim contains certain traits that are often indicative of misinformation:

Here is everything we know at this time:

According to WSB-TV in Atlanta, "The Secretary of State’s office says the system should be back up after human error caused major problems at polling places across Spalding County today, but many precincts are still dealing with issues." The issue occurred when "workers ... incorrectly loaded information onto the poll pads Tuesday morning so none of the machines were working."

WSB-TV reported that poll workers are trained on how to fix this specific issue, according to the Georgia secretary of state’s office said.

Spalding County Elections Supervisor Marcia Ridley assured voters that they will be able to cast their ballots, according to WSB-TV. Many precincts are using paper ballots while the issue is resolved.

FOX 5 in Atlanta reported that at the time of the technical difficulty, paper ballots were used at all locations.

Until more details emerge, we cannot authoritatively rate this claim with a traditional Snopes rating.