Did This Photograph Appear on the El Paso Mall Shooter's Twitter Page?

Social media accounts are typically scrutinized for clues to the motivations of mass shooters. 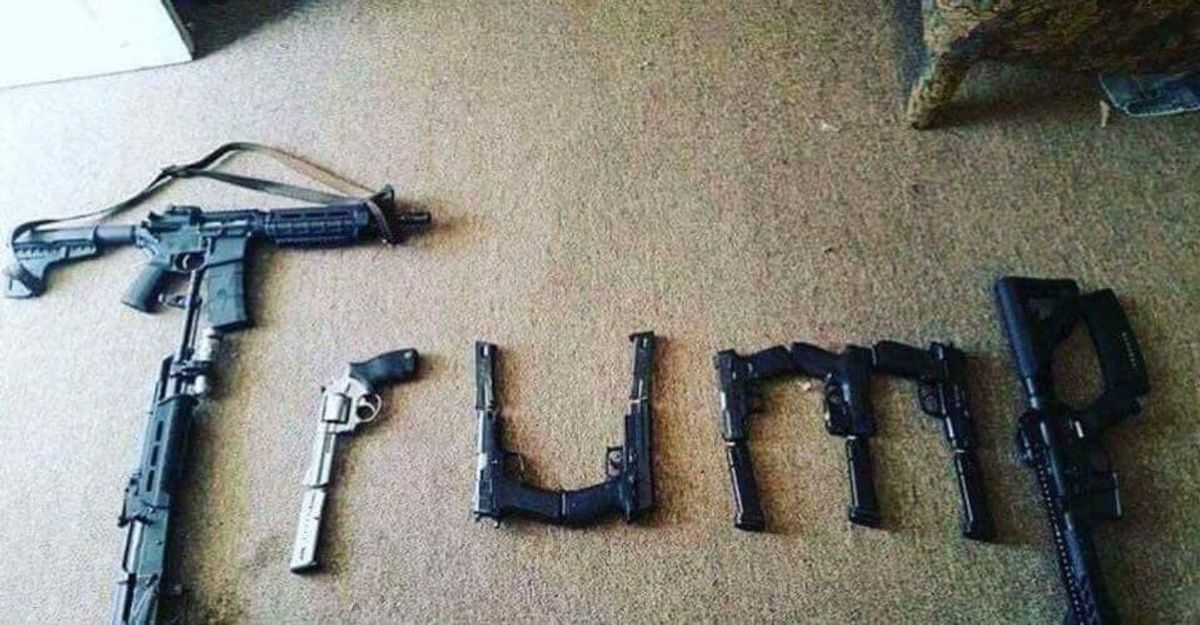 A Twitter account said to belong to the El Paso shooting suspect liked a tweet of a photograph showing the word "Trump" spelled out in firearms.

On August 3, 2019, twenty people were reportedly killed and over two dozen more injured in a mass shooting at an El Paso shopping center. Early news reports indicated that a 21-year-old man named Patrick Crusius had been taken into custody in connection with the shooting.

Soon afterwards, social media users circulated a photograph showing the word "Trump" spelled out by a variety of firearms along with a claim that the picture had appeared in the Twitter account of the suspect (as something he had posted or shared):

Uncertainty about the identity of the suspect, which social media accounts (if any) may genuinely have been tied to him, and the possible quick deletion of those accounts made this claim difficult to immediately verify. The image was not actually created by the perpetrator of that shooting just beforehand, as it had been online for well over two years before the incident.

Early reporting suggested that the suspect's Twitter account had been deleted after the shooting, but that prior to deletion that account had included no posts, and "just one photo" which was a profile picture and not an image of firearms arranged to spell "Trump":

The Facebook page was seen by Heavy before it was taken down. It included just one photo, the profile picture at the top of this article, and no other posts or details about the suspect. He had only three friends, including his twin sister. The other two friends were a man and woman whose connection to Crusius was not immediately known.

A screenshot we grabbed of the Twitter account in question before its deletion showed a tweet of the image (posted by someone else) was among the items "liked" by that account back in early 2017: President Trump himself condemned the shooting as an "act of cowardice" and a "hateful act":

Today’s shooting in El Paso, Texas was not only tragic, it was an act of cowardice. I know that I stand with everyone in this Country to condemn today’s hateful act. There are no reasons or excuses that will ever justify killing innocent people....