Did Einstein Warn the Moon Could Crash into Earth?

Einstein's "prediction" is coming to theaters in 2022. 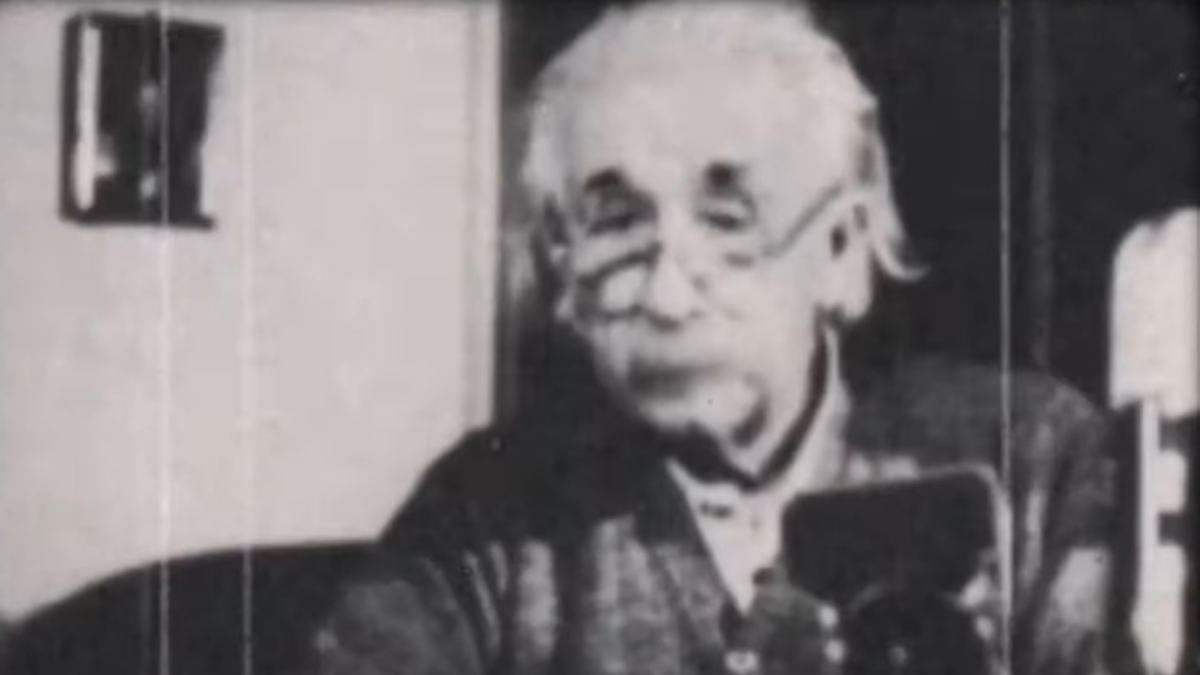 Claim:
A video showing Albert Einstein issuing a warning about the moon crashing into Earth is authentic.
Rating:

In November 2021, a video started circulating on social media that supposedly showed theoretical physicist Albert Einstein issuing a stark warning about the moon crashing into the Earth:

This is not a genuine video of Einstein. This video is part of a viral marketing campaign for director Roland Emmerich's upcoming movie, "Moonfall."

There are a number of ways to determine that this video of Einstein is inauthentic. For one, this video doesn't really pass the visual test. If you watch Einstein's mouth, the movements look jerky and a bit unnatural. While "deepfakes" have grown more convincing, this one is reminiscent of the "talking mouth" sketch from "Late Night With Conan O'Brien."

Emmerich, whose most famous movie, "Independence Day," also played with conspiratorial ideas about aliens, talked to Vanity Fair about how "Moonfall" was inspired by various conspiracy theories about the moon.

“As you know, I did the movie Independence Day, where we were strongly inspired by the whole Area 51 conspiracy,” says the director. To him, these secrets, rumors, and cabals are their own kind of franchise. “When you have a conspiracy which a lot of people believe, you already have some built-in interest. You don’t have to believe them yourself…. Most of the time I’m a skeptical person—I’m German after all ... I immediately realized, oh, my God, this could very well be one of these conspiracies where you can have something really traumatic happen, meaning the moon is getting out of orbit and falling on Earth. But at the same time, you learn that the moon is not what you think it is. It’s always a cool way to get into a movie."

The video of Einstein talking nonsense about the moon was created by altering footage of a 1950 interview Einstein gave on former first lady Eleanor Roosevelt's 1950 TV program "Today with Mrs. Roosevelt." While Einstein did not discuss the moon crashing into Earth on this program, he did talk about another potential cause of catastrophe: hydrogen bombs.