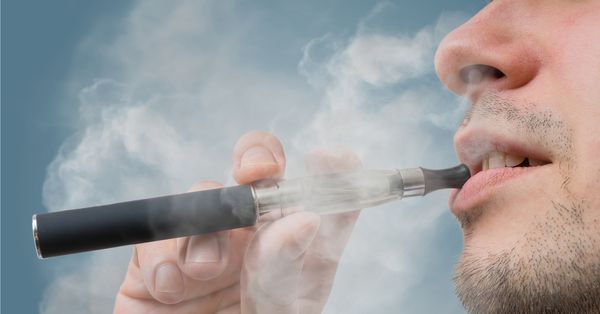 A Japanese study did not conclude all, most, or necessarily any e-cigarettes contain ten times more carcinogens than regular cigarettes.

In late April 2017, click bait site MeltMyHearth.com published a report purporting to show that a "new" Japanese study determined that electronic cigarettes, or e-cigarettes, contain an astonishing ten times the carcinogens of their tobacco counterparts:

In the research commissioned by the Japanese Ministry of Health, it was found that formaldehyde and acetaldehyde carcinogens are present, and prevalent, in the liquid produced by many e-cigarette products.

Furthermore, it was determined that e-cigarettes can fuel potentially life-threatening drug-resistant pathogens. This discovery comes from a lab study that tested the vapor from e-cigarettes on live methicillin-resistant Staphylococcus aureus (MRSA) and human cells

The claims are far from new. Identical claims about a Japanese study appeared on social media, circulating cyclically, as early as November 2014:

Distilled to the soundbite attributing "ten times the carcinogens" to e-cigs, the claim is difficult to quantify. Between November 2014 and April 2017, it had filtered through multiple sites and sources, obscuring the source material (and developing attributes such as "after intense studies"). The published research from Japan concluded that the levels of formaldehyde in vapors from high-voltage devices are "almost identical to those in traditional cigarette smoke" based on the limited scope of the study:

Some carbonyls, such as formaldehyde, acetaldehyde, and acrolein in e-cigarette emissions have also been reported in other countries [32,33,34]. [Appended data show] the amount of formaldehyde, acetaldehyde, and acrolein in the aerosols of Polish e-cigarettes [35]. According to these data, the emissions from e-cigarettes without propylene glycol were almost 100-fold lower than those from traditional cigarettes [36] ... [Earlier research] reported that formaldehyde and acetaldehyde were detected in eight of 13 samples [7]. The amounts of formaldehyde and acetaldehyde in e-cigarette aerosols at a lower voltage were on average 13 and 807-fold lower than those in traditional cigarette smoke, respectively. ... However, in general, there is an insufficient amount of data on the hazardous carbonyl compounds emitted from e-cigarettes, thus warranting continued broad monitoring of these compounds.

A November 2014 article in The Guardian summarized the claims:

Researchers at Japan’s National Institute for Public Health said they had found two carcinogens - formaldehyde and acetaldehyde – in vapour produced by several types of e-cigarettes during a study commissioned by the country’s health ministry.

One brand of e-cigarette produced 10 times more formaldehyde – a substance used in embalming that has also been linked to sick building syndrome – than a regular cigarette, said Naoki Kunugita, who led the research.

Based on that information, not only did the research include only electronic cigarettes purchased and sold in Japan, but just one device included in the research appears to have produced ten times more formaldehyde in particular (not carcinogens in general) than regular cigarettes. The initial claim did not encompass all carcinogens in cigarettes or e-cigarettes, and it did not involve more than one single product sold in Japan. In February 2017, the UK's National Health Service cited a study suggesting the use of electronic cigarettes is "far safer" than smoking.