No, Dwayne 'The Rock' Johnson Was Not Arrested

The rumor was false that claimed Dwayne "The Rock" Johnson was arrested in 2016 for importing banned medical substances into Australia. 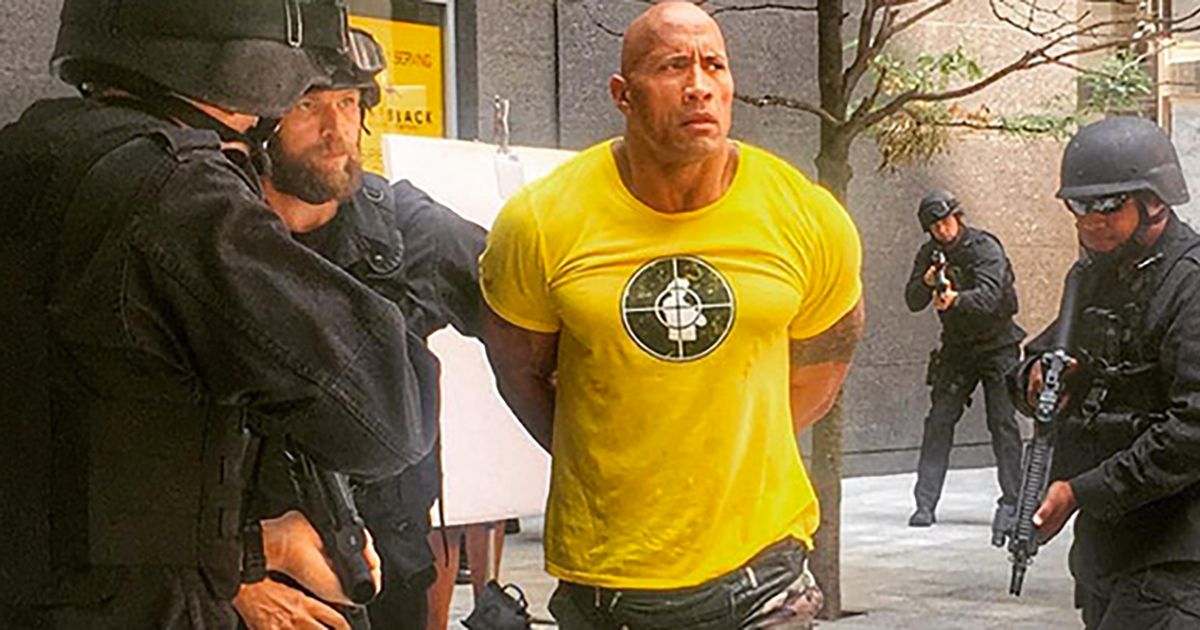 This false rumor was shared outside of its original context, where it had first been published on a satire website.

Although the false rumor spiked in early July 2016, it was not new as that time, as tweets reporting the same rumor had been appearing intermittently for more than a year. Moreover, social media mentions of Johnson's purported arrest were driven by an array of websites that concentrate on viral shares, none of which included much more than a photograph of the star in handcuffs from People magazine: A Photo from a Movie Set

The People magazine article to which the site linked did not report any such arrest. Published in July 2015, the report featured a photograph of Johnson that was taken while he was filming the movie, "Central Intelligence":

Some people can get away with wearing just about anything.

Take the fanny pack, for instance. Most of us see it as accessory of soccer moms and vacationing tourists. But not Dwayne "The Rock" Johnson.

On the set of next year's "Central Intelligence," Johnson plays a character named Bob. And judging by a photo on Johnson's Instagram page, Bob is partial to wearing a fanny pack — fashionably paired with a Public Enemy T-shirt, of course.

It's apparently the perfect thing to wear when you're being arrested by a SWAT team.

The Rumor Originated as Satire

The rumor about Johnson being arrested for HGH appeared to originate with a since-shuttered satire website known as tmosocial.com. This fact was referenced in an August 2015 correction from the law enforcement watchdog site Cop Block:

[EDITOR’S NOTE: I (Ademo Freeman) failed to check the source closely when I posted this article earlier today. The source, TMOSocial.com, is a site geared to post satire and/or fake pieces primarily to promote a product. In this case it was the supplement that was blamed for the arrest in the first place. On behalf of DEO (author) and myself we apologize to Dwayne “the Rock” Johnson and the readers for this mistake – though we fully supported his right to trade supplements without harassment. And though the arrest is fake the points surrounding the drug war and harassment of people for voluntary exchange of goods are most certainly valid. Again, our apologies.]

That note was appended to the original article, which had inaccurately cited the celebrity gossip site TMZ as their source for the initial erroneous arrest claim. Part of the satirical article read as follows:

Dwayne “The Rock” Johnson was arrested last night after a resident notified police that a tall man had handed another man pills. When officers arrived at the scene, "The Rock" became increasingly upset when when police officers told him, “Your celebrity status does not put you not above the law,” and booked him.

"The Rock" was released the next day without charges. The LAPD released a public statement stating, “We’d like to apologize to Dwayne Johnson for the inconvenience. Any time the LAPD receives a call, it is our responsibility to make sure it is treated in the most serious manner. For the record the pills found in Dwayne Johnson’s Fanny Pack were in fact not schedule two narcotics.”

The long-circulating fabrication about Johnson's arrest wasn't the first popular effort from websites impersonating TMZ. A bevy of other websites used that outlet's name and visual elements to spread fake news stories about a satanic dungeon in the basement of a Chuck E. Cheese, an implant that alerts people when their partner cheats, a college girl who became comatose after drinking excess quantities of a bodily fluid, Ku Klux Klan members committing suicide over the news of a $20 bill bearing Harriet Tubman's image, and a study indicating 80% of men in Atlanta are gay.