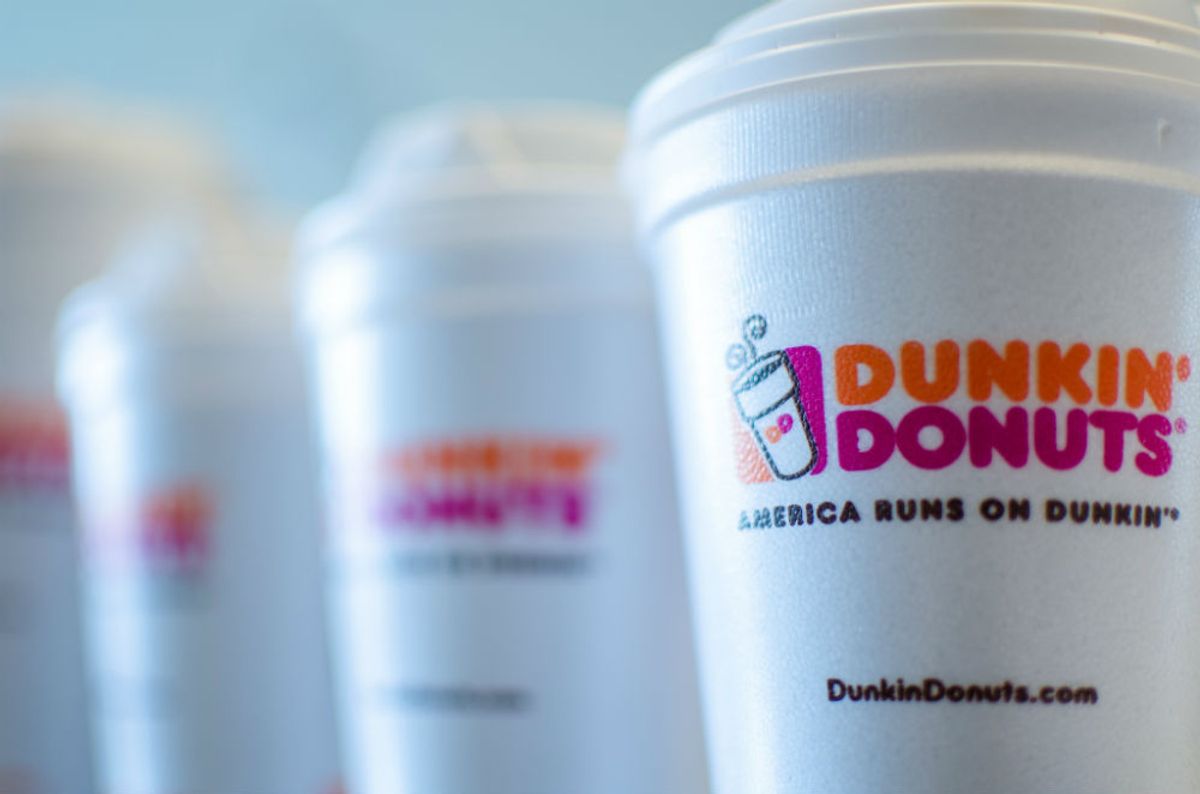 I consider myself a reasonable woman. Although I’m disappointed by Starbucks’ choice to eliminate Christmas from their holiday cup designs in recent years, I’m not the type to get up in arms about little things like that. But after Dunkin Donuts revealed their new holiday cups, I couldn’t stay silent any longer.

When I stopped into Dunkin Donuts yesterday, I was greeted by a terrible surprise when the cashier handed me my hot chocolate in their new holiday cup. There was no Christmas motif, no red and green, and not a seasonal snowflake to be found. It was just the Dunkin Donuts logo and a picture of notorious atheist Richard Dawkins giving me the finger. I asked to speak to the manager immediately.

This article was just a satirical take on the annual "War on Christmas" controversies that have in recent years included Starbucks' holiday cups, including the 2015 version that did not feature any religious symbols, as well as the coffee chain's November 2016 (non-holiday) green unity cup.

Author Emily Davidove used these controversies as the basis for a satirical piece about a fictional Dunkin' Donuts cup that was published on Above Average, a comedy web site:

We are a leading multi-disciplinary entertainment company that develops and produces original, laugh-out-loud comedy programming. Founded in 2012 as an independent subsidiary of Lorne Michaels’ Broadway Video, Above Average is a digital-first company with a 40-year television and film legacy.