Does This Video Show Ducks Obeying a Traffic Light?

A video purportedly showing a group of ducks waiting patiently at a traffic light may have been produced with digital editing software. 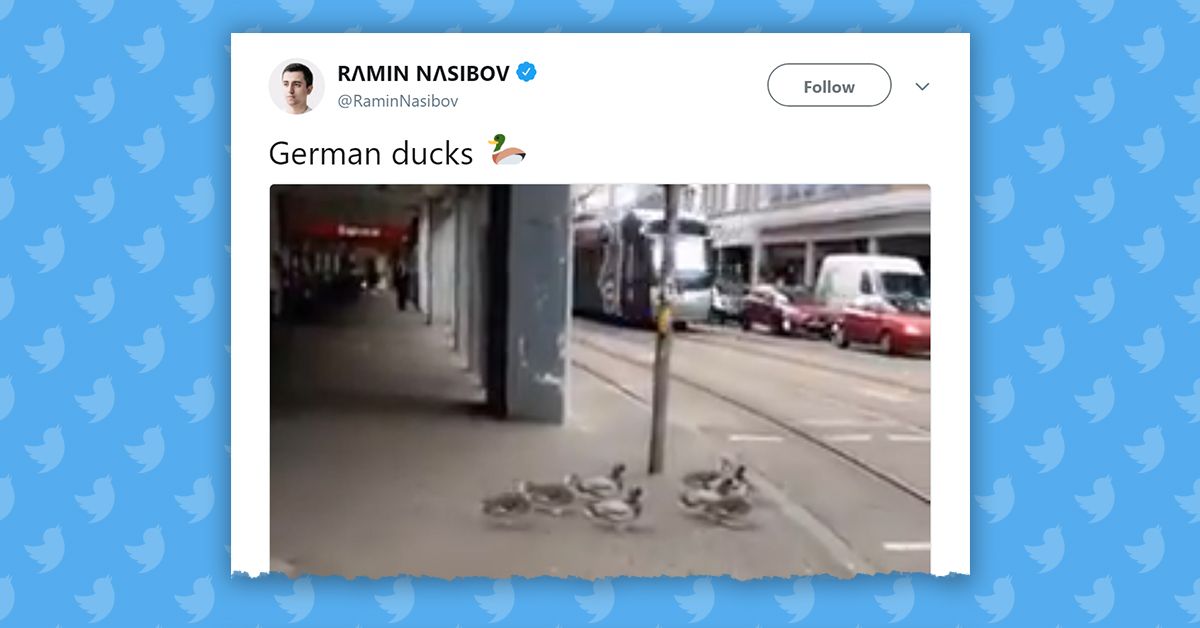 Claim:
A video shows a group of ducks patiently waiting at a traffic light.
Rating:

In May 2018, a video purportedly showing a group of ducks in Germany waiting patiently at a red light before crossing the street when the traffic signal turned green started to go viral on Twitter:

The video first received attention after it was posted to a Facebook page connected to the German social media marketing company Medien Saar, an outfit that helps businesses create and promote viral content.

The original post was not accompanied by much information about where or when the footage was taken, instead including a request for viewers to "like" the page and a statement saying that the posters were not the creators of the video but had received it from a group of fans. A higher resolution version of the video (embedded above) was posted to YouTube the following day.

It is difficult to tell if the ducks in the video are real or fake in the version that was circulated on Twitter. However, the YouTube clip provides a clearer look at the animals as well as several hints that this footage might have been manipulated.

Several viewers pointed out that the shadows beneath the ducks are little more than static disks that appear too dark for the lighting conditions, and the lines of the sidewalk blur as the ducks move across them. The biggest giveaway, however, might be that these ducks appear to be gliding more than walking:

We reached out to Medien Saar for more information about the video but received no response.