Did a Duck Hatch and Raise an Alligator? 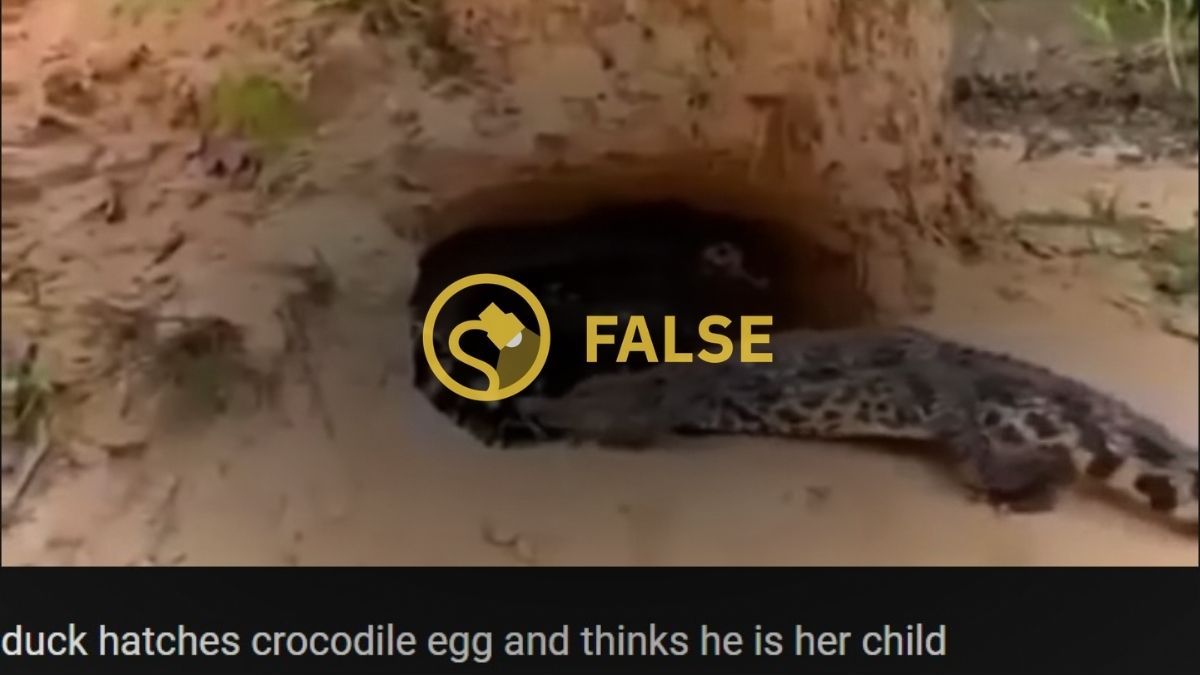 Claim:
A video shows ducks and an alligator living in the same hole after the mother duck hatched and raised the alligator.
Rating:

WARNING: The videos in this article feature animal abuse.

In February 2022, a video supposedly showing a group of ducks and an alligator living peacefully together in a small hole on the side of a hill was widely circulated on social media. A popular posting on the "AnimalsBeingBros" subreddit was captioned: "a duck hatched an alligator egg, now they’re a family."

While this video is frequently attached to a cute caption, this is not documentary footage of a wholesome encounter as a family of ducks welcomed home their brother from another mother. This is an abbreviated version of a staged short amateur film.

The above-displayed video was one of several short amateur films produced circa 2020 that featured a "primitive man" "rescuing" various animals from dangerous encounters. These videos featured different combinations of animals [chickens attacked by pythons, doves attacked by snakes, turtles attacked by komodo dragons], but they all followed the same premise: "Primitive man saves [BLANK] from [BLANK]."

Here's the full version of this video. As you can see, these ducks aren't welcoming a predator into their home.

It appears that this same group of ducks were featured in another video showing them being attacked by a python.

A collection of these "animal attack" videos can be found on the "CanhR LiveThree" Facebook page. While it's not clear if this page belongs to the creator of these movies, it is clear that these videos were all created as a form of entertainment. They do not document natural occurrences, but man-made staged ones. The viral video does not show a duck that hatched and raised an alligator. The video really shows a group of ducks that were subjected to a close encounter with a dangerous animal in service of making a piece of entertainment.