Are These Dubai Skyscrapers Poking Through the Clouds?

The tallest building in the world, the Burj Khalifa in Dubai, extends more than 2,700 feet into the sky. 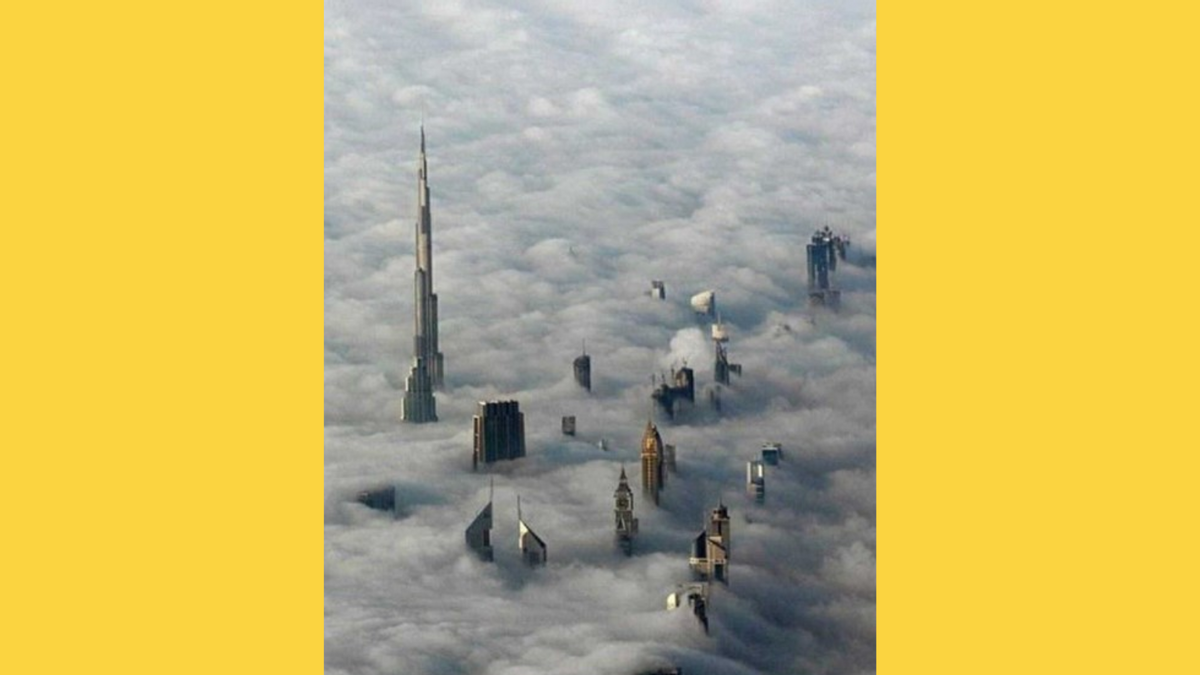 Claim:
A photograph shows skyscrapers in Dubai poking through the clouds.
Rating:

This is a genuine photograph of Dubai's skyscrapers.

The "clouds" in this image would be more accurately described as fog.

A photograph supposedly showing Dubai skyscrapers emerging through the clouds is frequently shared on social media: This is a genuine image of skyscrapers in Dubai. The "clouds" in this image, however, would be more accurately described as fog.

This photograph was taken by Carsten Witte as part of his "Desert Tombstones" project. The Phoblographer published an article about these photographs of "monolithic architecture" in 2017, writing:

In a set he interestingly calls Desert Tombstones, Carsten emphasizes the stateliness of Dubai’s skyscapers, both in their size and their ultra modern design. Each building he photographed stands tall as a symbol of the city’s stunning architecture, rivaled only by a few in the world. Each also has their own distinct features, shapes, and patterns that are interesting to explore and capture as urban geometry studies.

This, of course, is not the only photograph of these skyscrapers poking above the fog. Here's another example from photographer Daniel Cheong:

In 2016, a BBC article described how this desert city turns into a surreal landscape as the fog rolls in a few times a year:

In a relatively short time, Dubai’s skyscrapers have become icons – distinct markers of a futuristic air-conditioned metropolis in the middle of an otherwise arid desert.

And while the city continues to change drastically from month to month, with new skyscrapers seeming to grow from the ground overnight, the weather is actually quite homogeneous, with long days alternating between being either hot or exceptionally hot and skies varying between shades of blue or bluer.

But a few times per year – if you are in the right place at the right time and luck is on your side – you might get to see this futuristic metropolis become a city in the clouds, as a seasonal, thick fog rolls in and envelopes Dubai.

Seeing and capturing this fog is tricky. Accounts vary, but between two to six times per year, sometime between September and November, the lights of the city disappear in a mist so thick you can't see the ground in front of you.

The fog appears during the shift from scorching summer to moderately cooler winter. As the cool air of the nights meets the hot humid days, fog forms in the early hours, blanketing the city in a thick haze.