Can Turkeys Drown in the Rain?

Are domesticated turkeys really that stupid? 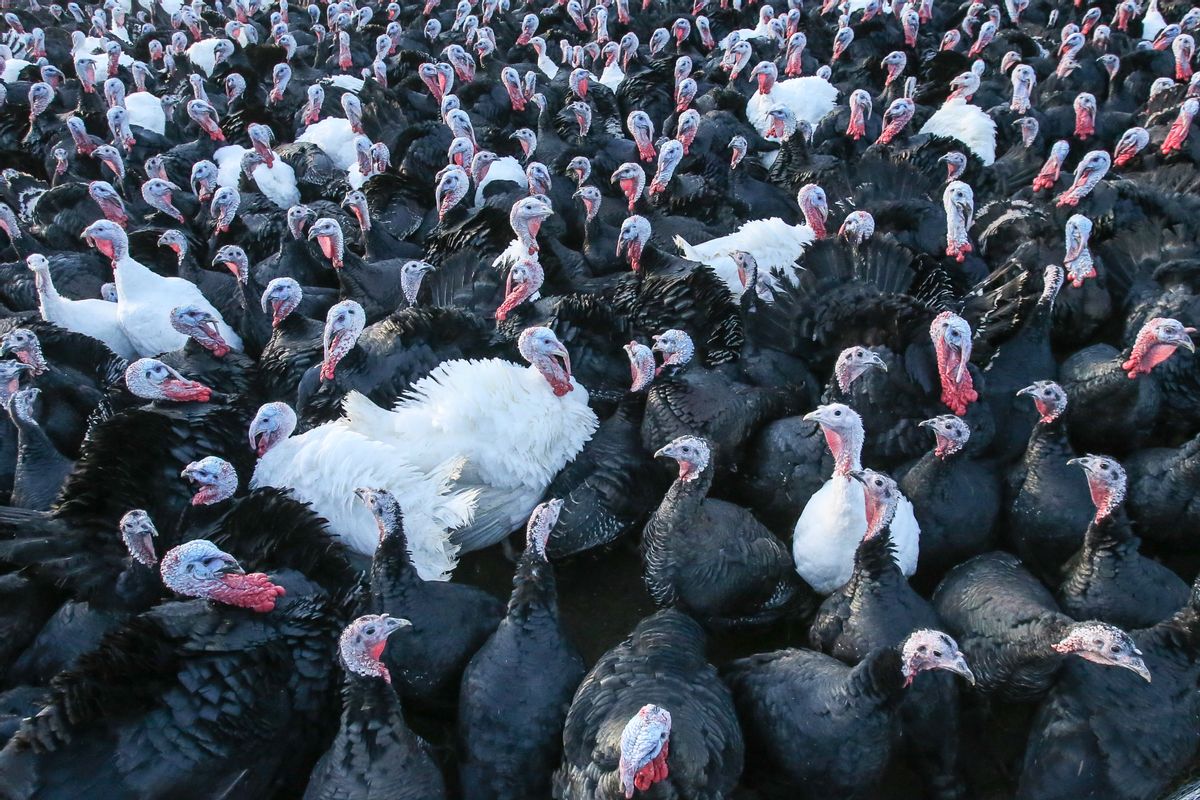 Claim:
Domesticated turkeys are so lacking in intelligence that they will look up at falling rain until they drown.
Rating:

Stop us if you've heard this one before.

My grandfather told me that domesticated turkeys are so stupid that, upon feeling the first drop of rain, they will look up at the sky, fascinated. They will continue looking straight up into the rain, with their mouths open, until they drown.

First of all, this belief as described is based upon a couple of false premises:

Nonetheless, this legend does have a couple of marginally-related aspects of truth to it: