Does This Video Show a Drone Delivering Instant Noodles?

Drone technology and its possibilities are no longer strange — but are the robots taking delivery orders yet? 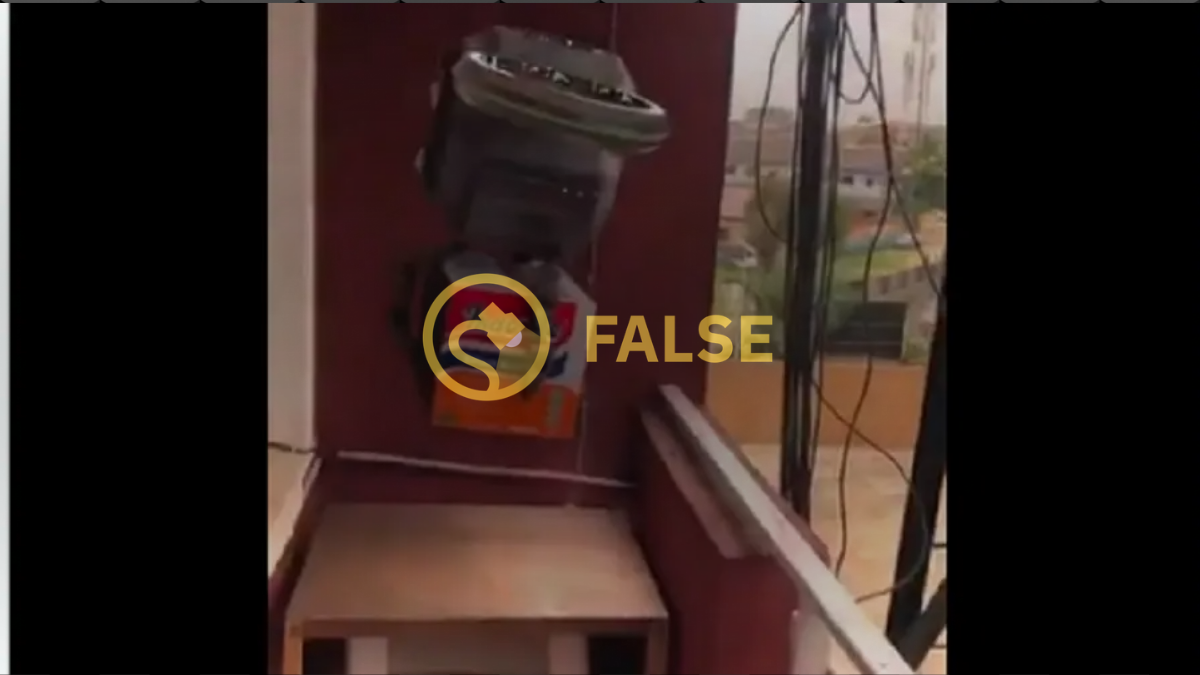 Claim:
A video clip shows a drone delivering a box of instant noodles to a household, then collecting a debit card payment before flying off.
Rating:

Beginning in August 2020, social media users in multiple countries began sharing a video that purported to show a drone delivering a carton of Indomie brand instant noodles to a directed spot in a household, then collecting a debit card payment via a point-of-sale device before flying off:

This video appeared to have originated with a tweet posted by Uche Anisiuba, accompanied by the explanation that "I ran out of Indomie yesterday, needed to make a quick restock, never knew we had a drone delivery service in Lagos":

However, Anisiuba's Twitter account identified him as the co-founder of Quadron Studios, "Nigeria's leading digital content company," something that suggested a digital creation rather than a real-life video. Indeed, Anisiuba later tweeted that the clip employed "3d visual effects," and he followed that up with a "before and after" video showing how the 3D effects were added:

In a video interview with Artfrocentric, Anisiuba discussed and demonstrated the creation of the video:

And in a print interview with Techpoint Africa, Anisiuba answered some questions about the origins and spread of his video:

Q: I imagine many would be wondering, how did you make the video look so realistic?

A: So I got into visual effects, which is what this is, in late 2018. Basically, the kind of high-end 3D they use in Marvel — those Avengers-type 3D.

I also run a company called Quadron Studios. We did a project of similar standard between 2018 and 2019 called Skelebe. It’s about a Lagos Rat from Warri that has an attitude and talks to people. It’s like Ratatouille but in Lagos.

That was when I developed the skills. Since then, I’ve done a couple of VFX projects but this is my first personal project that I did and put out there.

I’ve been doing animation for a while but there seems to be a stigma for cartoonish animation in Nigeria. The idea of animation is for kids. But I realised that folks still watch Avengers, not knowing that it’s animation.

Lion King is a hundred per cent animation and many people don’t know. And since it takes almost the same time to do both of the different kinds of animation, I thought, why not move to where the market seems to be.

Q: Before you posted the video, how did you think people would react to it? Did you expect it to go viral?

A: I never expected it to go viral. Due to COVID-19, things were a bit slow, so I wanted to push it to some of my guys who work in advertising agencies to see if it‘s something that their clients would want. That was the essential idea. But the thing took off.

A: I put it on Facebook and Instagram and it was going little by little. But once I dropped it on Twitter, the spread was exponential. In fact, celebrities have even come on board. I have Banky W and a couple of other guys following me. Niyi Akinmolayan who directed The Wedding Party 2 shared it on Twitter and Instagram. And then there is another producer that did Sugar Rush who now follows me based off that video on Instagram. So it seems to be moving, at least, it’s definitely not what I expected — which is a good thing.

As good as that is, I didn’t expect some people to start stealing it to promote their businesses without tagging me. I get that some of it might not be malicious but a lot of us do not understand the gravity of intellectual property and how serious it can get if someone has the time to follow up.

Okike, Samuel.   "How a 3D Visual Effects Video of a Drone Delivering a Carton of Indomie Fooled the Internet."     Techpoint Africa.   28 August 2020.