A hoax video claims that you can get $10 worth of free gas from "leftover campaign funds" simply by swiping your driver's license. 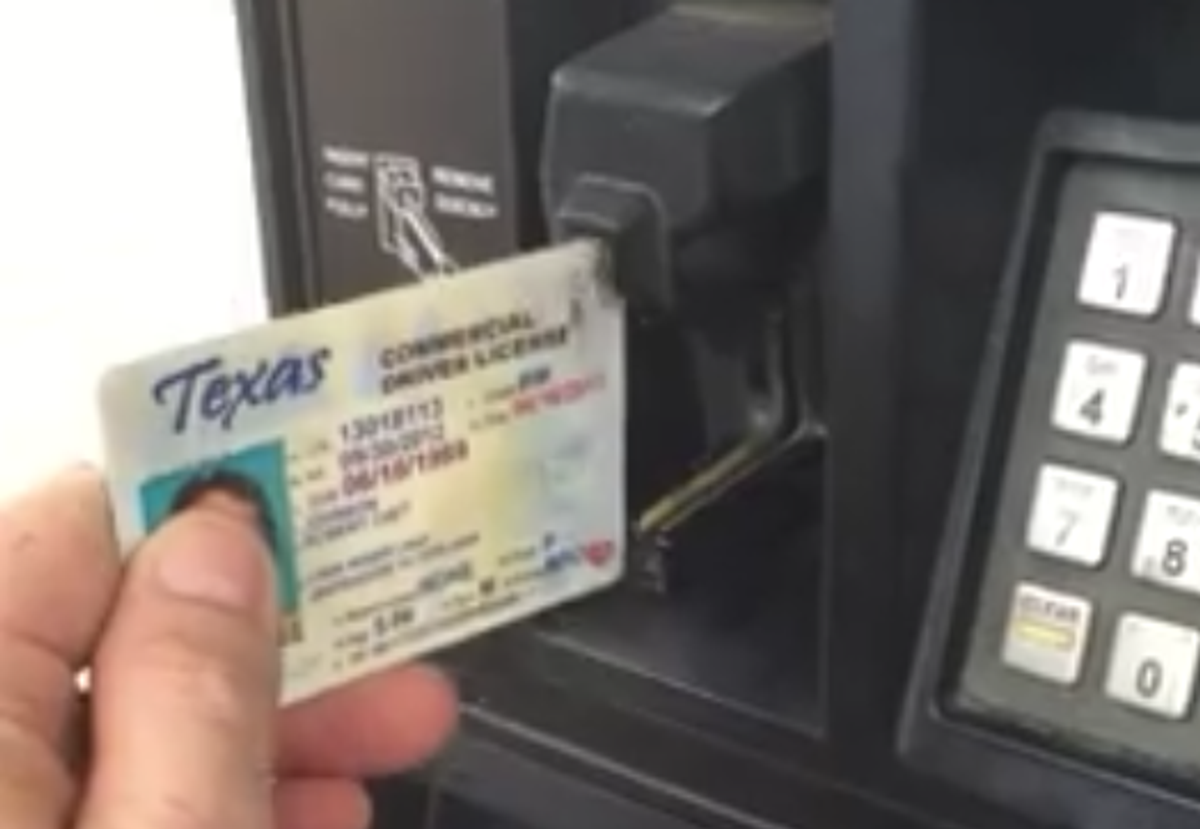 Claim:
Leftover campaign funds are being used to give out $10 worth of free gas when you swipe your driver's license at the pump.
Rating:

On 19 April 2016, Facebook user Chet Johnson published a video purportedly showing how Texas residents could get $10 worth of free gas by swiping their driver's licenses at the pump. (Later versions of this rumor expanded the giveaway to the entire United States.) According to Johnson, the free fuel was made available from campaign funds that were left over from the Texas primary:

$10.00 free gas!!!!! Just found out about this! After the Primary Election any money left over in the campaign funds goes into an account and you can get $10.00 free gas a month until the fund goes dry! I tried it and it works!!!! Share with everyone so others can enjoy!!!

The post does not specify whose leftover campaign funds would be fueling this gas giveaway.  Presidential candidate fundraising isn't divided up into primaries; candidates raise money throughout the election season and can use those funds at anytime during their campaign, which means there were no "leftover campaign funds" to give away after the Texas primary.

Further, the Texas presidential primary is a small part of a national election. It's unclear how the state would be able to lay claim to campaign funds (from multiple candidates with their own individual finances) in the middle of an election season.

So what happens to leftover campaign funds? According to the FEC, surplus funds can be used for a number of purposes, such as future elections or charitable donations:

Chapter 8 of the FEC campaign guide, Expenditures and Other Uses of Campaign Funds, says money can be donated to charities and state and local candidates. It also allows “unlimited transfers to any national, state or local party committee.” But for national candidates, there’s a limit of $2,000. So that’s out.

According to the Christian Science Monitor, personal use of campaign funds is expressly forbidden:

The big no-no, of course, is personal use of political contributions. Campaign cash can’t be spent on expenses that would exist even if the (former) candidate hadn’t run for office. That’s a broad definition, but the guide spells out some specific examples including college tuition, groceries, funeral expenses, clothes (excluding stuff like campaign T-shirts), mortgage or rent payments, leisure and entertainment, and gym and country club dues.

This viral Facebook post has a few other questionable details. For example, the only time the video showed the price display was just after the driver's license had been swiped. At that time it read "$10 pre-paid." It's likely that the person who made this video simply paid $10 inside the gas station, then returned to the pump and pretended that his credit was generated by a swipe of his driver's license.

It should also be noted that a statewide giveaway based on leftover campaign funds would almost certainly make front page news, yet the only mention of this free $10 gas deal is on a Facebook page.