Does a photograph show a sign in Ireland that promotes drinking and driving? 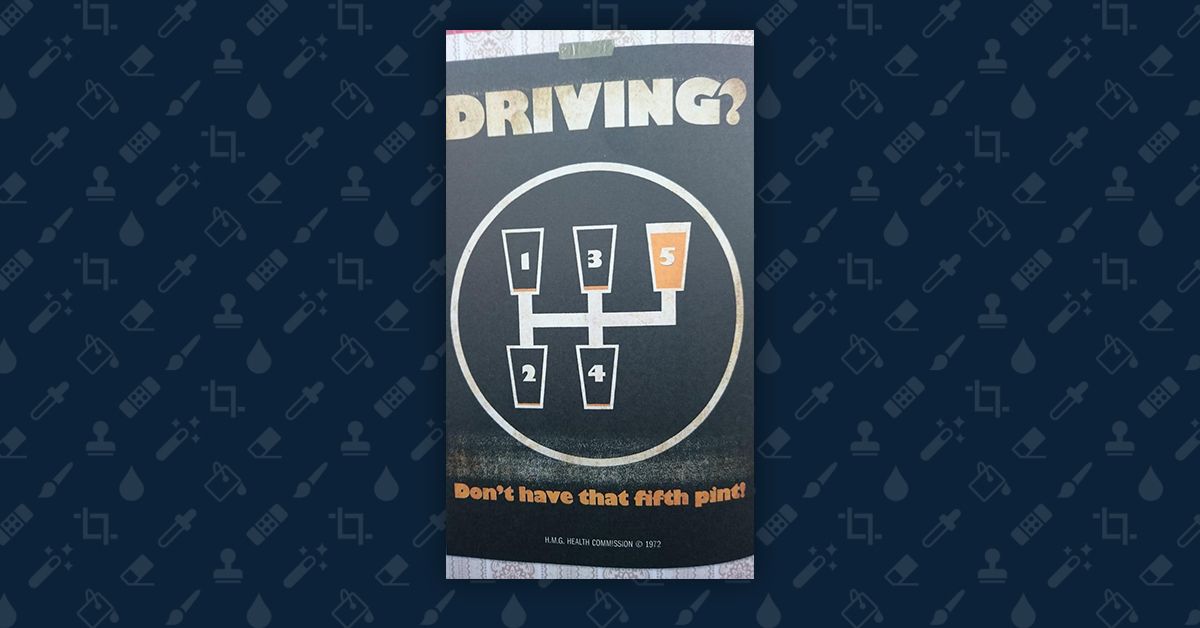 Claim:
A 1972 sign warned Irish motorists not to drive after having five pints of beer.
Rating:

On 18 May 2015, a photograph purportedly showing an Irish "responsible drinking" ad from 1972 was posted to the r/Ireland subreddit of the web site Reddit: While the photo was quickly debunked by the site's users (the image was created by comedians David Mitchell and Robert Webb for their 2009 book This Mitchell and Webb Book) the sign soon started spreading on social media without any explanation of its origins: Although the image does look authentic, there are several factors that indicate it was merely a joke. The abbreviation "H.M.G." at the bottom of the image, for instance, refers to "Her Majesty's Government," which is a British (not Irish) entity. Furthermore, it is highly unlikely that an official government body would encourage people to drink and drive. Even in 1972. Even in Ireland.

This isn't the first time that this "responsible drinking" ad has circulated on the Internet. Shortly after the image was posted to Twitter by @FascinatingPics in 2014, comedian David Mitchell took it upon himself to clarify some of the misconceptions associated with the photo: