Did a Convicted Sex Offender Read to Children at a Houston Public Library? 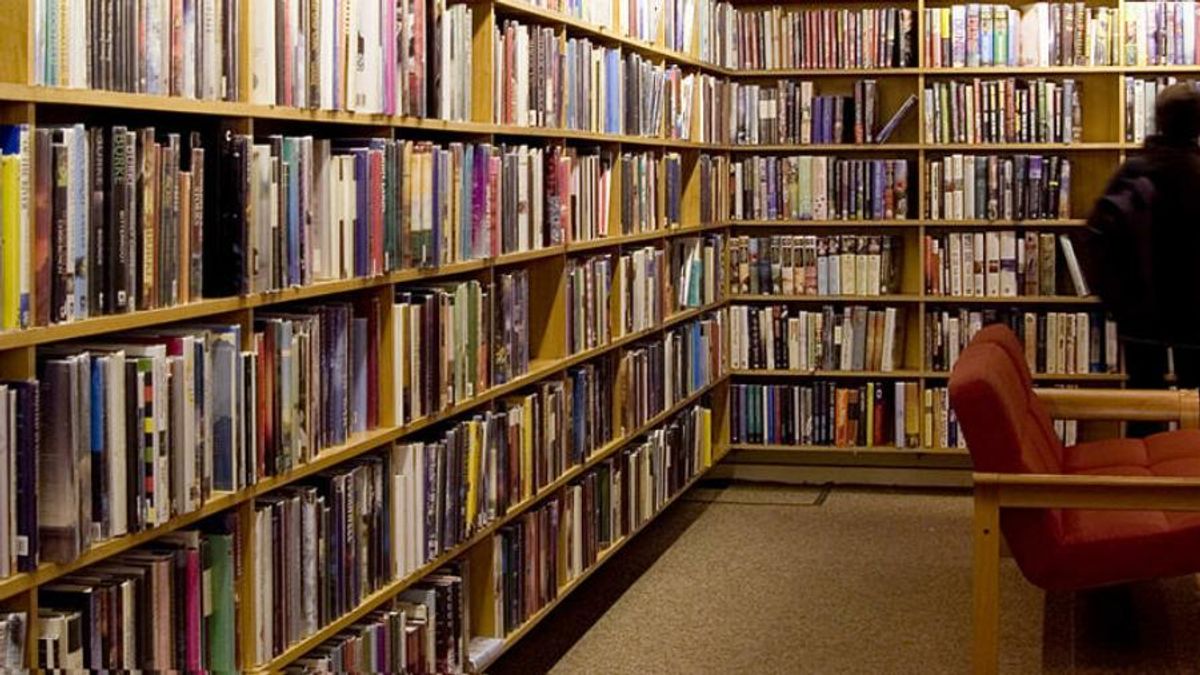 Claim:
Albert Alfonso Garza was convicted of sexually assaulting a boy in 2006, before taking part in "Drag Queen Storytime" in a Houston public library in 2017 and 2018.
Rating:

In October 2019 we received multiple inquiries from readers about the accuracy of reports claiming that a drag queen who performed at a public library in Houston, Texas, was a registered sex offender who had been convicted of sexually assaulting an eight year-old boy.

Back in March 2019, The New American website posted an article with the headline "Drag Queen Who Read to Kids at Houston Library is Convicted Pedophile," which reported that "A drag queen who read stories to children at a Houston public library last year is a convicted pedophile considered to be at risk of repeating his offense — a fact uncovered by parents opposed to 'Drag Queen Storytime,' not by library officials, law enforcement, or the supposed watchdog news media."

Houston television station KHOU had reported at the time that:

A registered child sex offender has been reading to children at Houston Public Library as part of its Drag Queen Storytime. A group called Mass Resistance, which has been trying to put an end to the program, contacted KHOU about the child sex offender ... A media spokesperson for the library confirmed one of the program’s drag queens, Tatiana Mala Nina, is Alberto [sic] Garza, a 32-year-old child sex offender. In 2008, he was convicted of assaulting an 8-year-old boy."

It wasn't clear why the nearly seven-month-old story re-emerged on social media in early October 2019. But the revelation of Garza's sexual assault conviction has been used periodically as a rhetorical weapon by various online commentators who are opposed to "Drag Queen Storytime," an initiative in which drag performers read books to children, usually in libraries.

The initiative has become popular in libraries in the United States and beyond in recent years, but its spread has also brought fierce opposition and protests, largely from Christian and/or conservative parents and activist groups.

Both KHOU and The New American were accurate in their descriptions of the basic facts of the March 2019 controversy involving Albert Garza, the 32-year-old drag queen who performs using the name "Tatiana Mala Niña." (In an August 2017 interview, Garza described herself as a "transgender female." On the basis of that self-identification, the most recent we found, this article will refer to her accordingly.)

The following outline of the facts contains descriptions of sexual assault against a child which some readers might find disturbing.

In September 2009, a jury in the 232nd Criminal Court in Harris County, Texas, found Albert Alfonso Garza guilty of aggravated sexual assault -- namely that in June 2006, Garza performed oral sex on an eight-year-old boy. Under Texas law, the offense was a first-degree felony and carried a punishment of between five years and life imprisonment.

Judge Mary Lou Keel imposed a suspended 10-year sentence including five years of probation, meaning Garza avoided a prison term. Garza's probation was scheduled to end in September 2014, but for reasons that were not immediately clear at time of this publication, it was continued for an additional two years and finally ended in June 2016.

Garza appealed the conviction, arguing that prosecutors should not have been allowed to include as evidence testimony given by the boy asserting that Garza had also perpetrated two similar sexual assaults on him earlier in the summer of 2006. The Fourteenth Court of Appeals in Texas later summarized that testimony as follows:

In December 2010, a three-judge panel of the Court of Appeals rejected Garza's appeal and upheld the trial court's judgement. As of October 2019, Garza was listed as a lifetime sex offender, with a risk level of "moderate," on the Texas Sex Offender Registry.

Garza has performed as Tatiana Mala Niña ("Bad Girl Tatiana") since 2012 at the latest. In September 2017, she was one of the performers in the inaugural Drag Queen Storytime program at the Freed-Montrose public library in the Montrose neighborhood of Houston. She took part in the same event at the same library on at least two subsequent occasions, in June and September of 2018.

In March 2019, the "pro-family" activist group "Mass Resistance" revealed the fact that Garza had been convicted of aggravated sexual assault in 2009. As a result of the backlash that followed, Drag Queen Storytime's organizers ended their involvement in the event, writing that "What started as a fun community event shared between us, a couple of drag queens and kings, and a few families has become a national controversy. People are being threatened. People are being hurt. We believe in what we’re doing, but we don’t believe in putting our friends, our families, or our children in danger."

Opponents of the event had begun demonstrating outside the library in 2018, and in January 2019 a right-wing radio personality was found to be carrying a concealed handgun when he was arrested on suspicion of trespassing after he refused to leave the library. Shortly afterwards, the event was moved from the Freed-Montrose public library to Kindred, a nearby church.

The event's organizers stated that Garza was able to take part in Drag Queen Storytime because they only began performing background checks in October 2018, shortly after Garza's final appearance at the event. Houston Public Library does its own background checking on all volunteers, but according to KTRK-TV, Garza slipped through the cracks because she gave her name as "Nicky Salazar" and did not provide a date of birth or Social Security number. On March 15, 2019, Houston Public Library (HPL) apologized for the oversight in a press release:

We were made aware today that one participant for Drag Queen storytime who read at the September 29, 2018, Drag Queen Storytime has a criminal background that should have prevented him from participating in the program. We assure you that this participant will not be involved in any future HPL programs.

In our review of our process and of this participant, we discovered that we failed to complete a background check as required by our own guidelines. We deeply regret this oversight and the concern this may cause our customers. We realize this is a serious matter.

Every program sponsored by HPL is supervised by HPL staff, and all children are accompanied by a parent and/or guardian. No participant is ever alone with children, and we have not received any complaints about any inappropriate behavior by participants at storytimes.

We are taking the appropriate action to ensure that the status of every participant in every program throughout our system is verified. We will continue to review our process to ensure that this cannot happen again.

Once again, we apologize for our failure to adhere to our own process in this matter and to the hundreds of parents and caregivers who have enjoyed this program with their children.