Was Dr. Oz Trolled With Sideways 'NO' Campaign Sign?

Conveniently for pranksters, the name "OZ" turned sideways looks like "NO." 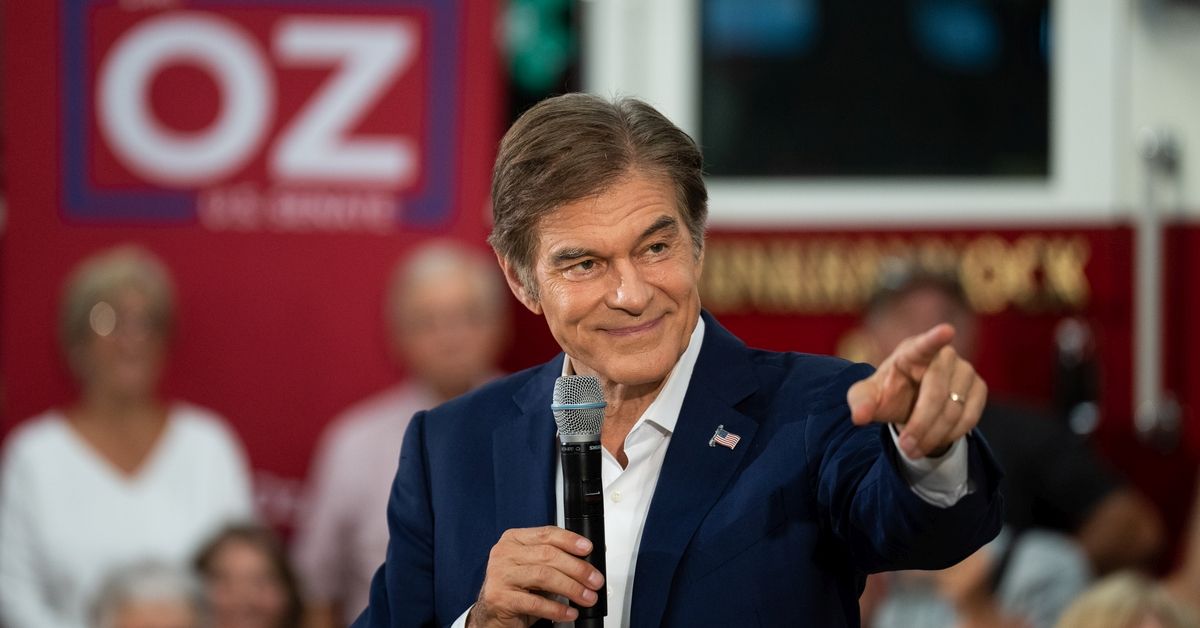 Claim:
A photo taken during a campaign stop authentically shows Republican U.S. Senate candidate Dr. Mehmet Oz being trolled by a bystander holding an "OZ" sign sideways so that it reads "NO."
Rating:

A viral photograph making the social media rounds in August 2022 purported to show Republican U.S. Senate candidate Dr. Mehmet Oz standing next to someone holding a sign for his campaign sideways, so that when read vertically, it said "NO." Under the pretense of the viral image, the person holding the sign — a member of the waitstaff at a restaurant in central Pennsylvania — was pranking the wannabe-politician without him knowing.

However, the photograph had been digitally altered and was itself a hoax. This didn't really happen. As can be seen in the original, unmanipulated version of the photograph posted to Twitter (and elsewhere) by Oz himself on Aug. 12, the person was holding the sign properly (i.e., horizontally), so that it read "OZ":

Though the manipulated version may appear authentic at first glance, a closer look reveals vestiges of hasty alteration — most notably, the absence of the sign-holder's fingers. The person, or group, responsible for the digital editing was unknown. According to local news coverage, the campaign event took place at the Capitol Diner in Swatara Township, near Harrisburg, on Aug. 12.