Greene apparently wasn't "up on thangs," as the lyrics to the song "Still D.R.E" go — in this case, "thangs" being U.S. copyright law. 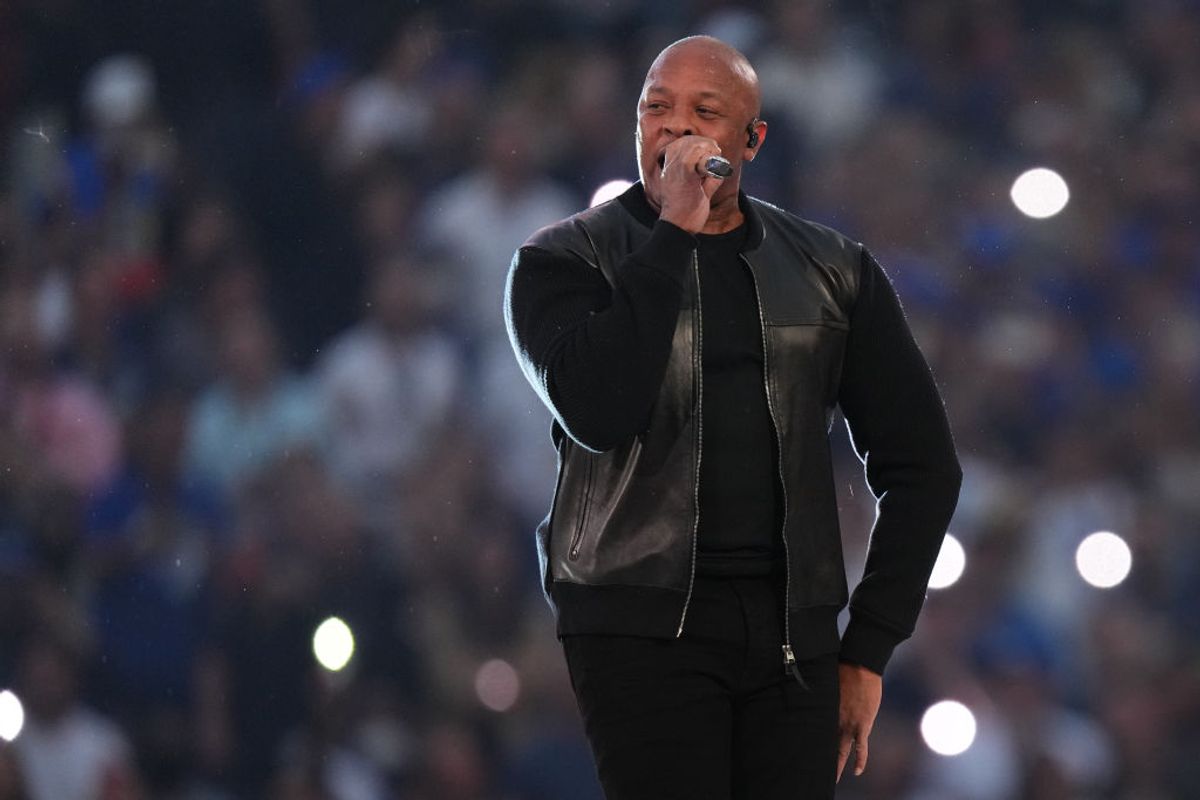 Claim:
Dr. Dre's attorney sent U.S. Rep. Marjorie Taylor Greene a cease-and-desist letter over the use of one of his recordings in a tweeted video.
Rating:

"It's time to begin.. and they can't stop what's coming," U.S. Rep. Marjorie Taylor Greene, R-Georgia, wrote in a Jan. 9, 2023, tweet containing a video reportedly showing her walking to the House floor, a mundane activity no doubt made cooler by the fact that the iconic 1990s rap song "Still D.R.E." accompanied it.

Within hours though, the video in Greene's tweet had been spiked, and a message reading, "This media has been disabled in response to a report by the copyright owner," replaced it.

Greene's post appeared to be a political promotion for the newly-sworn in GOP majority in the House, which took a slim edge in the 2022 midterm election. But rapper Dr. Dre, whose real name is Andre Young, was very much not on board with it, as the cease-and-desist letter sent to Greene by his attorney stated in unambiguous terms.

He "has not, and will never, grant you permission to broadcast or disseminate any of his music," Dre's attorney Howard King wrote, due to what he described as Greene's "divisive and hateful political agenda."

The letter was obtained by celebrity news site TMZ, which posted it online in full. King's office confirmed in an email to Snopes that the letter shared by TMZ and multiple news sources is authentic. It also contained a statement from Dr. Dre himself:

"I don't license my music to politicians, especially someone as divisive and hateful as this one."

"One might expect that, as a member of Congress, you would have a passing familiarity with the laws of our country," King wrote in the letter, later adding, "We're writing because we think an actual lawmaker should be making laws not breaking laws, especially those embodied by the constitution by the founding fathers."

It then states that Greene had violated U.S. copyright law by using Dre's song without his consent.

After the video was removed, Greene told TMZ she had a problem with the song's lyrics anyway, giving the outlet a statement apparently directed at Dr. Dre: "While I appreciate the creative chord progression, I would never play your words of violence against women and police officers, and your glorification of the thug life and drugs."

Greene has gained notoriety as one of the more extreme Republicans in Congress, after being elected to represent Georgia's 14th congressional district in 2020. She has in the past promoted various conspiracy theories, including QAnon, and in 2022 spoke at a conference led by a white nationalist. In December 2022, she was criticized for seemingly making light of the deadly attack on the U.S. Capitol on Jan. 6, 2021, stating that if she had helped organize it, "we would have won."

Greene promoted the false claims of mass-scale election fraud during the 2020 presidential election that sparked the Capitol riot.

The lyrics of the song "Still D.R.E." contain phrases that would be considered offensive to some, and the line, "still not loving the police."

The song "Still D.R.E" remains popular years after its debut. It has remained so culturally relevant that Dr. Dre and fellow rapper Snoop Dogg performed it live during the Super Bowl halftime show in 2022 — more than two decades after its initial release.

Ibrahim, Nur. "Did Marjorie Taylor Greene Say of QAnon That She 'Got Sucked Into' Things on the Internet?" Snopes, 9 Jan. 2023, https://www.snopes.com/fact-check/marjorie-taylor-greene-qanon-internet-quote/.