Was This Man Struck by Lightning Twice?

A video clip purportedly shows a man being struck by lightning two times in quick succession. 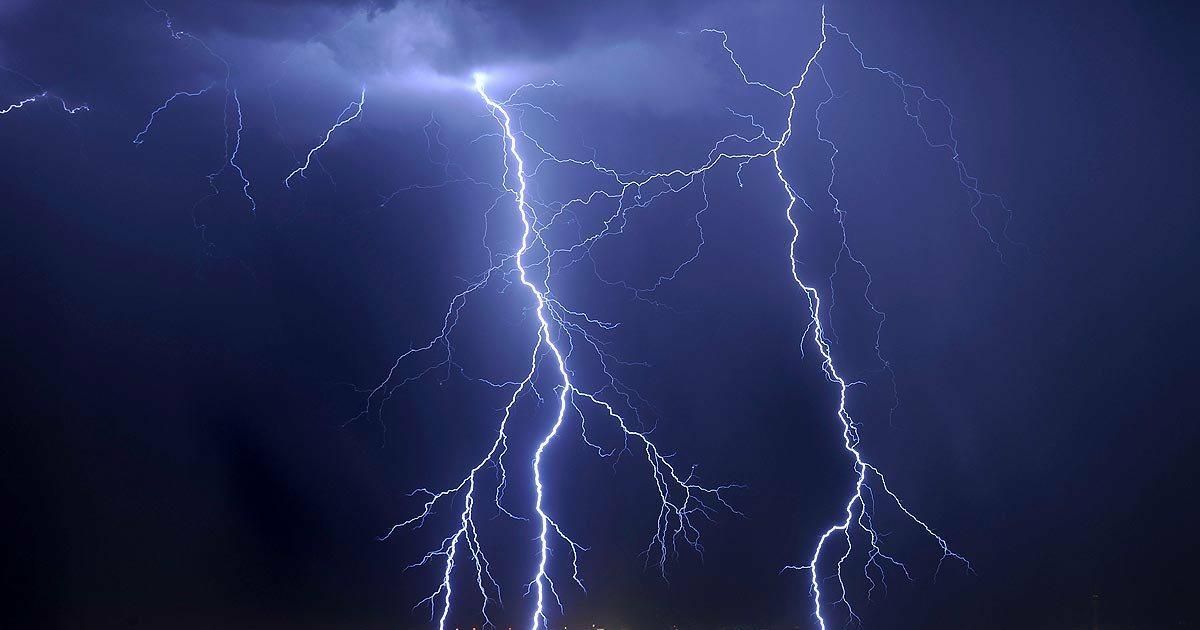 Claim:
A video clip shows a man being struck by lightning twice.
Rating:

A video clip in circulation online since 2011, appears to be security camera footage recorded during a storm in which a pedestrian is struck by a bolt of lightning, lies on the ground dazed or unconscious for about a minute, gets up and continues walking (while rubbing his presumably aching head), is promptly struck down by a second bolt of lighting (which he also survives), and after another half-minute gets up and strolls out of camera range:

Although we don't yet know the specific origins of this video, it is, for a number of reasons, certainly a staged/created one and not actual camera footage of the occurrences it purports to depict:

Direct [lightning] strikes occur when the victims are outside, often carrying metal objects, such as an umbrella. Metal (e.g., a hairpin) worn in the hair increases the chances of a direct strike compared with a metal object worn lower on the body. Although not always fatal, direct strikes are associated with high morbidity, because they frequently involve the head. Lightning strikes near the head may enter the eyes, ears, and mouth to cause multiple problems.

Lightning can cause mild to severe damage to numerous body systems. Although the current from lightning may flow through the victim's body for only a short time, it can short-circuit the body's electrical systems, such as the heart and the respiratory center of the brain.

A side flash (also called a side splash) occurs when lightning strikes a taller object near the victim and a portion of the current jumps from taller object to the victim. In essence, the person acts as a "short circuit: for some of energy in the lightning discharge. Side flashes generally occur when the victim is within a foot or two of the object that is struck. Most often, side flash victims have taken shelter under a tree to avoid rain or hail.


The following video features a technical deconstruction of the original: