According to the internet, this tourist died of fright after being photobombed by a ghost in the Sundarbans National Park. 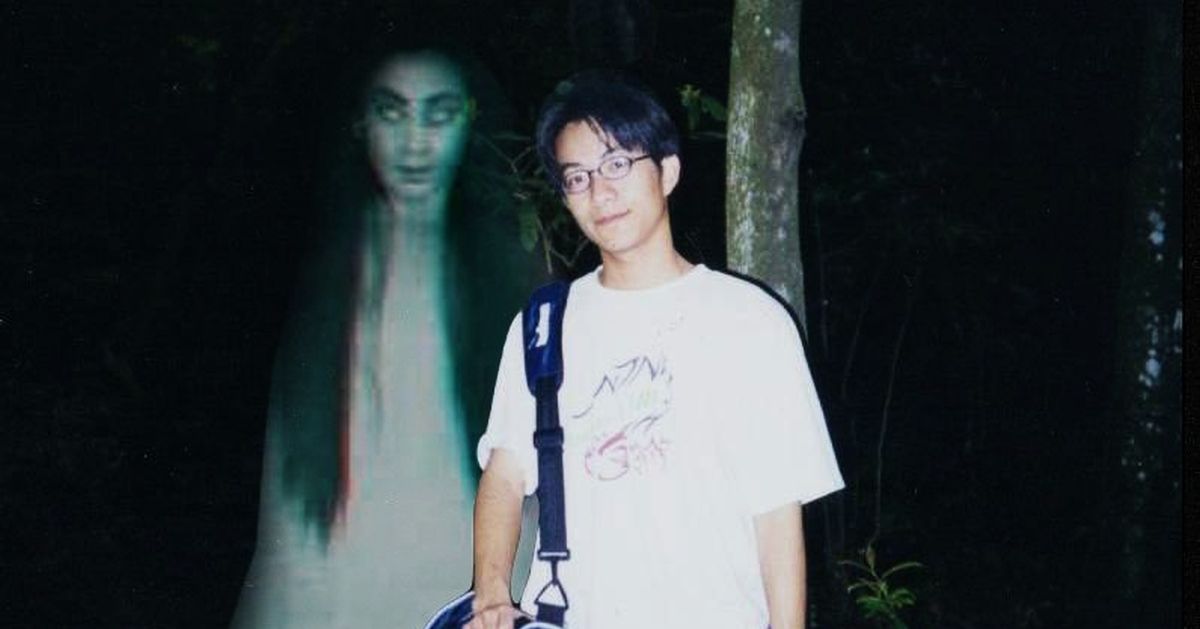 Claim:
Photograph shows a tourist who died of fright after being photobombed by a ghost in the Sundarbans.
Rating:

The guy in the photo went to the Sundarbans with his friends and he asked 1 of his friends to take his picture in that very place. While his friend was taking the picture he screamed and fainted, 2 days later he died in the medical college. Doctors said he died because of heart attack.   When the photos were exposed, in the last photo there was a lady standing right beside him though friends claim that he was standing alone. Many people said it is a rumor and the picture is the result of the blessings of latest technology. However, the photo itself is very scary and I'm sure you'll also feel the same way I've felt. Here you go with the photo!!! P/S : Do not send back to the person who send this to you!!!

Origins:   First off, for those puzzling over the reference to "Sundarbans," it's the name of a 10,000 sq. km Bengalian rainforest nature preserve in India and Bangladesh that encompasses Sundarbans National Park.

There isn't much else to say about this item other than to note that nobody really screamed and died while his picture was being taken in the Sundarbans, leaving behind a mysterious picture with a ghostly image. This item is simply a combination of two bits of supernatural bunkum first popularized well over a century ago: spirit photography and luck chain letters. The same "ghost photo" was circulated back in September 2003 with a different backstory:

Police in an Indian city say children have stopped going to school after a local newspaper was duped into publishing a photograph of a 'ghost'.

Officers say the picture, in the Thanthi newspaper in the southern city of Tiruchi, was a computer-generated fake.

The photograph shows a youngster with a legless 'ghost' with long loose hair and empty eye-sockets standing behind him.

The newspaper story claimed the boy was among a group of students from Bangalore who were visiting a picnic spot in the hills and says he went into coma after seeing the image.

In April of 2008 the photo began circulating with yet another location and story attached:

The young man in this photo visited a historic site in Georgia called Fort Mountain with his friends and he asked them to take his photo while hiking. While his friend took the photo, he screamed and fainted. Then 2 days later he died from a heart attack.

When the photos where developed, in the last photo there was a woman standing next to the young man, even though his friends said there was no one with him when the photo was taken. Many people know of this rumor and the last photo is the result of the blessings of technology. People say its the ghost of Cherokee Chief Ross's wife Madam Firecrochet.

This particular spirit appears to get around quite a bit, and she's definitely not camera shy.