Was a Man Charged $70K After Exploiting a DoorDash Glitch?

According to the rumor, a man was charged more than $70,000 after DoorDash fixed a glitch that previously allowed users to order for free. 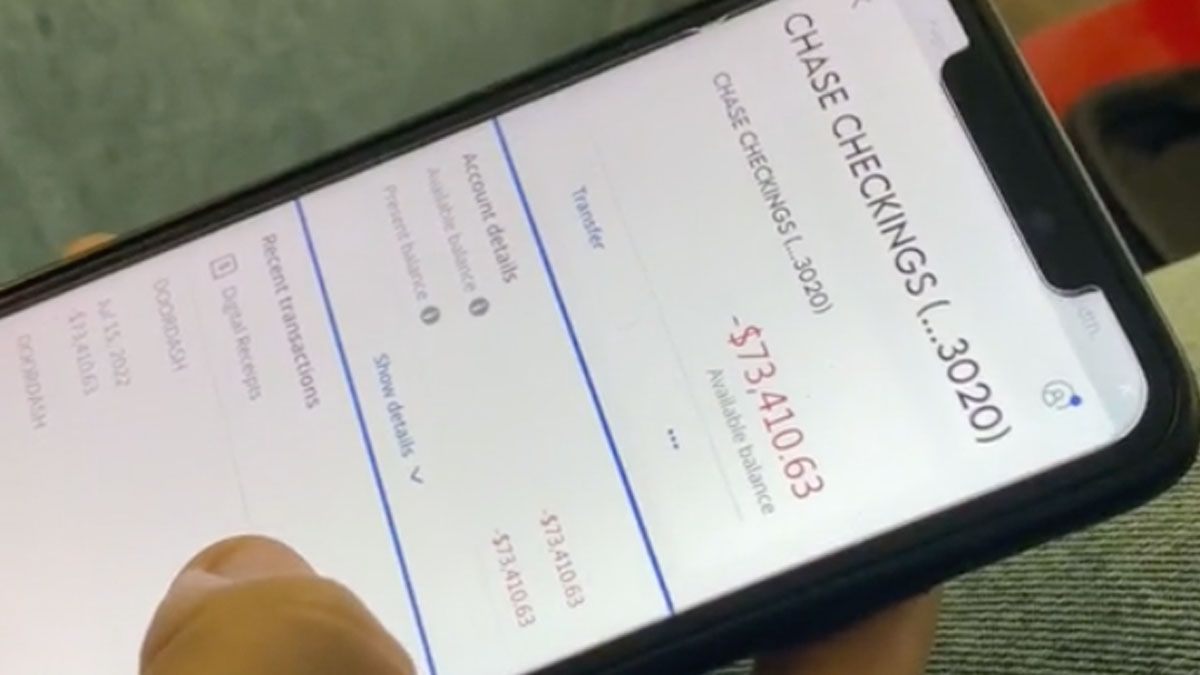 A man on TikTok claimed that he was charged more than $70k by DoorDash after exploiting a glitch. (Courtesy: @mustardpregnancy/TikTok)

Claim:
A man was charged more than $70,000 by DoorDash after the company fixed a payment glitch that he had previously exploited to place free orders.
Rating:

DoorDash truly did once experience a payment glitch that allowed users to place orders for free for a brief period of time. However, the man who made this claim in the viral clip is a content creator who makes comedic videos. The company confirmed to us by email that the video had been fabricated.

On Sept. 21, 2022, Reddit users upvoted to the front page of the website a thread that claimed to show a video of a man who was charged well over $70,000 after he had repeatedly exploited a DoorDash glitch that allowed him to place orders for free. The thread was titled, "That’s what happens when you exploit a glitch." However, this video was little more than a hoax from a TikTok content creator.

The video was originally posted by TikTok user @mustardpregnancy on Sept. 9.

In the video, the man is shown purportedly scrolling his Chase Bank checking account in the Chase mobile banking app, apparently in disbelief at having an account balance of -$73,410.63.

Some commenters on Reddit, Instagram, and TikTok all believed the video to be real. However, we soon found that it was fake.

First though, it's important to note that DoorDash really did once have to fix a glitch that allowed its users to order items for free. According to LAmag.com, the glitch occurred on the night of July 7, 2022.

In a statement, the company said it had experienced a "'payment processing issue' that allowed users to place orders without a payment method for a short period." The exploit, which appeared to last less than 24 hours, resulted in a flurry of pricey purchases as well as pictures posted to social media to document what certainly must have been a busy night for delivery drivers.

Before the glitch was fixed, DoorDash users claimed to have successfully placed orders for bulk purchases of alcohol and food from McDonald's, wings, contraceptives, television sets, and more. We contacted some of these users to find out if they were ever subsequently charged days or weeks later. One person who said they ordered $720 worth of contraceptives told us they were never charged for the products.

Here's How We Know the TikTok Is Fake

Let's turn our attention back to the TikTok video in question. First, all of the charges on the phone appeared to show a date of July 15, which closely lined up with the glitch having occurred just eight days earlier.

According to our tests with the Chase app, when the man began to scroll to look at the charges, three components continued to move when they should instead have locked into place at the top of the screen. Those components were the tiny "back" button, which is shaped like a left arrow icon, the words "Chase Checkings (...3020)," and the profile icon. Those three items continued to scroll out of view, which suggested that the man was looking at a long, vertical picture that resembled the app with altered dollar figures.

On the day after posting the viral video, @mustardpregnancy claimed in a new and apparently related comedic clip that he was unable to pay his electric bill. The video was recorded with the lights off while he used his vape pen as a light source. However, we noticed that the lights were on in subsequent videos, wherever it was that those were recorded.

Other videos created by the same user included the man supposedly showing his mother the bank statement, looking up how much money he could earn by selling his testicles, and dramatically acting upset on a couch.

Also, @mustardpregnancy is a content creator. At least three other videos showed the same person acting like a police officer in comedy sketches, one of which was recorded in the same house seen in another video. A Reddit commenter claimed, "Went to school with him, he’s a content creator, it’s not real ?."

We contacted DoorDash to ask about the video. The company confirmed to us by email that the whole thing had been fabricated.

In sum, no, the man in the video was not charged more than $70,000 by DoorDash after exploiting the company's payment glitch. It was little more than a social media hoax.

On Sept. 23, 2022, this story was updated from "Research In Progress" to "False" after we received confirmation from DoorDash that the video had been fabricated.