Did a Gas Station Sign Really Tell People Not To Insert Pump into 'Mouth or Rectum'?

Real or not, we concur: You shouldn't insert a fuel pump into ... those places. 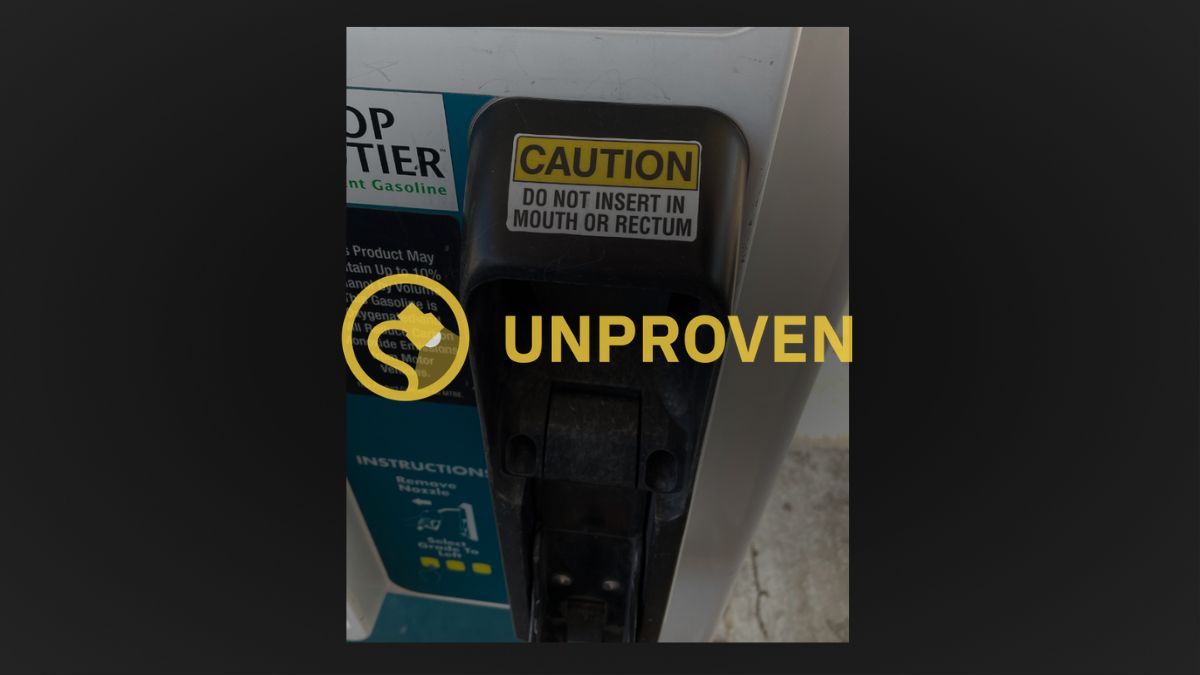 Claim:
At a service station in Oklahoma, a gas pump had a sticker on it instructing people not to insert the pump into "mouth or rectum."
Rating:

In December 2022, a photograph posted on the social platform Reddit showing a gasoline pump with a "Caution" sticker warning customers, "Do not insert in mouth or rectum" garnered a lot of attention.

The post doesn't contain much information about the sticker and its whereabouts. It only states that the sticker was seen at a gas station in Oklahoma. It appears to be stuck on a pump serving up Top Tier, a gasoline brand. The post's creator said they saw it "last year," meaning, presumably, at some point in 2021.

We did a reverse image search using both Google and TinEye, with very few results other than posts on Reddit. We also searched for the sticker's text to see if it was common enough to have been widely observed, but didn't find any results.

As of this writing, it seems likely that the sticker really was seen at a gas station, but it wasn't an official warning. More likely, it was a prank. We note that stickers with that wording can be readily purchased online. Similar stickers popped up on Reddit, this time on fuel pump handles, in 2020. Because the posts are so vague, with very little information as to where the stickers were seen and when, it's impossible to verify anything about them, as in where and when they were seen.

Gas stations are not-infrequent targets of gag stickers and hoaxes. During a period of elevated gas prices in May 2022, we debunked a doctored photograph of a video screen at a Costco gas station saying, "Don't blame us. Blame Joe Biden."