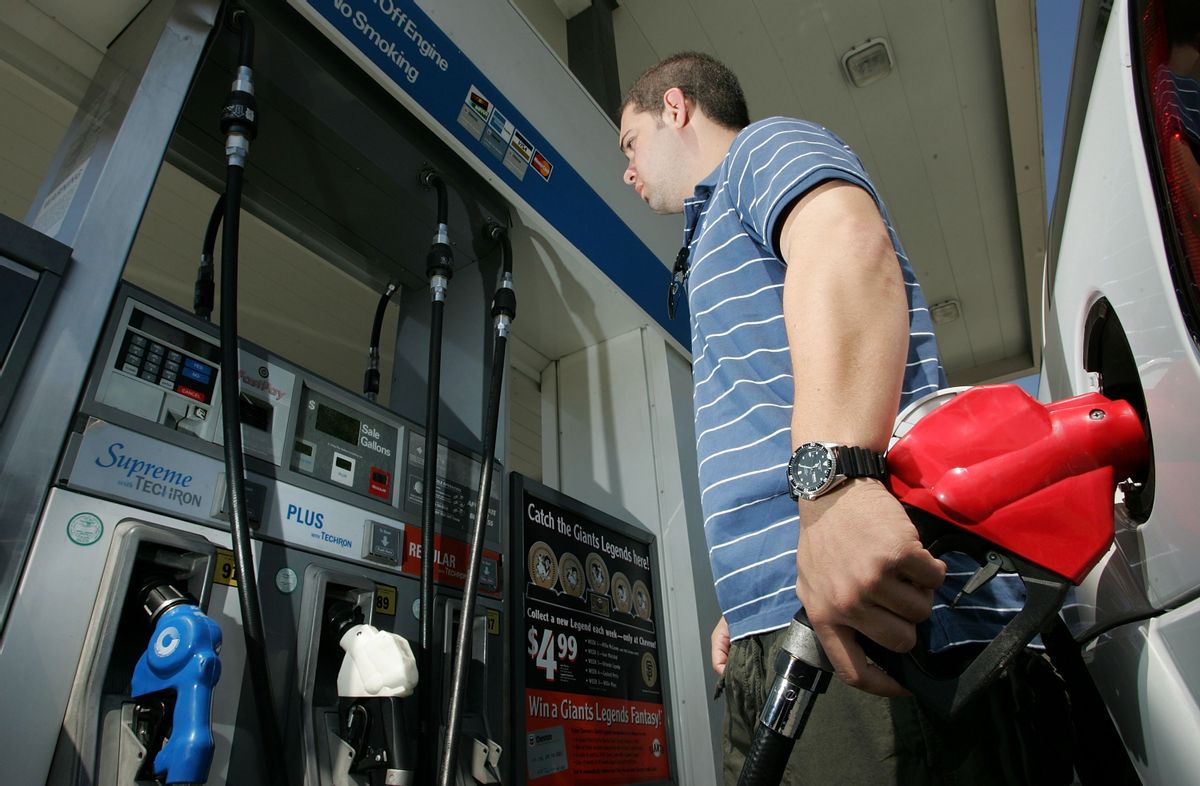 According to when it was shared, and how commenters interpreted the meme, it was posted in opposition to U.S. President Joe Biden and in support of former U.S. President Donald Trump.

For example, one commenter said: "WHO WANTS TO BE A DEMO," referring to Democrats. Another commenter remarked: "Who ever vote it for this shit not to smart." However, this meme missed the mark.

We found the top photograph with high gas prices on a Walt Disney World forum from July 26, 2020. Trump was in the White House at the time. We were unable to find any earlier years when it had been posted online.

Meanwhile, the bottom picture in the meme with low gas prices of $1.74 for regular unleaded was published on a stock photography website on Sept. 9, 2016, according to the page's source code. At the time, former U.S. President Barack Obama was in office. The picture may have been captured prior to this date.

So aside from poorly chosen pictures, what's the truth behind gas prices in 2020 and 2021? It all comes down to the COVID-19 pandemic. The demand for oil initially dropped, leading to falling prices beginning in March 2020, something that many consumers might remember.

On May 26, 2021, The Associated Press published why gas prices were once again on the rise after having dipped so low in the previous year.

In sum, the pictures in the meme were not from the time periods referenced by the meme and by Facebook commenters. Further, the fall and rise of gas prices in 2020 and 2021 had less to do with politics, and more to do with the COVID-19 pandemic.