Are More People Killed By Donkeys Than Airplane Crashes Annually?

This rumor has been circulating since at least 1987, when it was cited in an article about efforts to help people overcome their fear of flying. 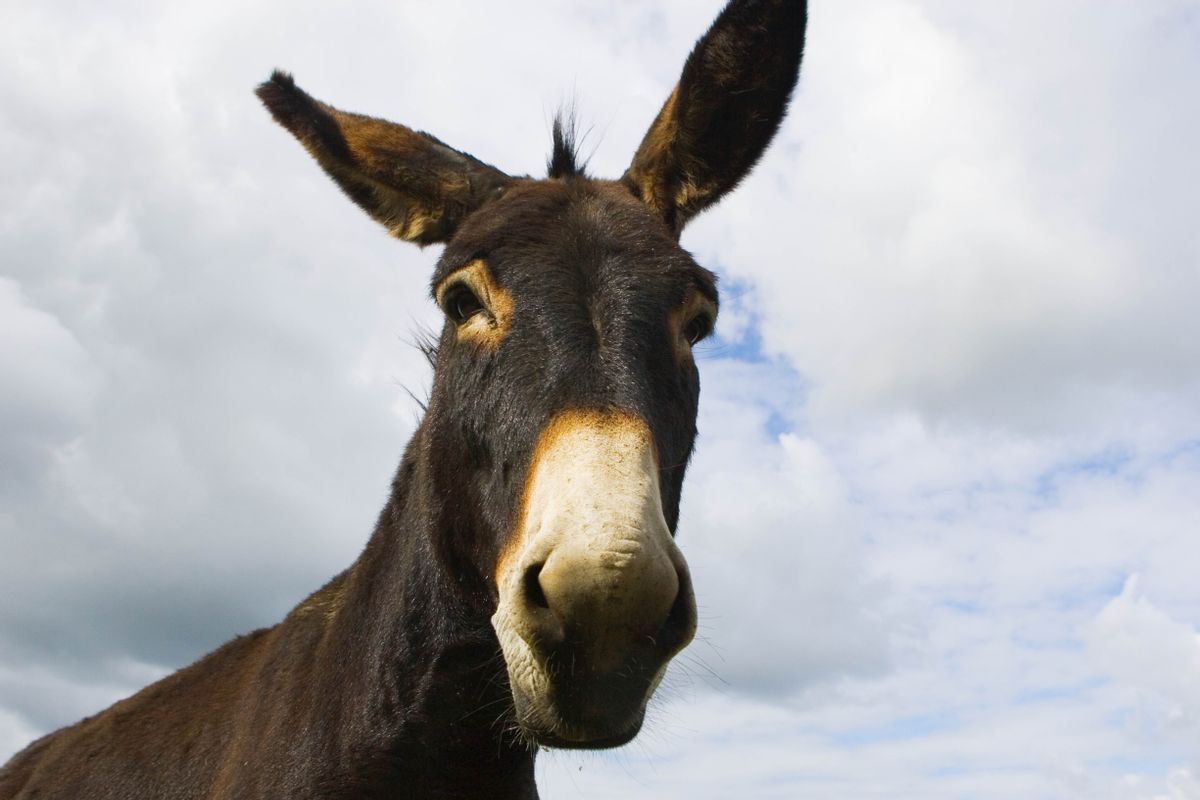 Claim:
More people are killed by donkeys every year than die in airplane crashes.
Rating:

Fear of flying is one of our more prevalent phobias, ranking right up there with a dread of heights or terror of snakes.

However, unlike many other phobias, it’s reinforced on an ongoing basis by events featured on the nightly news. Coverage of plane crashes works to remind those who have a fear of flying exactly what they’re afraid of, and these grim images are familiar TV fodder because mishaps involving airliners are given prominent news coverage, even if no one aboard is injured. When there is loss of life, the death toll per incident is usually high because an accident serious enough to kill one person generally kills everyone aboard.

All of this serves to reinforce the fears — that many people died in one fell swoop as a result of engaging in a particular activity (i.e., flying) is interpreted to mean that the activity itself must be inherently dangerous.

Other activities are far more likely to lead to loss of life, but because the death tolls associated with them mount up more slowly — only a body or two at a time — we are not dramatically reminded of this fact in the same way the dangers of flying are brought home to us when we snap open our morning newspapers and are confronted with the news of another plane crash. Automobile crashes resulting in loss of life occur every day, but we gloss over recognition of the number of car-crash deaths because the information comes in dribs and drabs. The annual figures of automobile crash fatalities never carry as much impact as a single, front-page headline of an airplane crash that claimed hundreds of lives.

It becomes easy for the average air passenger to believe that airline travel involves significant risks, even though statistically it may be much safer than any number of activities people regularly undertake without much concern over potential dangers.

The statistic about more people being killed every year by donkeys than airplane crashes works to counter those misperceptions by highlighting that, contrary to what we may think, a slow, clumsy, primitive mode of transportation is actually more dangerous (or at least kills more people) than air travel. We like it because it makes us feel better about flying, and because we’re sadly in need of reassurance.

But is this donkey-to-airplane comparison true?

No one could possibly say, because while data about airplane crashes is readily available, we have yet to find so much as a single source for donkey-induced death statistics. This fanciful comparison certainly vexes donkey lovers though, as evidenced by the vehement denial of it in the FAQ on the American Donkey and Mule Society’s (ADMS) website:

Q: I saw this statement on the internet that 'More People are killed by donkeys than in airline crashes each year. Now my spouse doesn’t want me to get a donkey! Is this true? Help!'

A: NO, this statement has been plaguing us for several years now. It first appeared somewhere as a 'factoid', but it, along with several others on that list, is TOTALLY FALSE. (We now hear that the National Geographic channel is using it in a commercial!) Until recently, we had absolutely NO IDEA where they got the so-called fact to base this rumor on. We have now found out that it was spawned due to the numbers of auto accidents caused by loose donkeys in Mexico and the Middle East! We often hear of people being INJURED by their donkeys, but can’t yet name one case where someone in the USA was killed by a donkey — and there have certainly been hundreds of people killed each year in plane crashes. You’d think that several hundred people killed by donkeys each year would be publicized better somewhere OTHER than a 'factoid sheet.' People contact the ADMS for all sorts of reasons, but having searched the archives, we cannot find any notices of members or people killed by a donkey. (In Nov 2005 we found one headline of a man in Egypt being killed by his donkey — he had beaten the animal and it savaged him.) In truth more people are bitten by their family dog! Being killed in an auto collision with a loose donkey is not being killed by a donkey – it’s being killed in an auto collision, which happened to involve a donkey. Help us to dispell this awful rumor-mill factoid — it’s not true, it’s bunk, treat it as such. Please don’t let this statement stop you from getting a donkey or any other animal if you wish to own one!

We’ve traced the claim at least as far back as 1987, when it was cited in the London Times in an article about — not surprisingly — efforts to help people overcome their fear of flying:

The statistics on the safety of flying are immensely comforting, despite recent reports of a near-miss between a 747 and an RAF Hercules over Carlisle, and the Boeing 747 captain who apparently had to be reminded to lower his craft’s undercarriage before landing at Heathrow. One expert has estimated that more people in the world are kicked to death by donkeys than die in plane crashes.

And that’s pretty much it. From then on, this statistic has been cited over and over in newspapers and year after year on the internet, but never with any references to support its validity.

Well, if it can’t be proved, is it at least plausible?

But the claim that donkeys directly kill (by kicking) more people every year than airplane crashes do is a bit much to swallow without something to back it up. (The number of airline-related fatalities varies from year to year, but a figure of 1,200 deaths per year is a reasonable average.)

The donkey statistic sounds like what the Times (almost) claimed it was back in 1987: something invented on the spot by an “expert” to make the point that people are too often influenced by considering isolated bits of information rather than examining them in an appropriately larger context.

Others confronted with this item have offered some pithy rejoinders:

This article was updated to meet Snopes' formatting standards on Sept. 28, 2022.