Donald Trump Wrote that Being an Atheist Gives Him a Business Edge?

A fake Art of the Deal quote was shared as meme in mid-2017. 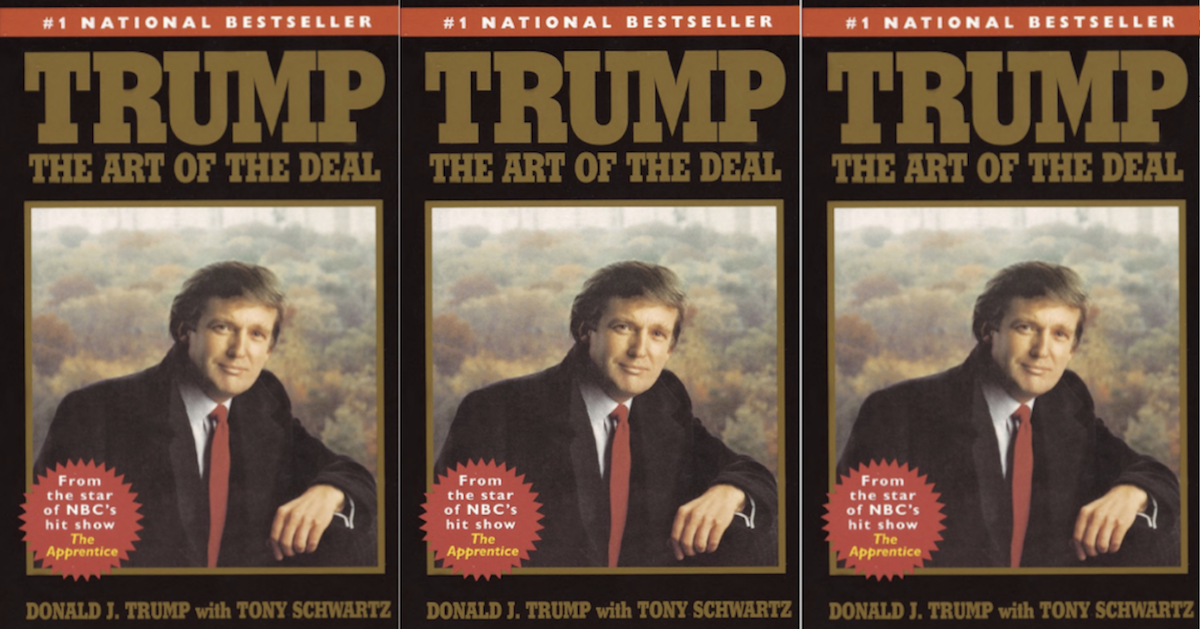 Claim:
Trump's 1987 book The Art of the Deal says that being an atheist gives Trump "an edge in every deal."
Rating:

A purported quote about the business advantage of being an atheist from Donald Trump's 1987 book The Art of the Deal has been circulating as a meme since at least May 2017: "Being an atheist gives me an edge in every deal. Christians are too moral for business."

This quote does not appear in Trump's The Art of the Deal. We searched various digital copies of the book and found no incidence of these sentences -- or even the word "atheist." In fact, Trump's book is practically void of religious mentions (it is, after all, a business book).

Although the Art of the Deal quote is fake, the New York Times quote in this meme is real and appears on the cover of some editions of the book. On 7 December 1987, Christopher Lehmann-Haupt ended his review of The Art of the Deal by saying that "Mr. Trump makes one believe for a moment in the American dream again." However, the meme excludes the next sentence: "It's like a fairy tale."

A similar rumor holding that Trump identified himself as an atheist spread during the 2016 presidential election. In that case, the rumor was that Trump had bragged on The Phil Donahue Show in 1989 that his "impossibly high I.Q." made it impossible for him to not be an atheist. We found that quote to be fake as well.