A fake Donald Trump tweet claiming that he's been a plant for Hillary Clinton all along wasn't actually sent by the Republican presidential candidate. 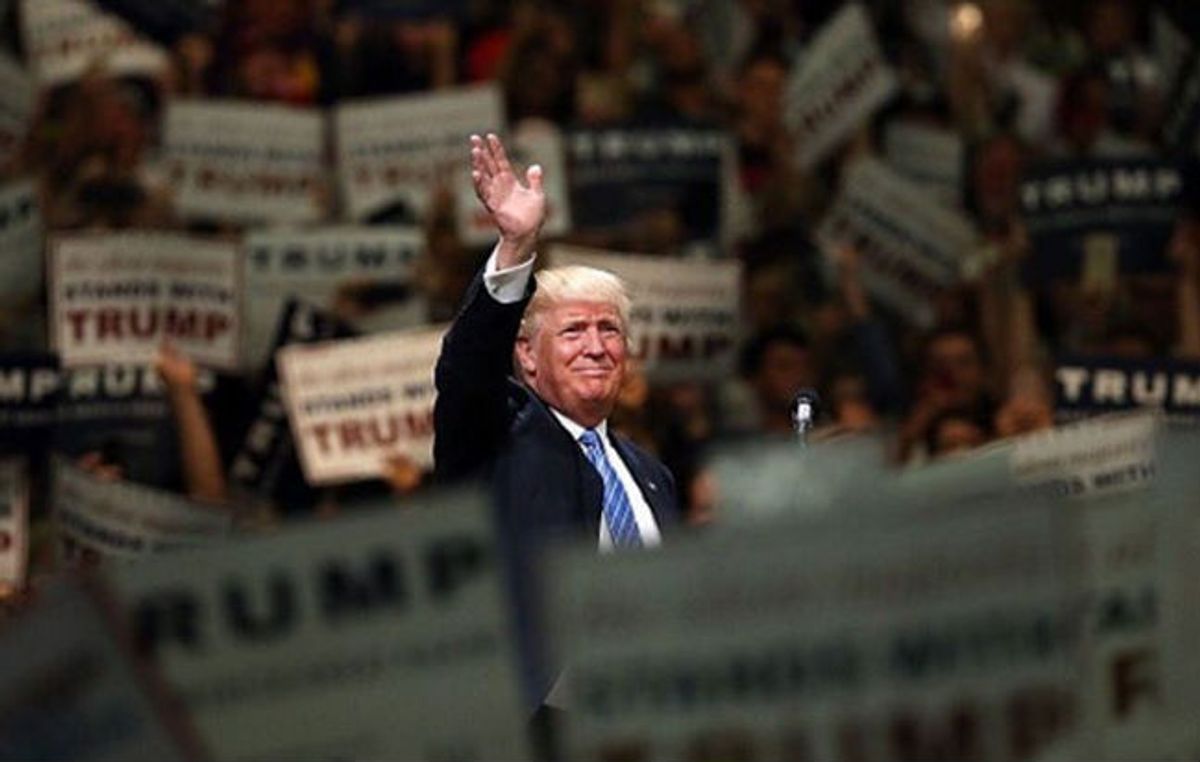 Claim:
Donald Trump admitted on Twitter that he was a political plant for Hillary Clinton.
Rating:

As Donald Trump inched closer to becoming the Republican nominee for president, an image supposedly showing a tweet from his official account in which he admitted that he was a plant for Hillary Clinton started to recirculate on social media: There are several ways to tell that the above-displayed image is a fake tweet: First, Donald Trump is a verified Twitter user, but this image does not carry Twitter's verified blue symbol, and this Tweet does not appear in Trump's timeline on 31 March 2016 or at any other time.  Also, the date of this Tweet is suspiciously close to April Fool's Day.

The fake tweet was created by the web site ALibertarianFuture.com and was originally featured in an April Fool's Day article:

The rumors were true after all. Donald Trump just admitted he was a Hillary Clinton plant the whole time.

Many have suspected as much but now Donald Trump himself has admitted that he is running as a Republican to ensure Hillary Clinton will win in November. Trump revealed via Twitter that he made a deal with Hillary in late May mere weeks before he announced his run.

After Donald Trump made this announcement we reached out to his incarcerated campaign manager Corey Lewandoski who filled us in on the whole story:

To summarize: Donald Trump didn't admit that he was a political plant who only ran to make sure that Hillary Clinton would become President of the United States. The image circulating on social media is a fake tweet, and it was created as an April Fool's Day joke.