In 2013, Donald Trump issued multiple warnings to his predecessor about attacking Syria without congressional approval. 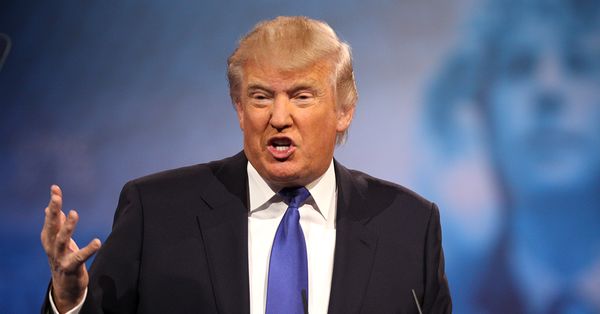 Claim:
Donald Trump leveled the same criticisms against President Barack Obama over Syrian strikes that were later used against him.
Rating:

On the evening of 13 April 2018, the United States and European allies launched airstrikes against Syrian research, storage, and military targets as part of an operation intended by President Donald Trump to punish Syrian President Bashar al-Assad for a suspected chemical attack near Damascus that reportedly killed more than 40 people.

Although President Trump and his supporters declared the airstrikes a success, others criticized the chief executive, charging him with not obtaining congressional approval before acting, with needlessly involving the United States in another no-win conflict, and with attempting to use military action in order to divert attention away from his multiple vexing political problems (such as the ongoing Russian collusion investigation, the Stormy Daniels payoff, and the release of former FBI director James Comey's memoir).

Whatever the merit or validity of the criticisms, it is true that Donald Trump issued the tweets attributed to him above, preemptively warning his predecessor against attacking Syria without congressional approval and/or as a ploy to keep up his poll numbers:

Polls are starting to look really bad for Obama. Looks like he'll have to start a war or major conflict to win. Don't put it past him!

What will we get for bombing Syria besides more debt and a possible long term conflict? Obama needs Congressional approval.

The President must get Congressional approval before attacking Syria-big mistake if he does not!

The only reason President Obama wants to attack Syria is to save face over his very dumb RED LINE statement. Do NOT attack Syria,fix U.S.A.