Donald Trump-Themed Ornaments Made in China

Rumors that Donald Trump's "Make America Great Again" Christmas ornaments were made in China were based on speculation. 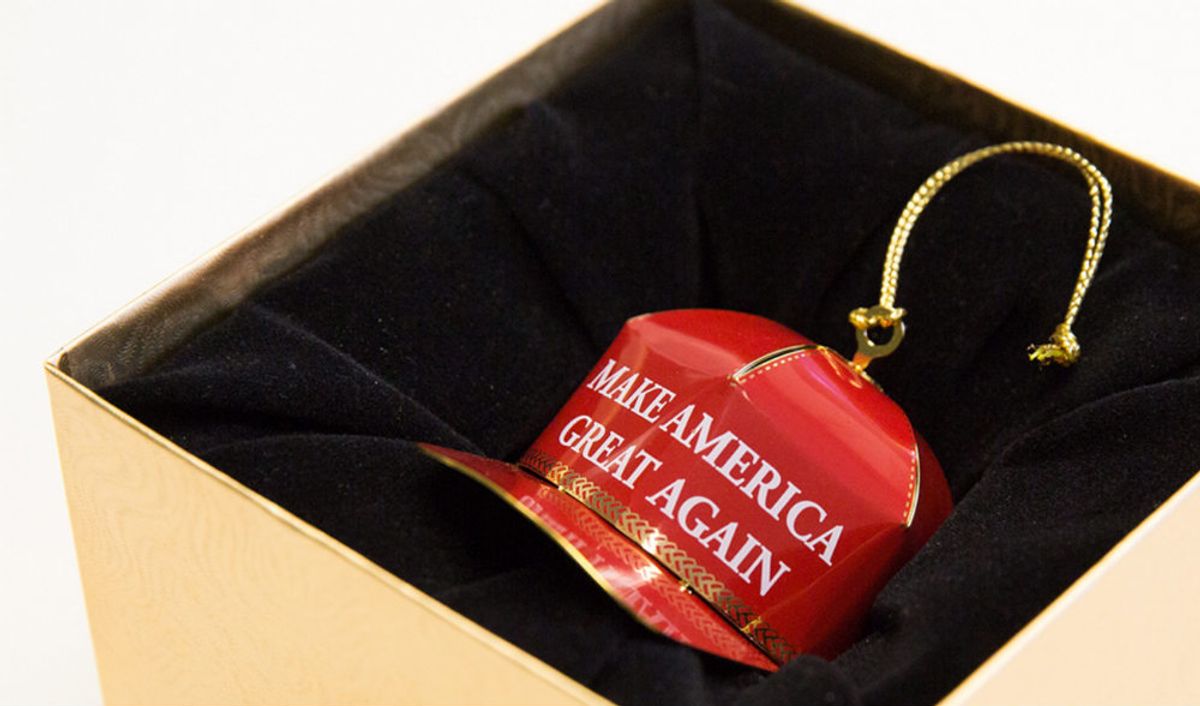 Claim:
Donald Trump's Christmas ornaments were all made in China.
Rating:

In November 2016, President-elect Donald Trump began selling "Make America Great Again" Christmas tree ornaments, offering them on his web site in exchange for a donation of $149 or more. Several third-party companies also offered the ornaments (or lookalike versions) on Amazon.com.

The review sections for all of these pages were quickly filled with politically charged comments, including several people who claimed that the ornaments were made in China:

These claims were not accompanied by any evidence: no photographs were provided showing that the ornaments were labeled "made in China," and even if they were, the Amazon listings came from third-party sellers and were not officially affiliated with the Trump campaign.

The official listing on Donald Trump's web site states that the ornaments were "proudly made in the USA": This collectible ornament commemorates Trump’s commitment to the Christmas spirit and will be a great addition to your family’s tree this year.

Contribute $124 or more now and get yours before Christmas!

Proudly made in the USA.

Spokeswoman Hope Hicks also told reporters that the ornaments were products of the United States.

The claims that Donald Trump's "Make America Great Again" Christmas ornaments were actually made in China appear to have originated in the review section of an Amazon.com page that (like many Amazon pages) was filled with politically charged comments and jokes. The Trump campaign, however, stated that the ornaments are indeed made in the United States.